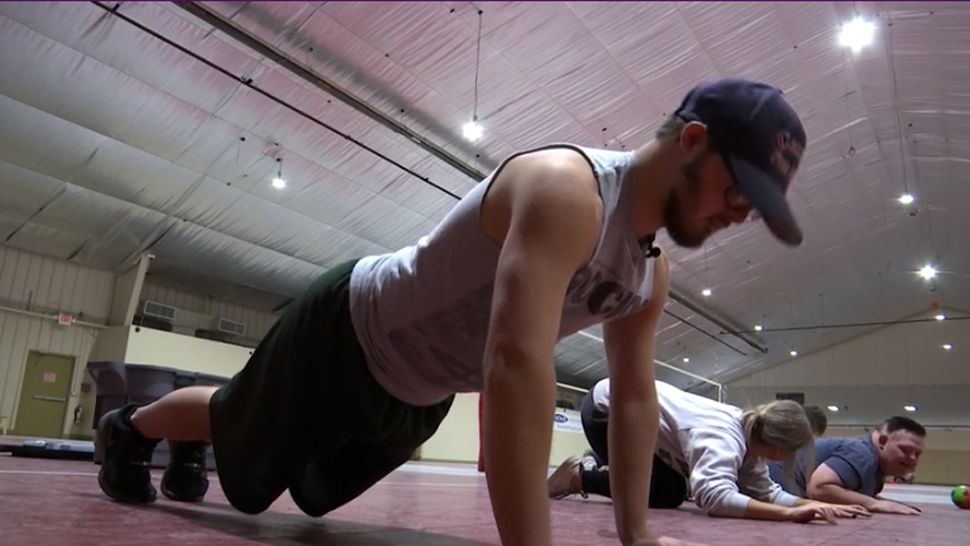 CLEVELAND, Ohio — “When Jacob was born, we never imagined that he'd be able to do all this stuff physically, and at the same time, help other people become more physically fit,” said Tony D’Orazio.

Nineteen years later, Jacob D’Orazio is living a life without limits, making goals for himself, and accomplishing them one by one despite having Down Syndrome.

His father Tony says he and his wife didn’t know anything about down syndrome when Jacob was born, but what he did know, was that Jacob would be active.

“I don’t know how I said it to the physician, but I said he’s not going to be, you know, inactive! We’re gonna do stuff with him and started him being active when he was really young. He’s been in Special Olympics, 50-yard dash, hundred-yard dash and in Columbus for the last, I don’t know, ten years. he is involved in the softball throw, he’s on the golf team.” Tony D’Orazio says.

Jacob not only began to love fitness, but he also did one better, he started to share the skills gained with other people in the special needs community, and now he teaches fitness classes.

Jacobs Ladder Special Needs Fitness has the goal of increasing the health and fitness level of the special needs community. The program is not only transforming bodies; it’s changing minds.

“We do planking; we do squats, we do a nice jog around the court.” Jacob D’orazio says.

Jacob says the fitness program is all about focusing on what they can do and forgetting the many times they’ve been told what they can’t.

“They get more confidence to workout and stay healthy and get stronger,” he says.

Jacob’s father says at this point nothing Jacob does or accomplishes surprises him.

“Jacob was actually on the high school wrestling team one year, and he did okay. he hung in there.” Tony D’Orazio says.

Jacob says down syndrome has never held him back; in fact, it’s what motivates him to keep going.

“I was born with it, but it doesn’t define me.  just like Rocky, a contender who refused to give up, but he kept on trying.” he says.

Jacob has goals of being a firefighter or policeman, and he recently had an interview with a local fire department.