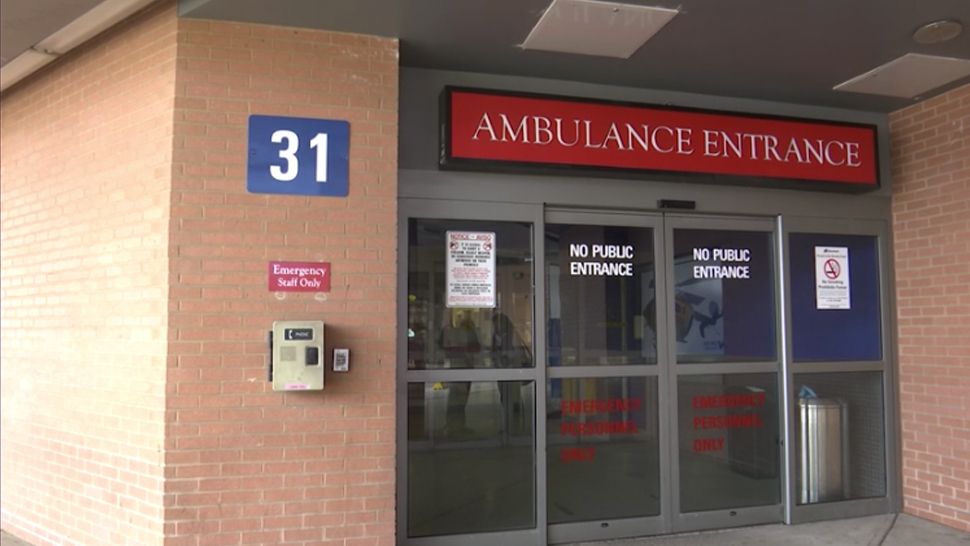 CLEVELAND, Ohio — What happens to a gunshot or stab wound victim, once healed and discharged from the hospital?

Well, studies show that before long, especially in major cities, the victim ends up right back in the emergency room.

“A lot of times they will repeat patients. So medical staff would work on them, get them patched up and basically send the patient back out to the same community without any resources,” said Andrea Martenus-Peters, violence injury prevention coordinator, Northern Ohio Trauma System Violence Prevention Program.

The Northern Ohio Trauma System (NOTS) Violence Prevention Program is on a mission “to stop the revolving door of violent injury” at Cleveland’s MetroHealth System and University Hospitals.

The work is led by Cleveland Peacemakers Alliance, a community-based organization.

Community members with the alliance aren’t exactly first responders, but are often the some of the first called when violence erupts in Cleveland communities.

“They have this credibility… So, many of our partners from the Peacemakers Alliance live in the community that they work in. And they know a lot of the patients, they may know the family members, so they're able to feel the connection,” said Martenus-Peters.

Dwayne Nelson is a violence interrupter with the Cleveland Peacemakers Alliance.

He comes into the hospitals to guide victims through injury and prepare for them to be discharged.

He consoles families and offers them resources to ensure the incident that got them in the hospital doesn’t happen again.

Nelson says some of his most important work is preventative. It’s community engagement.

“Here in the community, we try to be within the high crime areas, as far as gang-related, drug-related areas, we try to be at the community centers with the youth to try to prevent them from being in the streets,” said Nelson. “They see me coming through, I ask ‘em ‘are y'all all right? Anything going on in the neighborhood?’ You know, so from experience of me being one of those youth in the neighborhood, they really can relate to me.”

“When my child was killed in Cleveland, I didn't know what to do. Because at this present time while I was, my mind was gone. To lose my 15-year-old daughter in the streets of Cleveland,” said nelson.

Nelson says at the time of his daughter’s death in 2011, MetroHealth didn’t really have a system in place to support his family and he didn’t know what resources were out there once he returned home.

“A lot of times, if you are back in the same situation over and over, you may think that there is no way out,” said Martenus-Peters. “So, we want to put in resources that would allow for job readiness training, finishing up your education, safety reasons that you may want to relocate out of the community.”

“Chances of being a re-injured individual or perpetrating any type of other community violence has lessened tremendously,” said Cloud. “I would dare to say about 45%, because there's hope in this step as long as you're moving forward through some hope.”

“I try to help every individual in some way, even if it's just talking to them, helping them get a job, staying on them. Sometimes I get so close to these kids that I'll be acting like they’re my child,” said Nelson.

The program has been so successful, that it was recently accepted into the National Network of Hospital-based Violence Intervention Programs.

The NNHVIP network strives to deescalate volatile situations in hospitals throughout the U.S.

“NOTS, Cleveland Peacemakers Alliance and MetroHealth… and now we add University Hospital, in the community to help with some of the gun violence that's going on. That's thumbs up. Because no one ever did it like that,” said Nelson.

The local, hospital-based initiative is one of only 38 in the country in the National Network of Hospital-based Violence Intervention Programs.