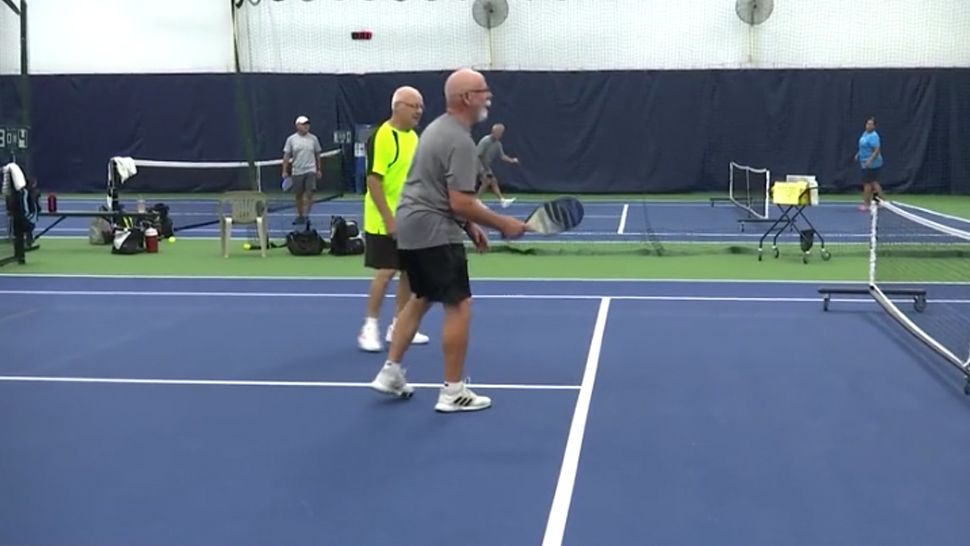 Pickleball: The Fastest-Growing Sport in America

COLUMBUS, Ohio —Pickleball is a sport that's becoming quite the hit all over the country.

"It's kind of a combination between ping pong and tennis, on a badminton court, using a wiffleball and a big ping pong paddle," said Jim Bender, Pickleball player.

"By percentages, it’s the fastest-growing sport anywhere right now,” said Bob Hilborn, manager, Scarborough East Tennis Club. “It started out with the older generation, probably 50-plus. But now we're starting to see a lot of younger kids get involved in their 20s, and now there's talk of it becoming a sport in high school.”

"Started playing and never looked back.  Got addicted to it the moment we started playing," said Gerry Bennett, National Pickleball Association ambassador.

Gerry Bennett​'s love of the game has transformed into an official position as a National Pickleball Association ambassador, meaning he volunteers to help grow the sport however he can in central Ohio.

"I play sometimes 7 days a week, sometimes twice per day," said Bender. "It's just a lot of fun and it's a good exercise.  I lost about 70 pounds since Christmas just playing a lot of pickleball.”

“When you're talking about older folks, it's getting a lot of them mobile again and moving around and getting out and making friends and being very socially active," said Bennett.

The games may be quick, but the social strength is the benefit everyone raves about — the friendships built around a uniquely-named sport.  And rumor has it, that's thanks to a dog named Pickles.