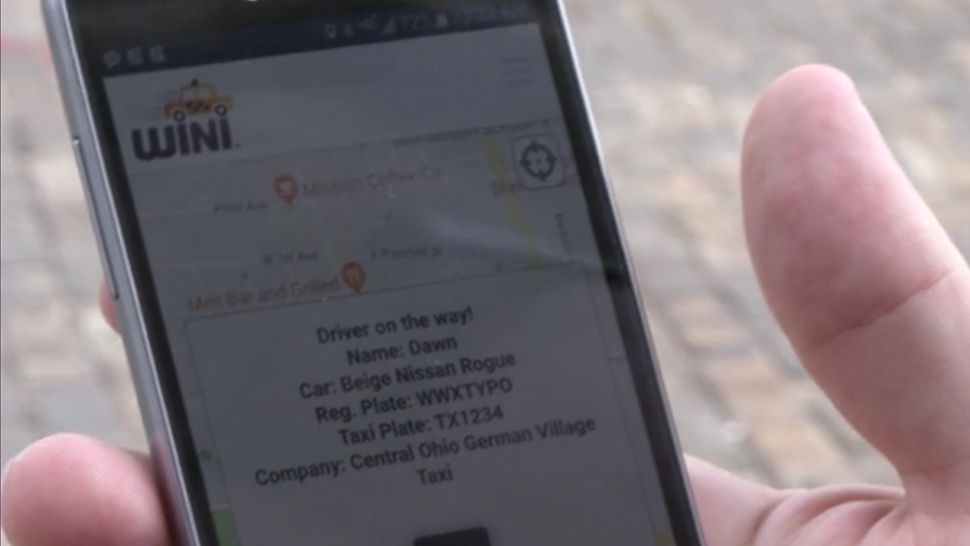 COLUMBUS, Ohio—Mohamed Farah says when he came to Ohio in 1996, driving a taxi was a good way to earn a living.

“Before the rideshare comes in, we were living a sufficient life, we were paying our bills on time. We have to raise our family like everyone else,” said Farah, Independent Taxicab Association of Columbus.

That all changed when rideshare companies like Uber and Lyft came to town a few years ago.

Farah claims his business dropped in half because of rideshare competition.

“It's devastating, and we know without technology, we could not stay in the business for the long term,” said Farah.

That's one of the reasons the CEO of WINIcabs brought his technology to Columbus — to give the Independent Taxicab Association drivers an updated way to compete.

“This is a lifeline for the taxi industry, they have suffered,” said Paul O’Loughlin Kennedy, WINI Technologies CEO. “Because of the fragmented nature of their business, it's very difficult for them to get a technology that would work for them.”

The WINIcabs app is now available through mobile devices.

It works a lot like other rideshare apps – users can request a cab from anywhere in the city and will be paired with the closest taxi driver.

And they can pay through the app with a credit or debit card.

“Instead of your taxi having to drive maybe 6,8,10 miles to come to you because you've rung one specific taxi company to get you, now you'll get the closest available taxi,” said O’Loughlin Kennedy.

WINIcabs says their drivers have to adhere to taxicab laws in the city and pass a fingerprint check every year.

“They're all triple-background-checked, they do very serious safety procedures,” said O’Loughlin Kennedy.

WINIcabs expects to expand to other cities in Ohio soon, but the app is available for Columbus riders.

The company says prices are comparable to rideshare, with one exception –WINIcabs has no surge pricing.

And Farah says this technology will help both his fellow drivers and their passengers.

“This makes easier for your time and your driver's time. It makes it smooth everything... boom, boom, boom, that's it,” said Farah.