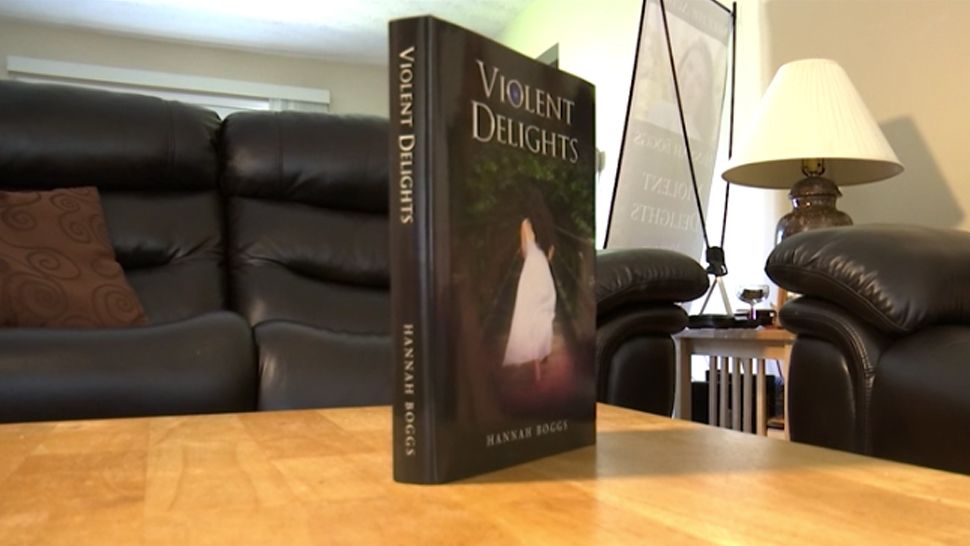 She's writing and resting easy—as good days are sometimes hard to come by.

And it's been like that since about eighth grade.

"It's just this sharp pain that feels like it blinds you and you just can't see and you're just standing there like this,” said Boggs. “But other times, it just feels like you've been hit over the head with a hammer." ​

Often times it leaves her struggling to get through an entire day.

The dancer at heart, used to be at a traditional brick and mortar school, but her mom says just getting her there was a challenge.

"She would be so sick in the car. She could get violently sick some mornings. She couldn't hold things down. She couldn't eat. We'd have to turn around and come back home," said Jeanette Boggs, Hannah’s mother.

And on the days she did get there, navigating through the halls with dizziness, a migraine, and nausea all at once was a chore, making it nearly impossible for her to stay.

"You know you're staggering and you're just trying to get through but you can't really navigate the stairs,” said Hannah Boggs. "You feel like you're suspended in space and you just like can't really hold onto anything ‘cause nothing feels like it's really there."

By the end of her freshman year...

Missing 9 out of 10 days of school regularly, her parents eventually pulled her out of school so that she could take classes online at her pace.

She eventually stopped dancing too.

But it was during this time, that Boggs put her energy into something else —writing a fiction book inspired by classic gothic literature.

And "it" is titled Violent Delights.

The book gave her a chance to project her feelings about her own situation onto the pages, while telling the story of another girl she danced with who suffered from seizures.

"Girl moves to a new town for medical treatment and meets two magical twins who take an interest in her, but it doesn't go as well as she hopes," said Boggs. "I align myself with the heroines in this book because a lot of the times they were trapped in some like castle and they couldn't really get out, or they were struggling against some unseen force.”

Hence, the migraines with associated vertigo she lives with.

​"I was surprised when I read it...there was a couple of twists at the end that I did not see coming,” said David Boggs.​

Even the twist of it being published and sold online.

As Hannah and her family attempt to take it all in...

"It's exciting to see that she accomplished that," said Jeanette Boggs.​

"It's surreal because I didn't think I would really be able to do something like this while I was still in high school," said Boggs.

But now she has and is well on her way to completing her second book of the trilogy, which she hopes will be published soon.