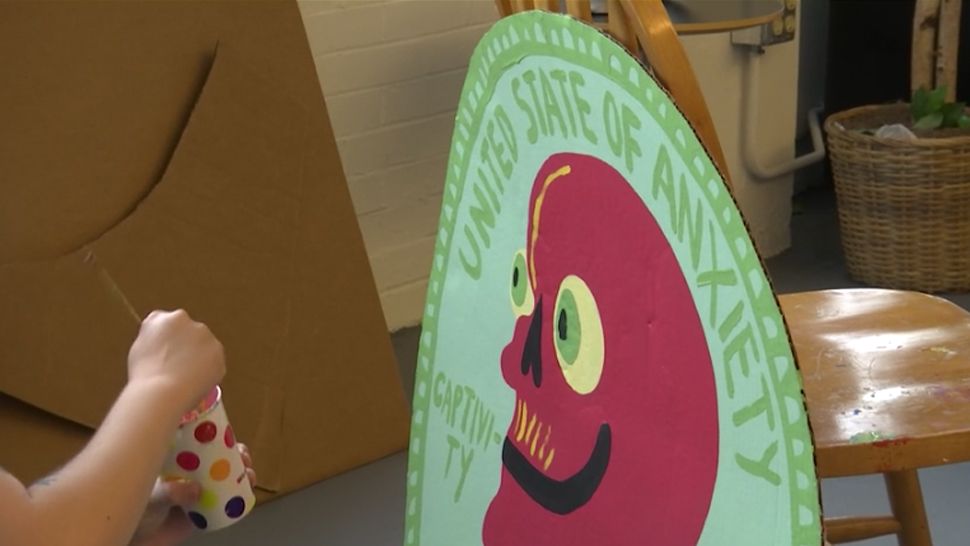 The Art of the Protest

COLUMBUS, Ohio—While protests often call attention to large numbers of people rallying together, they also draw attention to the message they're trying to send with the signs we often see.

For the first time, a class at one Ohio college is giving its students the chance to send their own message.

There's been lots of protests over the years from women's rights to equal rights and even voter's rights...and often times those stories are told with posters, but we haven't seen it all as this generation looks to speak truth to power through their own art.

One stroke at a time, students at the Columbus College of Art & Design mix, shape, and create powerful messages— messages they're passionate about.

For Brielle Smith, her work centers on the suffrage of women and people of color on campus.

"So, I wanted to say, like even though we're small, we're here,” Smith said. “We're proud to be here and we deserve to be here...just as much as basically anybody else...and just to say my voice matters and like my opinion matters."

Each of the works—from mental health to immigration—shines light on some of the dark issues the country and world face, but it's all to evoke a response.

Zoey Haycook's been a part of protests before, but for her, pushing back this way is a better outlet.

"I feel like because of the using words, the poster and art work, like the earth on fire...it says a lot more than just like screaming words that people might not even listen to,” said Haycook.

While their expressed opinions here won't be a part of a rally, Fine Arts Chair Tim Rietenbach says, the work from this class project will go on exhibition soon, giving students a chance to exercise their first amendment rights through art.

"Freedom of Speech is fundamental to an art school," said Rietenbach. "With us we're looking at how a sign can become an exhibition as sort of the thing, but then the object echoes the history of the object."

Unlike a typical protest where there is one message that unifies all, there are many messages here.

Brielle Smith hopes her work will stand out and strike a chord.

"For somebody to look at this and be like...to really think about it and know that they are important no matter what age, what size, what color...that gives me strength in what I paint because it's like you can really change someone's life off of just one painting."

In the meantime, professors say what you see here is simply an echo of what can happen with a march, when people are passionate about something and want to push it into the public sphere.

Students' work will be on exhibition September 9 through October 9 at the Canzani Center on campus at the Columbus College of Art & Design.