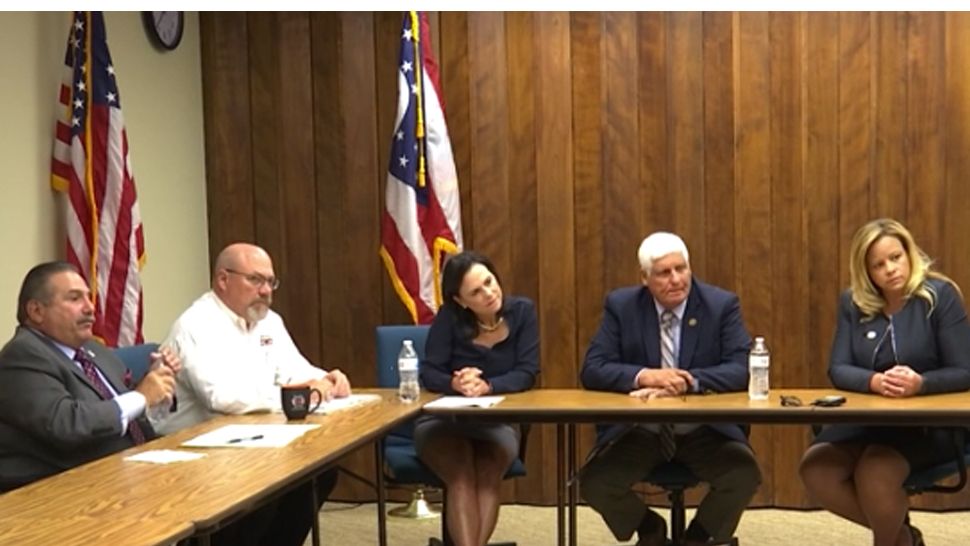 The roundtable was held at Peoples Services —a place business and political leaders say has benefited from the Trump administration’s economic policies.

“This economy has actually helped us grow to become one of the top 250 roofing companies in the country,” said Fred Horner, Advanced Industrial Roofing.

He, along with Ohio Congressman Bob Gibbs (R-Lakeville) and Republican Party leaders, gathered at the roundtable to talk business with the Trump Victory Committee.

They praised the tax cuts and Jobs Act championed by President Trump for benefiting business and workers.

The Ohio Democratic Party had a much different view…

“What we’ve seen from Donald Trump’s economic record has been a disaster,” said Kristin Alvanitakis, Ohio Democratic Party. “He’s been conducting trade policy via tweet. His tax scam benefited the wealthy at the expense of working people… it actually encouraged outsourcing.”

While mentioning recent warning signs of a recession...

“More than 70 percent of economists are predicting a recession in the next two years, and we need a real strategy to deal with that. And, the president’s erratic statements and ranting on Twitter, is not the strategy we need to fix our economy,” Alvanitakis said.

But Gibbs insists the economy is on the right track, saying he expects a trade deal to get done with China—one that will hold the Chinese accountable.

“They were cheating, they were stealing our intellectual property, they weren’t playing fair, and nobody, until this president, President Trump, decided to take them on, because the track we were on was heading to a disaster, we just have way too much wealth being transferred to China in an unfair way,” said Gibbs.