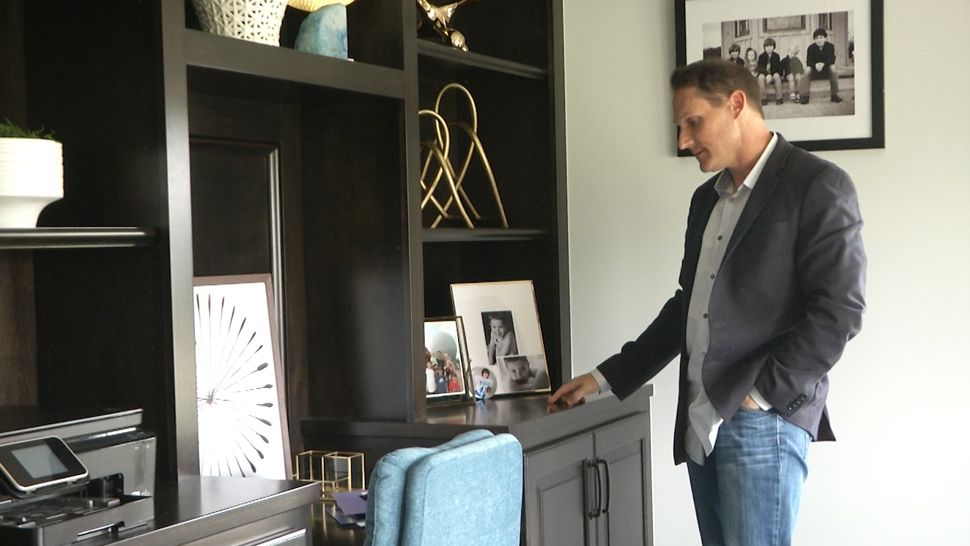 COLUMBUS, Ohio– Music has the power to connect and to heal. That's why organizers of Wonderbus Festival say it's the perfect way to spread an important message about mental health.

The inaugural event is inspired by the loss experienced by one family and a team of people determined to help.

A year and a half ago David and Elizabeth Grzelak's lives would change forever when their 17 year old son, also named David, passed away by suicide.

"With their son, he started to struggle with anxiety and eventually led to suicidal ideations and depression," says David Grzelak, David’s father. "He didn't ask for it it was just something he was experiencing, and so we'd talk quite a bit about what he was going through and when he was having a dark time he would raise his hand he'd ask to be hospitalized when he didn't trust his thought processes. We were in and out of 7-8 different hospitals at this time."

The Grzelaks say that there were no apparent reasons to cause David's depression and anxiety.

"He loved his family and his friends; he was a good looking, beautiful boy, who had lots of dates, lots of friends and was athletic,” said Grzelak. "He just had suicidal thoughts and depression and anxiety that weren't explainable."

And, for the most part, the Grzelak's, like many families, kept David's struggles hidden.

"We thought that we were protecting him and protecting his youth his childhood, his story, we were wrong. I think now, the best way we can honor him, honor his story and his legacy is by being open, and hopefully, other people can see that, and see that there is no embarrassment or shame," says Elizabeth, Davids mother.

After he died, the Grzelaks began talking to everyone about David's story and started a fund for mental health research at the OSU Wexner Medical Center.

"We're extremely proud of how David fought and proud to be his parents,” says Elizabeth. "And proud now to have a voice in this discussion."

A discussion that the Grzelaks are helping to bring to the stage in a new music festival called Wonderbus.

Grzelak is a managing partner at the marketing company The Shipyard. The promoters of Cleveland's Laurel Live festival, came to Grzelak and his partner Rick Milenthal, to do something similar in Columbus. Music with a mission.

"In mental health, words matter, what we do matters,” says CEO of The Shipyard, Rick Milenthal. "Communication matters, words can inspire, or they can demoralize. So we felt we could have a role.”

"You are getting these groups of people together at a place where they're going to have fun,” says Milenthal.

"The music is excellent; the lineup is terrific, one of the best inaugural lineups you can have in music. And in that space, in which they're relaxed, music unifies, we're going to talk about suicide and depression."

The Shipyard creatives worked with OSU Wexner Medical Center to develop the messaging and resources, including the hashtag la la la – it stands for listen, ask, love, act, link, advocate.

"Before the Grzelak's loss, this was numbers, statistics right? You knew about it intellectually,” says Milenthal. "When this happened, it was family. And you know, family inspires you."

Wonderbus is located on the lawn of CAS in Columbus. The scientific data company says that the mission of the event fits its mission.

"CAS, but for the purpose of supporting mental health issues in central Ohio, we would not be hosting Wonderbus this weekend,” says Michael Dennis, VP of CAS. "Because we are, we were able to donate the land, and a significant portion of the proceeds, to the Ohio State University Wexner Medical Center."

A portion of Wonderbus tickets sales, at least a minimum of 50,000 has been pledged to OSU Wexner for research into depression and suicide. Milenthal says that his employees have rallied around the Grzelaks and this new goal.

"This is a catalyst for our company, and it gives us meaning beyond the wonderful clients we have. And it's immeasurable," says Milenthal.

For the Grzelak’s, they hope their efforts in David's name save lives and encourage others.

"We're not medical experts, and we have lots of regrets that we can never do anything about, but I think the one thing we can advise people is to reach out, lean on the support of others," says Grzelak.

⚡️ TICKET PRICES INCREASE THIS MONDAY ⚡️ Secure yours now for the best deal! — wonderbusfest.com/tickets . . #WonderBus is nearly here. Don't miss #WALKTHEMOON, #BenHarper, #TheRevivalists, #XAmbassadors, #BishopBriggs, #TromboneShorty, #JennyLewis, #AndrewMcMahon in the Wilderness + many more all on The Lawn at CAS - next door to OSU Aug. 17-18.