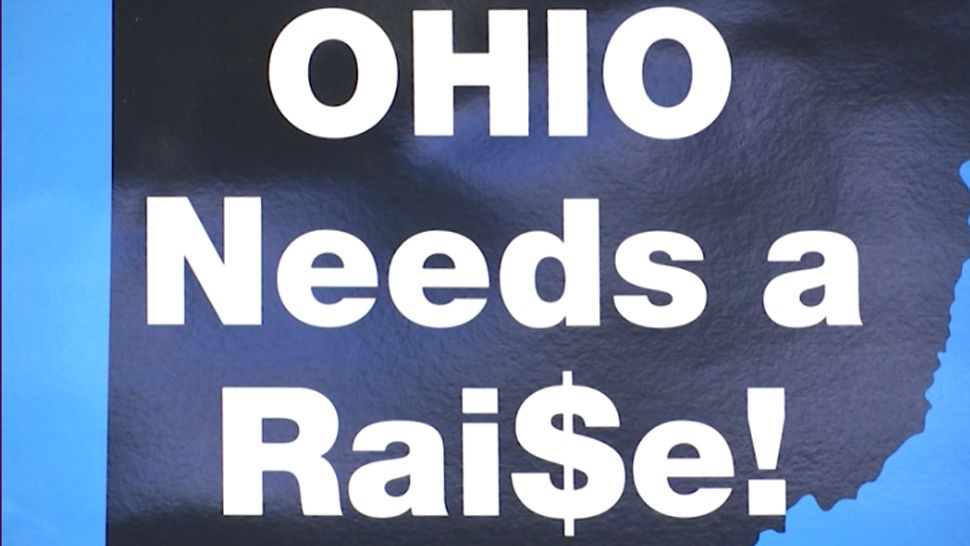 OHIO—Ohio is ranked 12th in the nation for kids growing up in poverty.

To understand that better, of the 2.6 million school age children living in Ohio, one in five live in poverty.

On a larger scale, that means over 500,000 school aged children are living in poverty across the state right now.

Although those levels are low, Hannah Halbert, with Policy Matters Ohio, says surviving in Ohio can be tough these days.

"There's lots of people in Ohio that are working, working full-time, year-round and still not able to move themselves out of poverty or reach some sort of basic level of stability," said Halbert.

At last check, an additional 18,000 Ohioans ended up in poverty after the recession.

28 percent are African American—three times the rate of white Ohioans.

Living in poverty in Ohio means that a family of three is living off no more than $25,000, which Halbert says is nowhere near enough to get out of poverty.

"We see people struggling. We see people unable to make investments in their families, in their kids, in education, in training," said Halbert.

That's because while the job market has changed, the buying power of the minimum wage is a fraction of what it used to be—$8.55 to be exact.

"Today, the state minimum wage is 28 percent less than what it was worth at its peak. So, we've really gone backwards and things are costing more," said Halbert.

But added to that, the jobs that people depend on the most in Ohio, like retail, fast food, clerks, and customer service, pay the least to a full-time employee.

And as a result of the disparities, this problem of working, yet not being able to reach a basic level of stability is what Halbert believes helps to create the cycle of generational poverty.

In turn, what we then see is that poverty has a significant impact on the physical and mental health of kids.

"Kids raised in poverty are experiencing higher levels of chronic and toxic stress. They're going to have poor health outcomes. We see this in asthma rates, in obesity rates, behavioral problems," said Halbert.

And as poverty persists, the barriers keep stacking up.

"We know that there are higher rates of divorce and separation...that there's more instability with housing which creates a lot of conflict points...abuse and neglect," Halbert said.

And when children experience such trauma, they suffer in the classroom.

"Education outcomes are poorer for children who have been raised in impoverished households as are long-term job outcomes for being attached to the labor market and being able to engage in that secondary education and training so they can get higher level jobs." said Halbert.

While the solution to get another job is often suggested, Halbert says it's not that simple.

"Training and education takes resources and we have some of the poorest financial aid in training assistance programs in the country," said Halbert.

While there are many ways to end up in poverty, Halbert says generational poverty doesn't just affect an individual family, it impacts everyone.

Since it affects everyone, she believes that employers, legislators, and all other sectors have to get involved in a greater way by addressing scarcity on a number of fronts.

"So, transit. Reducing childcare eligibility so you don't have to be incredibly poor to be able to qualify, housing to bring some levels of stability to folks. Those kinds of programs can make a big difference," Halbert said.

And then she says the job market has to be reformed as poverty can be compounded by racial and gender discrimination.

"Workplace policy that both boosts wages, reduces things like wage theft, where employers may not be paying folks all that they earn for the hours they work. And employment...anti-discrimination policies can help reverse these statistics," said Halbert.

When these things occur, it's then she believes Ohio will see change—people getting better jobs with higher wages, furthering their education and being able to provide for their families in ways they could not before—opening the door for a new cycle of generational stability instead of poverty.