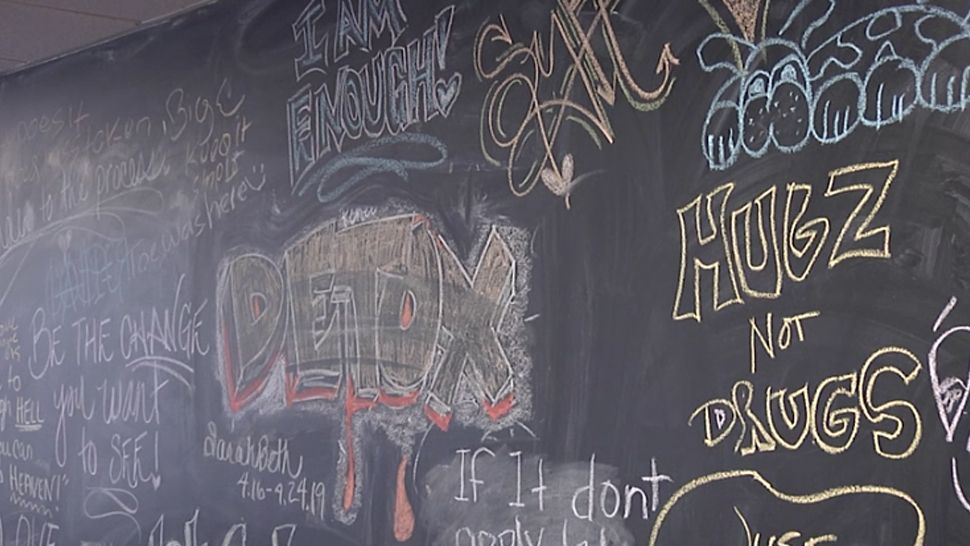 COLUMBUS, Ohio — When opioid overdose rates spiked in Franklin County in 2017, the folks at Maryhaven knew something had to be done.

“We knew in 2017 there were 520 overdoses, we took to heart when we would read the newspaper or hear a news story that there were overdoses and there were a lack of treatment beds,” said Shawn Holt, president and CEO of Maryhaven.

And hospitals were overwhelmed.

“In most cases they were getting treatment in the emergency room, going out in to the parking lot and overdosing again with nowhere to go,” said Holt. “So, it is vitally important that we gave this community somewhere for these patients to go.”

Maryhaven already offers inpatient and outpatient treatment for substance abuse, but back then there was no addiction-focused facility for people in critical need.

“We basically created this opportunity with 55 beds for patients to get immediate access to treatment, so that there would be a place for them to go if they were overdosing on heroin or other drugs,” said Holt.

The Addiction Stabilization Center on South High Street in Columbus is a place for people to begin treatment for drug addiction 24 hours a day, seven days a week.

The facility costs $65 million and is funded through the ADAMH Board and public private partnership.

The facility has three levels of stabilization. Patients can stay anywhere from a few hours or days to a month for withdrawal management services—which is sometimes called “detox.”

“We've seen an incredible amount of success,” said Holt. “We've been able to save 2400 lives since we've opened this facility.”

Central to the success is a network of people who help get people to the Stabilization Center.

A group called RREACT, staffed by Southeast Healthcare, works with local hospitals to connect those who experience an overdose with treatment anytime across the central Ohio area.

“When a patient says now, we have to give it to them now,” said Holt. “We can't wait and say, well I'm working with this guy, it's going to take about an hour. No. We have to have staff available now.”

James Alexander, from RREACT, says their staff communicates in real time with hospitals, medics and each other to provide immediate support for those in crisis and helping to find places to go for those seeking treatment.

“What folks need to understand is, I'm not going to get recovery most likely on the first go-around because I'm still sick. Folks have to recognize addicted folks are sick people,” said James Alexander, Southeast RREACT program manager.

But he says the hard work of helping those on the recovery journey has its rewarding moments.

“There is no paycheck enough that can make me feel like that when someone comes back to me and say, thank you, I'm good,” said Alexander.

Holt says the Stabilization Center that Maryhaven created here is a model that is gaining popularity across the nation, and there is a need for more across the state.

“I know at least two more here in Columbus, and I know there is a huge issue down in southern Ohio, and a facility like this would be very beneficial to southern Ohio, I know for a fact,” said Holt.