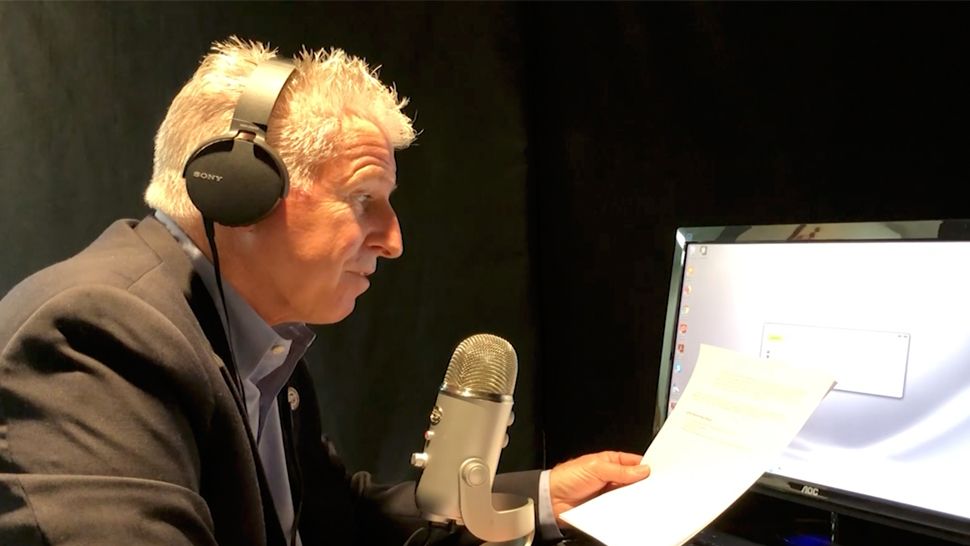 Twinsburg, OH - Greg McNeil calls himself a “hack” when it comes to podcasting, and didn't see it in his future.

“I've never done a podcast before this in my life,” said Greg McNeil of Cover2 Resources. “But, for whatever reason, it occurred to us it would be a good thing.”

A good thing that came from the tragedy of loss and grief.

“It really became a bit of my life's work 3-and-a-half years ago when I lost my youngest son Sam to a heroin overdose,” said McNeil.

A trip to the emergency department and a prescription for painkillers began a long recovery journey for Sam – something McNeil says he never expected for his son.

“We were blindsided by that, we didn't see any of it coming,” said McNeil from his office in Summit County.

After treatment they thought Sam was on a positive road. He was working and had a steady relationship in Florida.

McNeil says that all changed one day in October 2015.

“I don't know exactly what it was, we'll never know that,” said McNeil. “But, he did send a text to an old supplier of his. He met him that afternoon. They found Sam the next day. He was gone. He had overdosed with heroin that was heavily laced with fentanyl.”

Blindsided again by the impact of opioids.

“We were devastated,” said McNeil. “Couldn't believe, I couldn't believe we had lost our son. We were absolutely convinced he had made it long term.”

“We decided to start a non-profit with the purpose of educating and advocating for others, and try and teach those with loved ones that are struggling with this… substance use disorder... struggling with opioid use, heroin abuse, addiction,” said McNeil, who says finding resources can be complicated for families.

“Try to teach them all the things that we wish we would have known when Sam was struggling with this,” said McNeil. “And, so the way that we did that was through a podcast series.”

McNeil has made it his mission to discover solutions with his podcast.

With more than 240 episodes, he's interviewed many of the experts in substance abuse and opioid treatment nationwide.

The Cover 2 website is a repository of the people and programs he's highlighted.

Through those interviews, he's helped to bring ideas back to Summit County.

“I can't take credit for it, all I can say is that I've been pushed in that direction to find solutions and everything, and, the good lord has been behind that, he's been a force in my life,” said McNeil.

But many in the community credit McNeil for new ideas to help those suffering from addiction.

A force now felt across the county— in places like Green where McNeil worked with the Mayor to implement a program from Southern Ohio up north called Quick Response Teams.

“These Quick Response Teams were three-person teams that went out into the neighborhood once a week and knocked on all of the doors of people who overdosed and said, 'hey, we're here to help.'”, said McNeil.

Quick Response Teams offer treatment resources after someone has overdosed – a fire medic, police officer and social worker respond to all homes with a recent overdose call.

“I knew immediately that was something that would help our community,” said Mayor of Green Gerard Neugebauer. “Because I knew we had people overdosing, and we had people dying. And so, we knew that this was a way for us to reach out to them and perhaps stop them from having another overdose, get them into treatment finally.”

Green is also home for the next plan— to create a “Community of First Responders” connected using an app called Naloxofind, with naloxone on-hand in places like hotels.

“It locates all of the registered carriers as well as the stationary 'naloxboxes' within a two-mile radius of you,” said McNeil.

McNeil keeps working to find solutions. He says he thinks it is what Sam would have wanted.