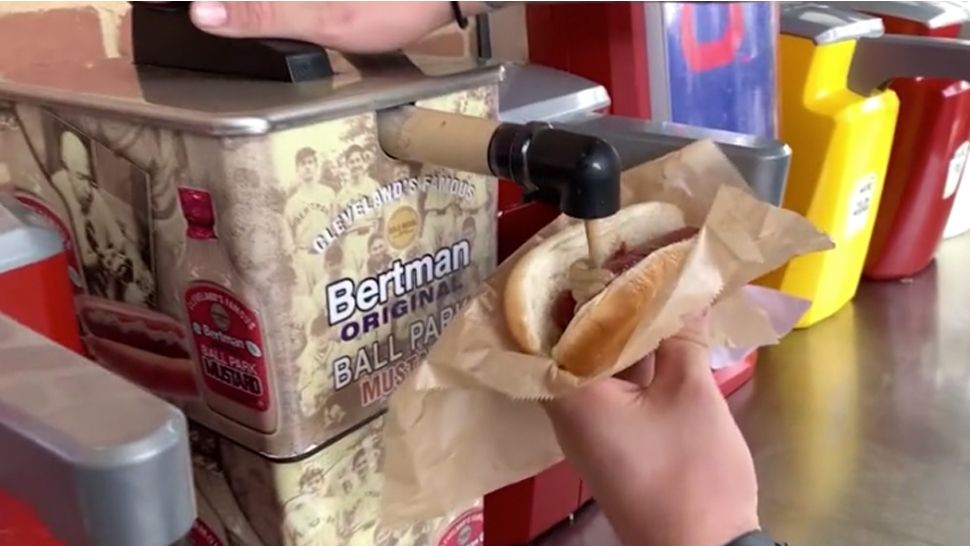 CLEVELAND—There’s nothing like enjoying a game at Progressive Field and while there, heading for the concession stand to get a hot dog right off the grill.

Of course, you’ve got to add your favorite mustard.

And for Northeast Ohioans, that means only one thing— Bertman’s.

Bertman’s has been around for 94 years and has a cult-like following.

And ballpark visitors can't get enough—

"It's the only mustard you need."

“I like it… the spice it has, it’s better than standard mustard, it has a little extra flair to it.”

For over 90 years, it’s been the condiment of choice in Cleveland.

“Bertman Foods has been around since 1925… it’s been an iconic brand in Cleveland, it’s been in Progressive Field and the earlier League Park and Municipal Stadium 60-70 some years,” said Mike Mintz, CEO, Bertman Food Co. “Joe Bertman was an entrepreneur. He had a number of different food products and in his garage he created this mustard that, for some reason, people just love the taste.”

Bertman’s is not only popular at the ballpark.

People like to experiment and make their own creations.

“It lends itself really well and mixes very well in all types of food,” said Mintz.

Several Cleveland restaurants and famous chefs use Bertman’s in their recipes.

“Many of the chefs and local chefs in town have it in many of their products,” said Mintz. “Michal Symon, for example, it’s the basic ingredient in his BBQ sauce at Mabel’s BBQ and Matt Fish at Melt uses our mustard in a number of his recipes.”

If you go into the kitchen of someone in Ohio, you’ll likely find a bottle or two of Bertman’s in the fridge.

"I have it in my refrigerator," said Mintz.