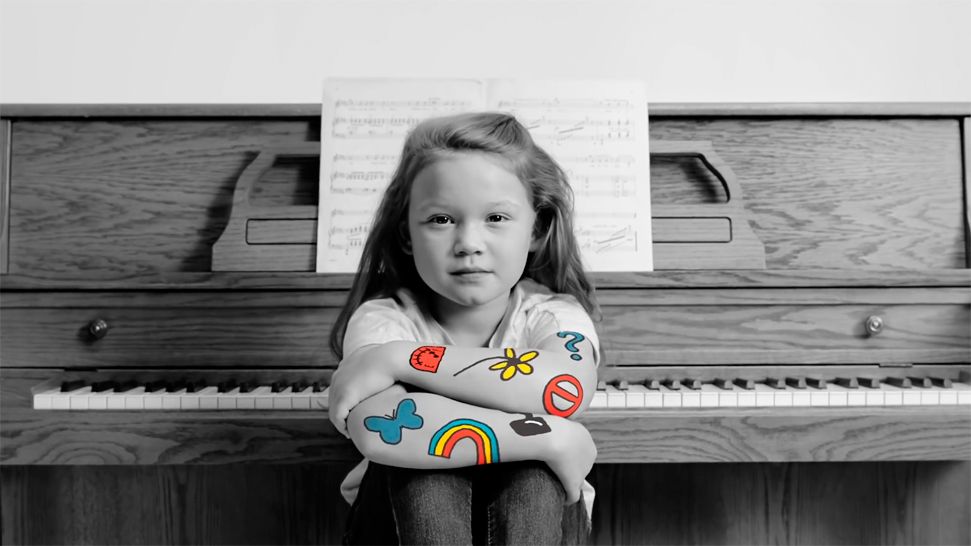 COLUMBUS—1 in five youth— that’s how many have a debilitating mental illness.

And in the past ten years, the rate of youth suicide has increased 58 percent.

Those numbers from the National Survey on Mental Health sounded an alarm at Nationwide Children's Hospital.

The numbers speak for themselves, there is a huge need. And, that is kind of what we are here to do is to raise awareness and to find out what we can do to promote change in those numbers,” said Gina McDowell, Nationwide Children’s Hospital behavioral clinical health educator.

Nationwide Children's Hospital is expanding their services for youth in need of mental health treatment.

The hospital launched a nationwide campaign on Youth Mental Health Day, May 9th, called “On Our Sleeves.”

There tends to be this silence around mental health and mental illness.

And one of the goals of this campaign is to break that silence and start these conversations and really break that stigma.

The campaign website gives resources, statistics and information for parents and caregivers.

Gina McDowell is a counselor that trains other counselors at Nationwide Children's.

She says that parents should speak with their kids about mental health, just like physical health. Ask questions, and observe.

She says the key is to identify changes in behavior.

Each child is different and every caregiver is the expert on their child. So, look for things that are typically out of the norm for your child.

She says the campaign is one way that the hospital is focusing on behavioral health.

Another, is a brand-new facility set to open in 2020. The Big Lots Behavioral Health Pavilion will handle youth with more advanced mental health treatment needs.

For McDowell, the emphasis is on care.

“So, we really want to create this culture of collaborative care,” McDowell said.