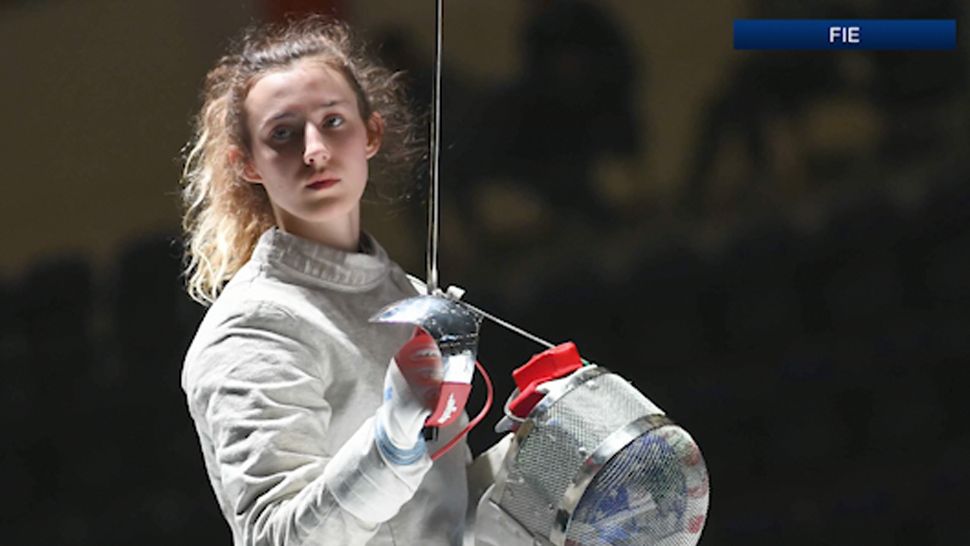 Earlier this month the 16-year-old Columbus Academy Sophomore represented the US in the Cadet World Fencing Championships in Poland.

Gouhin defeated her own USA teammate in the semi-finals, but lost to an opponent from Hungary in the final, earning a silver medal.

“It was a really good ending to a very chaotic season that had really gone up and down and back and forth. So the fact that I could finally do all those things that I had working so hard to accomplish, it was really a huge relief," says Gouhin.

It's been been a year in transition for Gouhin, who had previously been trained by 10-time World Champion and Ohio State fencing legend Vladimi Nazlymov.

She says Nazlymov, who retired from OSU after 19 seasons, is like a grandfather to her.

“He was kind of my icon for a really long time. He still is but, its just kind of difficult with him being gone and we haven't really seen each other in a very long time. But I still have a lot of respect for him and I know that he is looking out for me," says Gouhin.

Logistics are always a challenge for the Gouhin family, but they know Chloe's talent is one of a kind.

'The whole family has sacrificed for her and it's again really touching to see your younger sons willing to give up for their sister. It was such a hard year when her coach retired, and it was so difficult not having a coach for six months and trying to go to these world cups and figure things out on our own. She wasn't smiling as much and to see her—it was back and it felt really good," says Chloe's mom, Vanessa Gouhin.

Fencing is one of only four other sports to be included in every Olympic Games dating back to 1896.

However its popularity isn't widespread, in fact many of Gouhin's classmates had no idea about her competing in Poland or winning a silver medal.

“They're not really in my sport. I don't expect them to know. But everybody that's in my sport does know and that matters to me. I think that people don't give it a chance and that's the only reason why it's not so popular," says Gouhin.

Gouhin is currently ranked 19th in the USA Fencing senior rankings in the Sabre division.

To compete in the 2020 Olympics, she needs to reach the top four.

And while that might be a reach, Gouhin is making sure she enjoys the ride.”