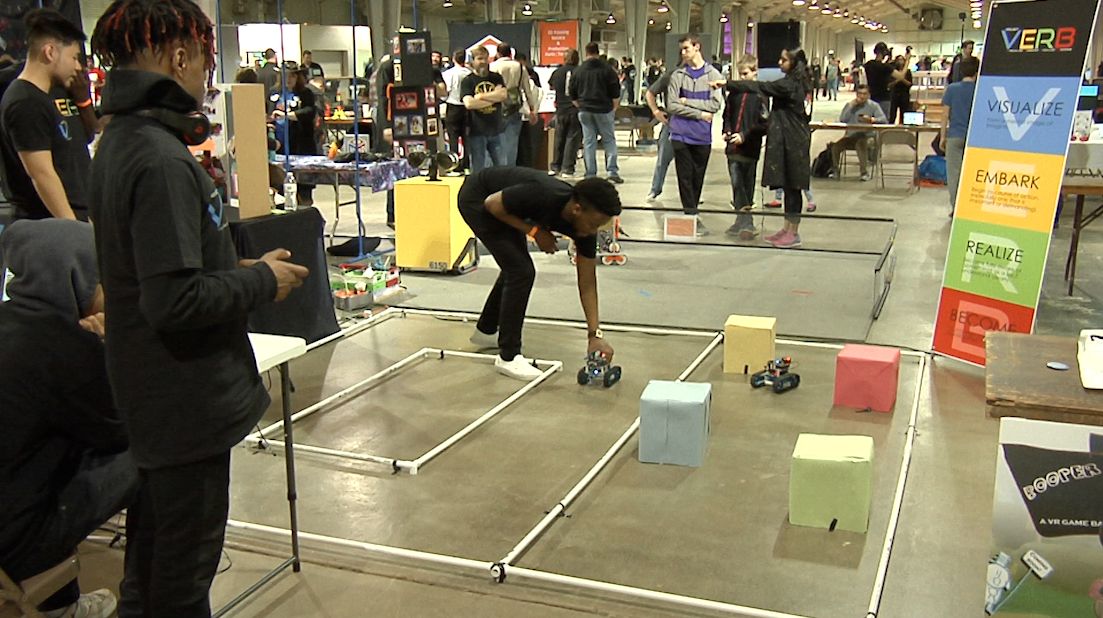 Some say if you make it, they will come – and that energy is the force behind Maker X, The Columbus Maker Expo.

"Maker X is a festival that celebrates creating with technology," says event co-organizer, and Scholar-in-Residence at Capital University Bill Ball.

“We're all makers," says Ball. “We create things. A lot of it is creating hardware with 3-D printers, laser cutters or building robots, building drones. But, digital world too, things like game creation and VR development.”

Makers of all types showed off their prowess at the Ohio Expo Center on Saturday.

Maker X features a variety of great, Ohio-grown technology, from drones to robots, even virtual reality. But, there's also some technology that helps people to live their best lives, as well as to connect youth with opportunities in STEM education.

For Aaron Westbrook, CEO of Form 5 Prosthetics, who was born without a hand, he used that experience to launch his own company providing eco-friendly, 3-D printed prosthetics for people with limb differences.

Westbrook started this work in high school, beginning with writing about his experience and then turning it into a company. His website says his first prosthetic was for a seven year old girl.

“You're giving something to someone that they've lost, or that they've never had,” said Westbrook. “So it's really empowering not only the person on the receiving end, but its transformational for really everyone involved in making it possible.”

As in Westbrook's case, early exposure to tech made his innovation possible. That's why one community organization is working to build tech skills for youth in columbus' inner city.

“A lot of people who come from lower income communities may not be able to get this hands-on experience,” says Fontem. “So through project verb we're allowing them to build these skills and build these talents before they get into college.”

The 'Verb' in Project VERB stands for visualize, embark, realize and become. These group of young people are learning coding skills, engineering skills, and at the same time life skills. Cheri Sayavong and her husband Von founded Project VERB last year in the basement of their Milo-Grogan-based church.

“We brought in about 10 kids and kind of just went through career exploration with them, what they liked, and exposing them to different career paths they could choose,”

Ohio State Computer Science and Engineering second-year student Forlefac Fontem is one of the coding instructors, and says he knows first-hand the importance of representation. Fontem came to the US from Cameroon according to Project VERB's website, and began coding through the game Minecraft.

“I'm sometimes the only black person in my class,” says Fontem, who is one of a few university students working with Project VERB. “And, it's really intimidating and a lot of times if you first start out with that experience and think that since I don't see a lot of people that look like me, it's not something that I should be doing.”

He says that instead of intimidation, those who find themselves being the first or only should be proud, and confident that they can do the work just as well if not better than their counterparts.That experience inspired him to give back to the next generation of makers.

“It's really important to me as a young individual to succeed so I can show these younger children that are part of the program that it is possible to do that, and it's my job to inspire them that they can reach for the stars and there is no limit that they can set for themselves,” says Fontem.