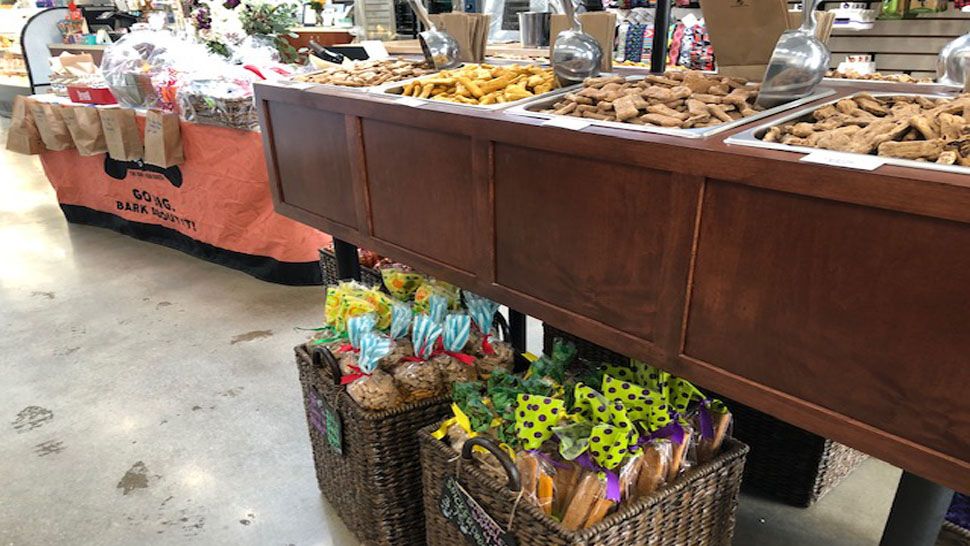 CLEVELAND- More than 84 million American households own a pet, according to data from the American Pet Products Association.

And those pet parents have a lot of purchasing power.

The space makes treats for dogs and also stocks items like leashes, food, and other accessories.

“I can personalize a treat, and people always say ‘my dog can’t read,’ but you know, it’s as much for the humans as it is for the dogs," she said.

And many of those humans like to spend on their dogs and other pets like cats, birds, and fish.

Some owners are spending their money at boutique shops like Steidel’s.

The Cleveland bakery is a franchise.

According to the company’s website, the total investment franchisees can expect to spend on a store ranges from roughly $200,000 to nearly $400,000.

“Me personally, I just wanted to have a store because it seems every day you see a different recall in the news," Steidel explained. "So I just wanted to open a business where people could come and bring their dogs in a neighborhood that’s super dog friendly.”

The shop’s prices range from a few dollars for a treat up to roughly $20 for a cake.

But no matter the pricetag on pet products, ultimately, Steidel said she thinks there’s one reason why pet owners like to spoil their animals.

“Dogs, you know, they don’t care if you’ve had a bad day or how you look, they just want to be with you, they’re so loving," she said. "I think that’s why people want to pamper their pets, they just give us so much love in return.”