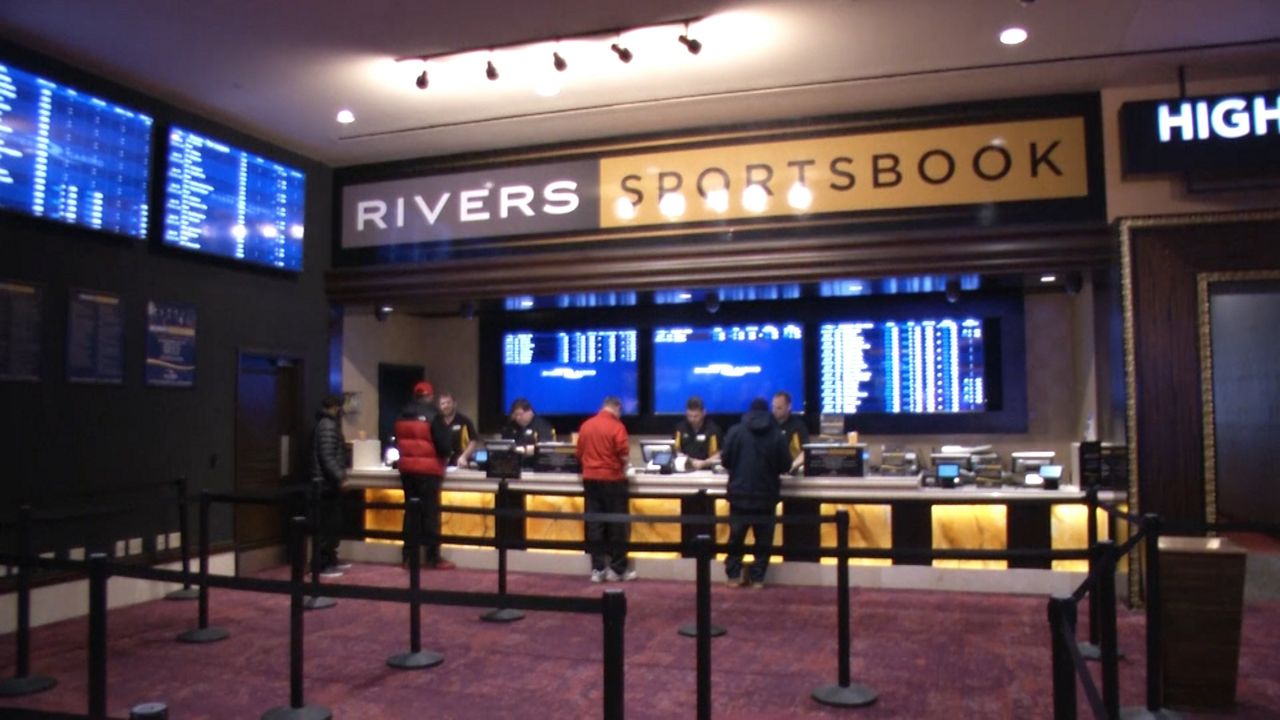 Pennsylvania and West Virginia are among eight states to do so already.

“Betting has been great during the mid-week business, but weekends there are long lines here, customers love it. They love the ease of being able to bet. And I think people in general, just human nature, people just want to do the right thing, verses being able to bet legally vs betting illegally,” says Keena.

Here in Ohio, democratic state senator Sean O'Brien has been hard at work for months, researching, and getting co-sponsors for a bill that would legalize sports betting across the state.

He says there's a definite buzz among constituents and bipartisan support among the Ohio House and Senate.

“People are excited about it and you know, this type of legislation, we're gonna take it out of the black market and I think that's a major impenitence for doing it. By legitimizing it and making it under state control, we can make sure those types of activities don't happen in Ohio,” says O’Brien.

O'Brien says in person and online sports betting will keep Ohio competitive with surrounding states, but it's not expected to generate much tax revenue.

A recent report published in the Associated Press showed revenue for sports betting in Nevada accounts for only one percent of the entire state budget.

“We realize it's not going to be big income for the state, but what income comes we want to make sure its dispersed in the best way for Ohio. If you look at what's going on in Vegas, they're only getting about $15,000,000 a year from the taxes on it and they're taxed at 6.75%. Our tax rate is going to be a little bit higher I think, around 10%,” says O’Brien.

The Pennsylvania Gaming Control Board reported more than $180,000 in tax revenue statewide during the first two weeks of sports betting.

Many patrons I spoke to commend the ease of Rivers “Sportsbook" operation.

“If you come down here on a Sunday before the playoff game, you'll see exactly what is going on and how much participation there is in this,” says Canonsburg PA resident Gary Heineman.

“Actually stayed down here and watched two of my games and won and went right to the register and collected. So, just a good thing to do if you're already in a casino atmosphere,” says Pittsburgh resident Jason Lewis.

An Ohio for Responsible Gaming survey released in 2017 found that one in 10 Ohioans is considered an at risk gambler and males between the games of 18 and 24 were at the highest risk for either gambling disorder or at risk gambling.

“We want to make sure there is age verification. We want to make sure that there is kind of a press pause in a game. So if you're sports gambling on your phone for example for an hour, for two hours, we want to have a popup appear. And there are other tools that can be used, like setting a budget,” says Stacy Frohnapfel-Hasson, from Ohio Mental Health & Addiction Services.

O'Brien says lawmakers are still looking into protection for those with gambling problems.

“What are the studies showing us, Where we should put the money for gambling addiction? Because that is a major concern that we're looking at as legislators. We want to make sure again, that we're doing it right, and we're not hurting Ohioans, we're helping them.”

O'Brien says his hope is to roll out legal sports betting online as well as at Ohio's 11 Casino locations.

“We are hopefully going to have something drafted and introduced into committee by the end of January—beginning of February is our goal,” says O’Brien.