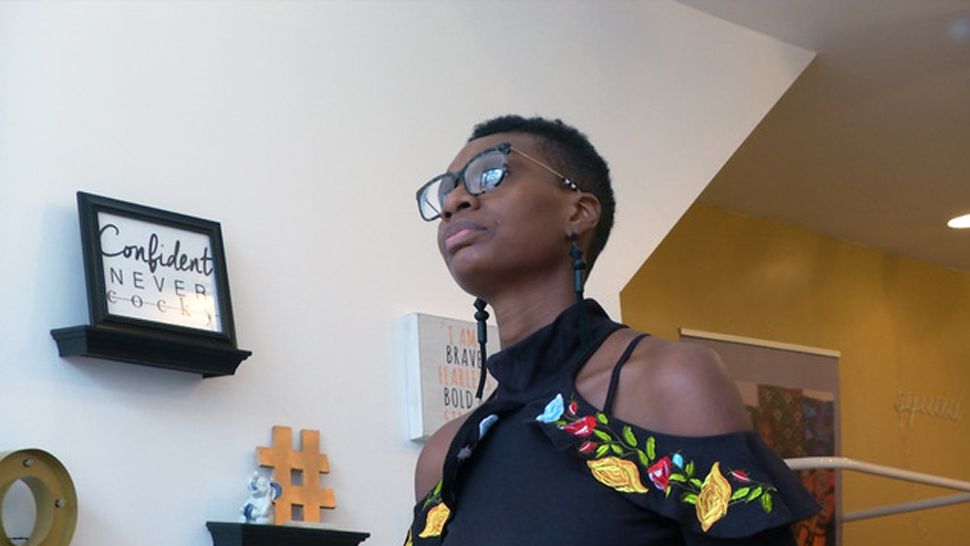 Cincinnati, OH – Five years ago Chanel Scales sold everything, packed up her car, and headed south to Atlanta.

“One day I just told myself I'm leaving,” Scaled told Spectrum News 1. “I had just got a new apartment, brand new furniture, was working at Mercedes Benz, and I wasn't happy.”

Scales said she turned the car around several times, cried a lot, but eventually made it to Atlanta.

A good friend provided her a place to stay and helped her out financially until she could get settled.

Scales is a model and owns her own clothing line called Shingo. But her dream was to always open her own shoe store. But that opportunity was hard to come by in Cincinnati.

Her time in Atlanta meant working for Uber and finding big events to attend to get in front of the right people.

“I would get dressed up in my custom clothes that were made for me,” Scales said of attending the events.

People started to take notice and she eventually landed an internship with Kontrol Magazine.

After spending nearly five years in Atlanta she came across an email from a Cincinnati developer who was looking for a shoe store on Vine Street in the city's historic Over-the-Rhine neighborhood.

After some phone calls and meetings, Scales moved back to Cincinnati in July and in late-October opened “Own Lane Shoetique,” 1323 Vine Street.

Scales chose Vine Street because she used to walk through OTR with friends and family. That neighborhood isn't what it used to be. It's an area now flourishing with businesses and people. But Scales also knows the African-American population is severely underrepresented in the neighborhood when it comes to business owners.

In fact, in a neighborhood that has an African-American population of more than 50 percent, the 600 or-so businesses in OTR only have a minority ownership of about four percent.

“I felt like it was important for me to have my firs store on Vine Street. Just to show that a black woman can have a business on Vine Street. It's okay for us to be business owners in a new area to some, but to me it's Over-the-Rhine. It's what I know.”

Inside Scales' store are her shoes and articles from her clothing line. You may even see her daughter Harlem. Handmade pillows made by Scales' mother also are for sale.

Scales believes she's already successful, despite her store only being open about a month.

“Seeing myself in that mirror when I walk in here I tell myself that I'm going to be okay.”