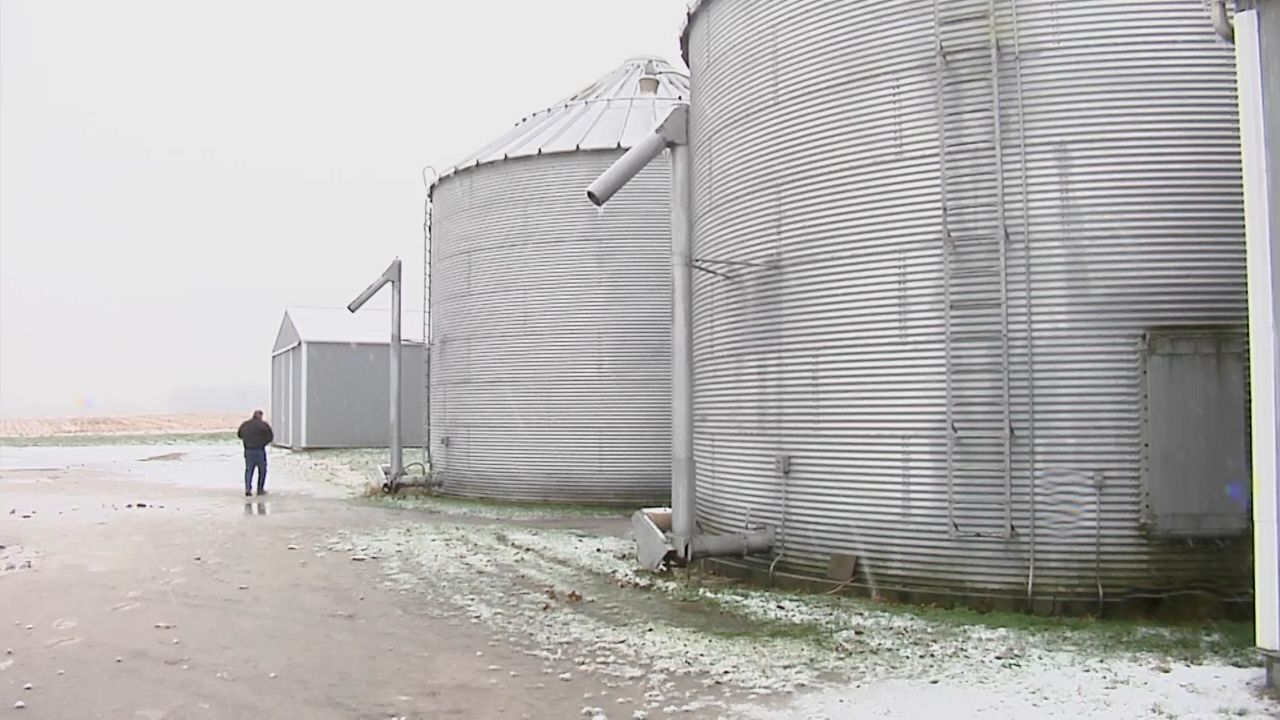 Plain City, OH -- “This has been a tough year. It's been a really tough year. And the bad thing is next year looks even tougher,” says Plain City farmer and business ower Fred Yoder

Yoder says he and his fellow Ohio farmers are in survival mode and quickly losing patience with the current administration.

The fourth generation soybean and corn farmer says the tariffs are affecting his bottom line more than people realize.

“I can tell you what my crops were going to be worth in the field in May, then after the tariffs were implemented, I lost $100,000 just overnight. That's how much my soybean crop was worth less,” says Yoder.

Ohio exports nearly $2-billion dollars worth of soybeans each year and about a third goes to China, which in turn uses it for oil and feed.

Ohio State Professor of Agricultural Marketing, Trade and Policy Ian Sheldon says the tariffs have created uncertainty, caused a downward spiral of prices and forced China to seek other options.

“If this continues, the soybean industry runs the risk of losing market share to Brazil, cause Brazil is stepping in and filling the gap that is being left by China not importing from the US,” says Professor Ian Sheldon.

Earlier this month the USDA said soybean imports by China dropped 94 percent so far this year.

Over the summer, the US Agriculture Department agreed to provide $12-billion dollars to farmers hit hard by tariffs...but that isn't expected to continue next year.

“We're forecasting in 2019, a prototypical 1100 acre Ohio farmer in the western part of the state with 50-50 corn, soybean rotation, could use about a third of their net farm income in the coming years,” says Professor Sheldon.

Yoder says half of his 2000 acres is soybeans, and next year he's already plans to plant more corn.

And despite these trying times, he choses to be optimistic, saying he believes the US and China will come to an agreement this coming year.

“Trump seems to be the deal maker, so he likes to have win-win situations. And it's going to take some give on both sides. But I think there's a chance to have a better trade deal, a more fair trade deal, but it's gonna take people that are willing to make a deal,” says Yoder.