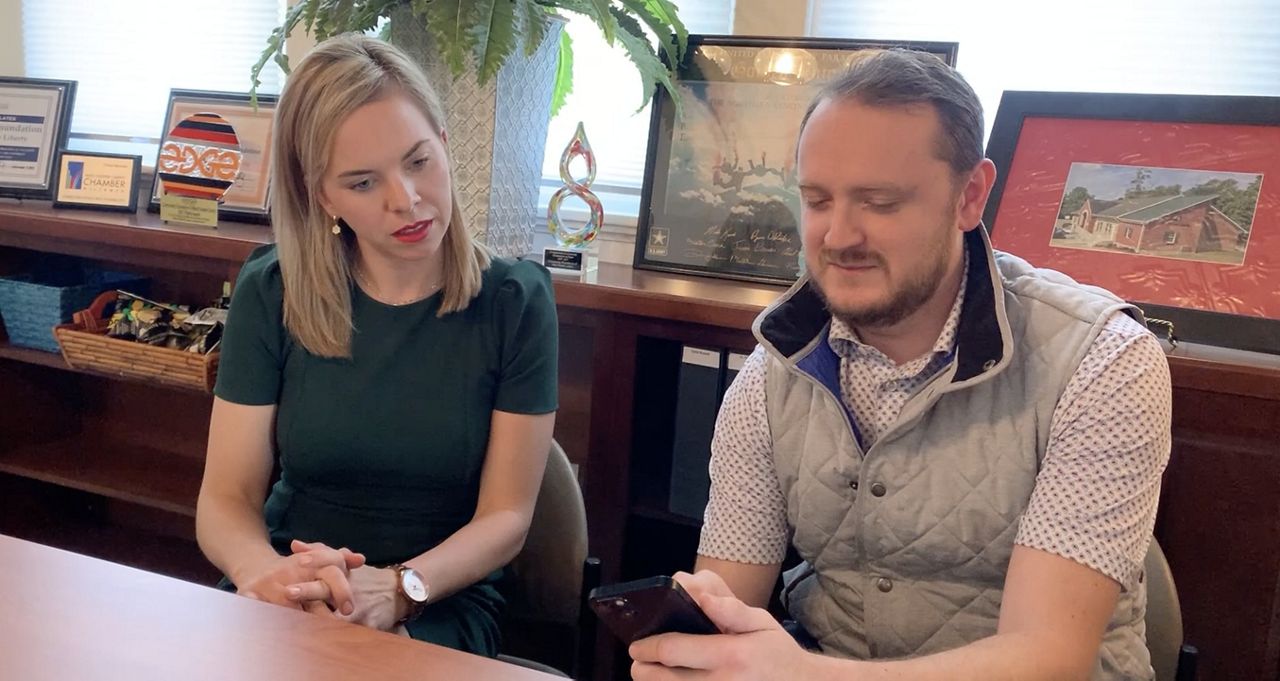 CINCINNATI — Cryptocurrency, a form of digital currency, is gaining popularity across the nation. It's now being accepted by more organizations and businesses.

For more than 20 years, many people have used the Northern Cincinnati Foundation to donate their philanthropic dollars. The 501-C3 president and CEO Erin Clemons said she’s always looking for new ways to become innovative, such as incorporating cryptocurrency.

“Why wouldn’t you want to avoid capital gains tax and donate that cryptocurrency?” asked Clemons.

Matt King, 26, first presented the idea. He shared with Clemons he had thousands of dollars in crypto he wanted to donate, but he said other organizations turned him down, citing that it's unregulated. But after talking about the benefits of the currency with Clemons, she wanted to help.

“We stepped up to the plate,” she said. “We made the changes that we need to make happen and now we are live. We accept crypto with one click of a button online.”

Since 2009, bitcoin has become the most popular cryptocurrency, with a market cap of $887.7 billion, according to The Giving Block. Clemons said some benefits of using cryptocurrency are no captain gains tax, it’s digital and it’s converted directly into cash through The Giving Block, a third-party national benchmark company.

“They turn it into cash, and then it goes into the fund where it’s being donated,” she said. “It’s not risky on our end because we’re not holding on to the crypto.”

It’s helping donors like King, who is giving back by contributing $100,000 to the Robert Sonny Hill Community Center. The center is a resource for the community. It’s named after the first-ever Black mayor in Middletown.

“I kind of came in and said don’t change your core business, which is always helping people,” said King. “Keep doing that. But how you do things should change, and so now cryptocurrency is being accepted and people started talking about the community center.”

The Northern Cincinnati Foundation isn’t the only organization in the Cincinnati area accepting cryptocurrency. The United Way of Greater Cincinnati is also on board. King said he's grateful to finally be able to give back to his community differently.

“I think it’s great,” she said. “I think it’s making it more secure. I think people are feeling more confident and accepting that as either a transaction or an investment.”

This year, Clemons and her colleagues will be headed down to Miami to attend a cryptocurrency convention and will be taking a lot of notes.

“We’re going to learn more about crypto, more about cryptocurrency and hear what’s happening, what are the trends and we’re just really trying to be a leader in the region on crypto philanthropy,” she said.

To learn more about how you can donate, click here.