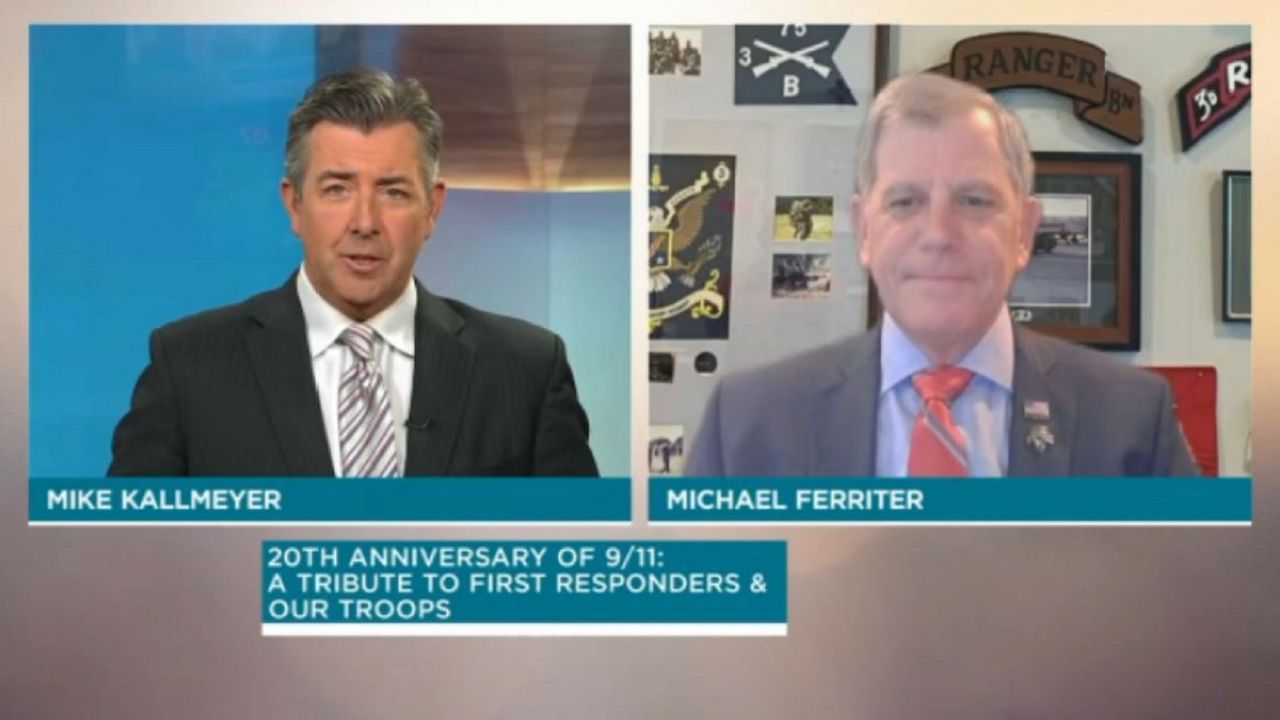 Mike Kallmeyer visited with Lt. Col. Michael Ferriter, President and CEO of the National Veterans Memorial and Museum in downtown Columbus, to discuss 9/11 and his memory of that day.

"I was in Norfolk, Virginia. I worked at a joint command. We had Army, Navy, Air Force and Marines there,” Ferriter said. “We were responsible for the assignment of forces around the world. I was sitting outside a three-star admiral's office and I was a colonel. I was going to give him a trip report for an upcoming trip to Iceland. He called out 'Come in, Col. Ferriter. You cannot believe what's happening.' He turned to me and said 'We are at war. Report to the Joint Operations Center.’ That's where I was for the next 60 days."