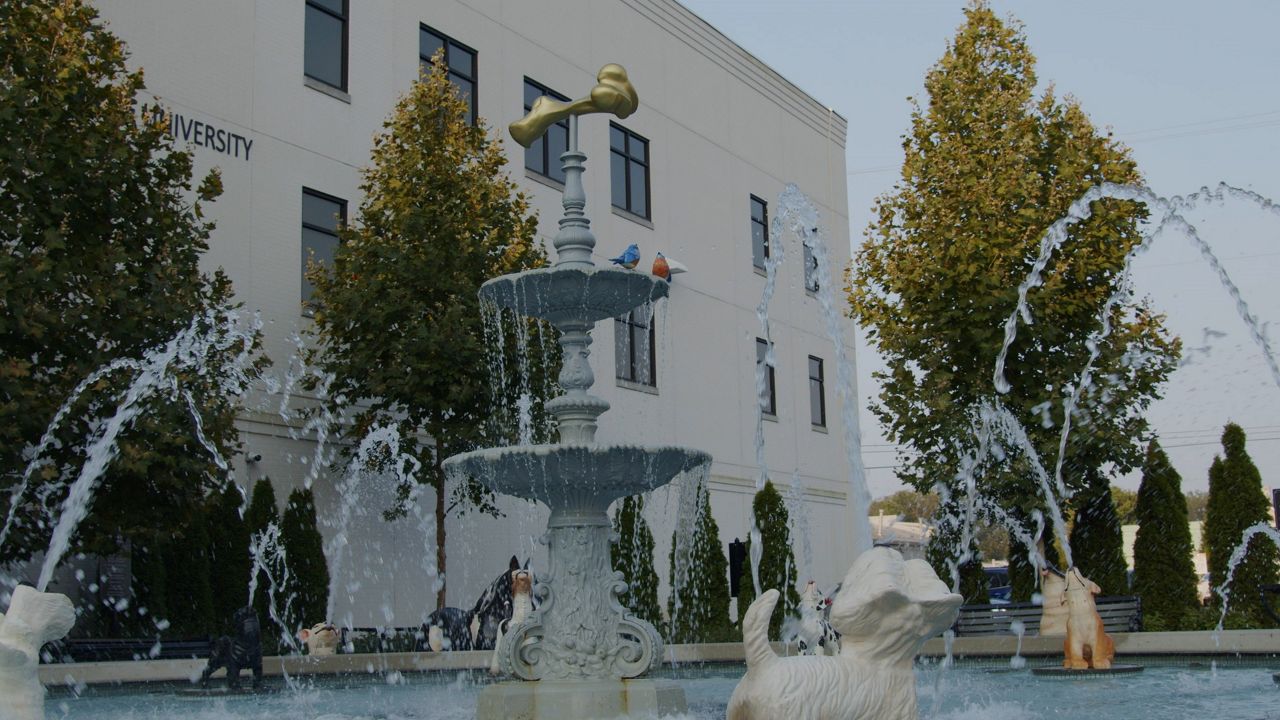 MOUNT VERNON, Ohio — Nestled in Mount Vernon, about 50 miles northeast of Columbus, a whimsical water feature is becoming a popular attraction. The Dog Fountain was installed in 2019 on property owned by Mount Vernon Nazarene University.

It's part of the effort to restore the Downtown Historic District.

“This was actually the site of the oldest building in Mount Vernon, but when we purchased it, it was kind of in disrepair, and unfortunately, a fire burnt it down within that year, in 2010,” Smith said.

In 2019, a donor approached the university with an idea.

"A local donor approached us and said, ‘We’ve got an idea. We’re wondering if you would partner with us on it’ and so that’s how it came to be,” Smith said.

The Dog Fountain includes painted cast aluminum sculptures of 18 dogs, 1 cat, two pairs of birds, a pony, and even an apple.

“It started out as being something just very special to the local community and then once word got out, visitors from all over the place, all over the world, have come to see this fountain,” Starr said.

Those visitors often filter through the Knox County Convention and Visitors Bureau. Olivia Toth is their Marketing Manager. She said the attraction helps bring in tourists, and that’s good for local businesses. 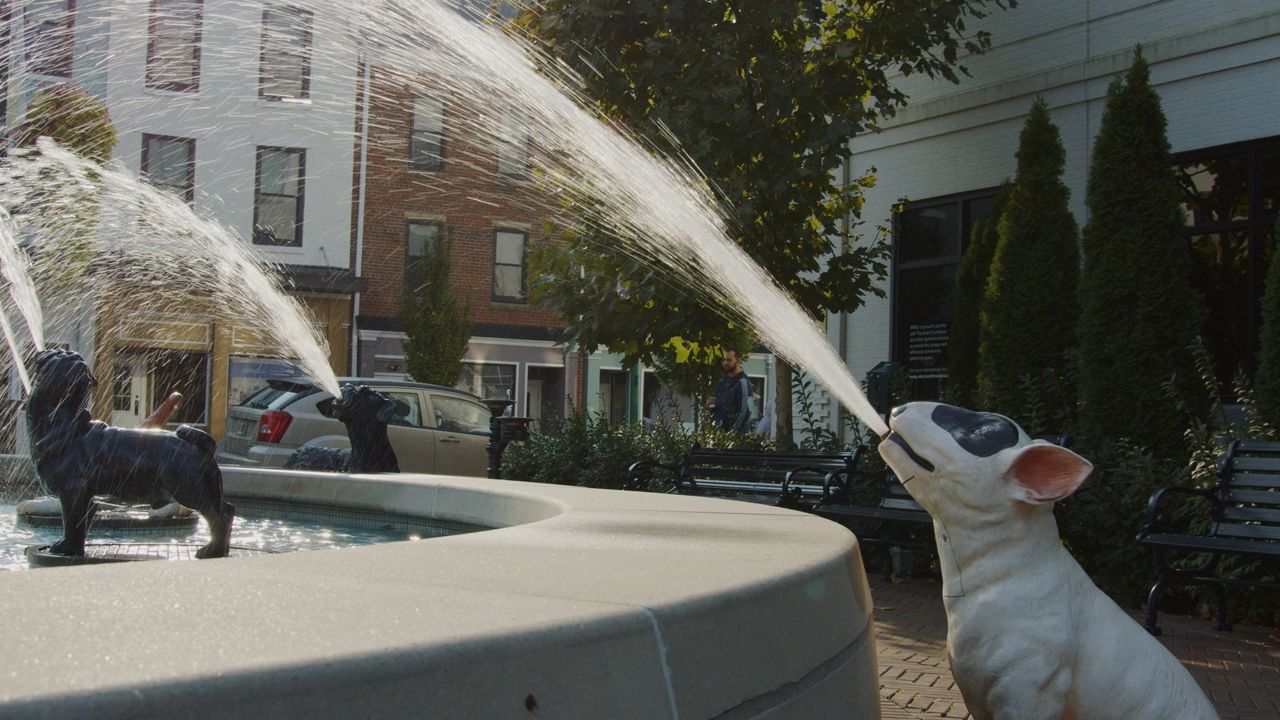 “I think our shops are really excited because they put a lot of effort into their businesses… and making something unique downtown, and so when they see that investment from a larger group and the city itself, it feels like their efforts are being supported in that way and I think that’s really important,” said Toth.

The Dog Fountain wasn’t a small investment, either.

“It was fully funded by the Ariel Foundation," Smith said. "It was actually over $1.3 million to accomplish this piece."

Other community donors have placed funds into an endowment to help with future maintenance. They’ve been able to ‘adopt’ an animal on site, complete with a donor nameplate next to the animal.

About half of the animals have designated donors, but there are still opportunities for community members to ‘claim’ an animal or name it in honor of a loved one or late pet. For more information, click here.