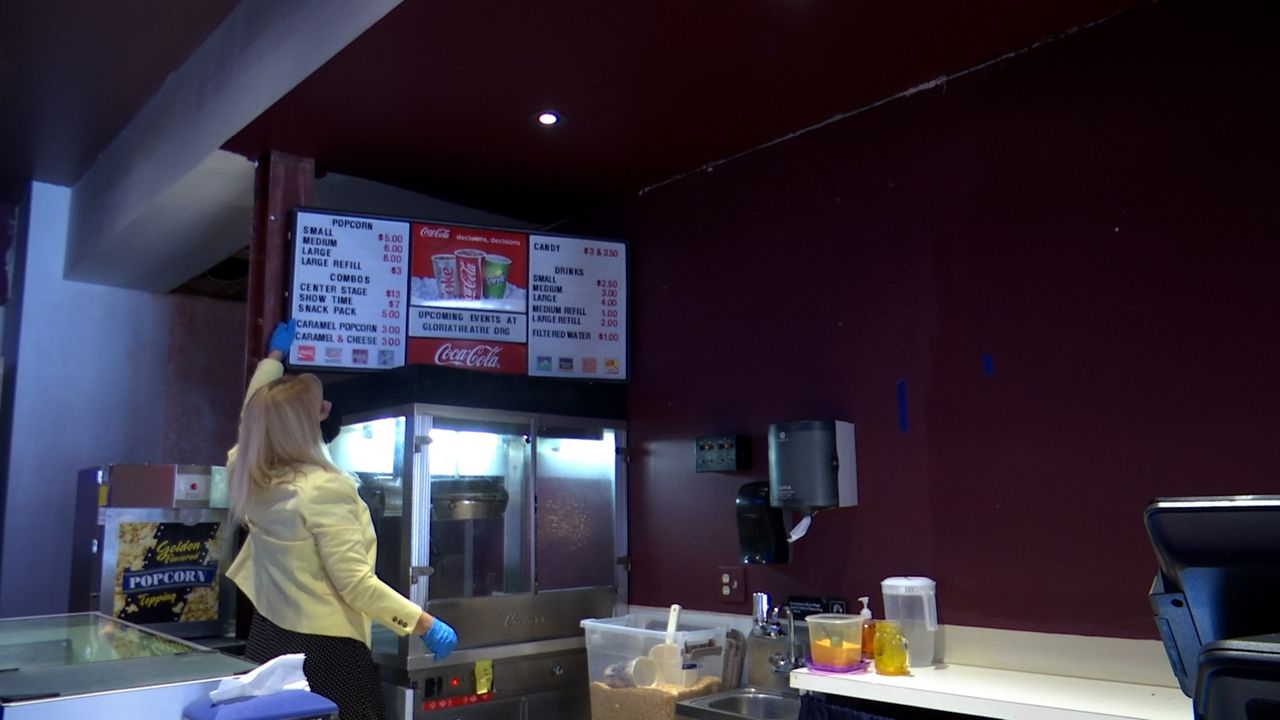 URBANA, Ohio — On the weekends, the Gloria Theatre comes to life. The screen is lit, locals line up for seats and the buttery smell of popcorn wafts through the lobby. Then, as the sun rises, Monday morning, the place becomes a construction zone once again.

That’s been the pattern since Urbana’s century-old theater reopened in 2016, the first project GrandWorks took on in its effort to “reach, restore and revive the community.” CEO Staci Weller said it has brought back a little fun to downtown, but she sees potential far beyond the big screen.


Like rural communities across Ohio, Urbana’s population has seen a decline in recent years. The Census shows a more than 3% drop since 2010.

Meanwhile across the county, the Champaign Economic Partnership reports development has slowed, especially in area cities and villages. 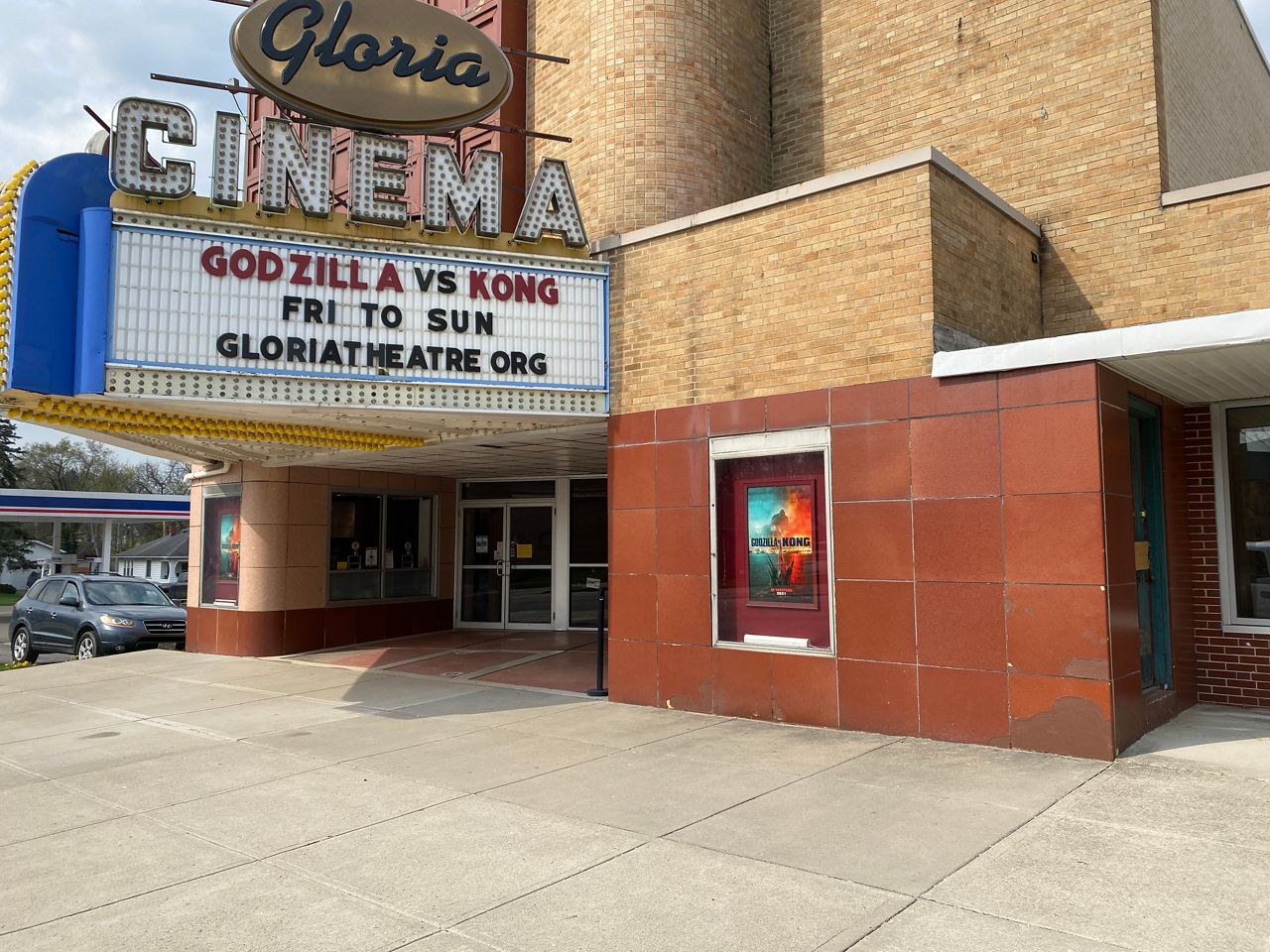 In recent years, Urbana’s urban core has been working to buck that trend in the hopes of bringing a little life to its historic downtown. For more than a century, the Gloria Theatre was a downtown centerpiece.

Built in 1905, the then Clifford Theatre was a sign of the golden age of cinema just beginning, and taking root across the country. A hundred years later, audiences lost interest in the theater experience, and in 2014, it closed its doors until Staci Weller and GrandWorks bought the building and got to work.

“It’s right in the center of downtown, we service people in all the surrounding communities,” she said. “We don’t want a building like this like has happened unfortunately in so many communities to basically go to ruin.”

After two years of hard work, Weller said the theater reopened to the public with a new community-centered approach.

“It’s definitely not your AMC cause it’s just a much more personalized warm experience,” she said.

The single room theater welcomes hundreds every weekend for a handful of films or live performances on its multipurpose stage.

Weller is the one who gets the film reels rolling, though at this point, it’s just a figure of speech. 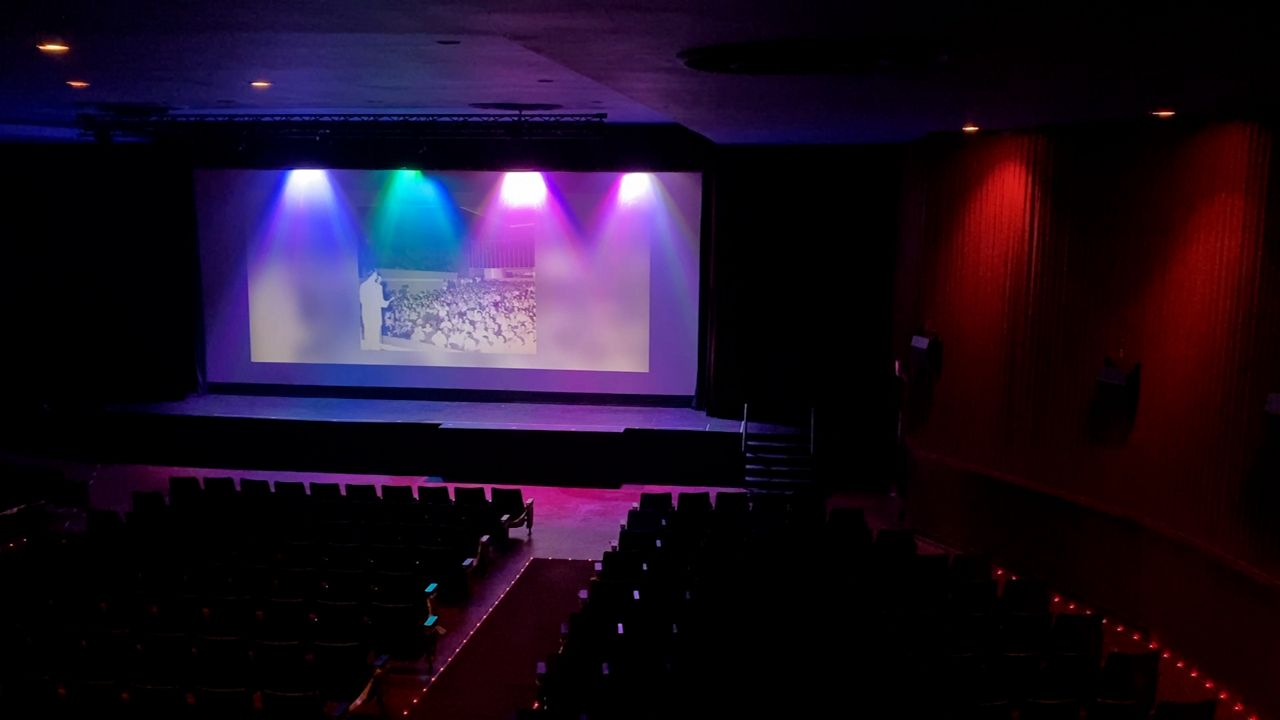 “I majored in TV and film so in some way,s some of my experiences come back around. I didn’t have any experience though with the new digital projectors,” she said.

Those projectors were the first major upgrade GrandWorks undertook.

“We call her ‘Big G’ for Gloria,” Weller said posing next to the projector.

Now, all Weller has to do is cue the movie up on the computer and hit play.

Though running a movie theater is about far more showing movies. Weller wants the Gloria Theatre to be an experience and a gathering place for Urbana. That means making the facility ADA accessible, adding a commercial kitchen, a cafe and even modern bathrooms, all a part of Stage 2 of the project.

Weller said GrandWorks is lucky to have skilled volunteers hard at work getting those projects underway.

“They come every week, pretty much rain or shine, and have helped us get quite a bit farther down the road,” she said.

The volunteers are also an essential part in making the project affordable for the nonprofit. All of these changes are funded by grants and the community’s generosity.

Like theaters across the country, the pandemic meant its attendance has taken a hit. The theater still can’t seat at full capacity but Weller said on busy weekends, they’re getting close to pre-pandemic numbers. 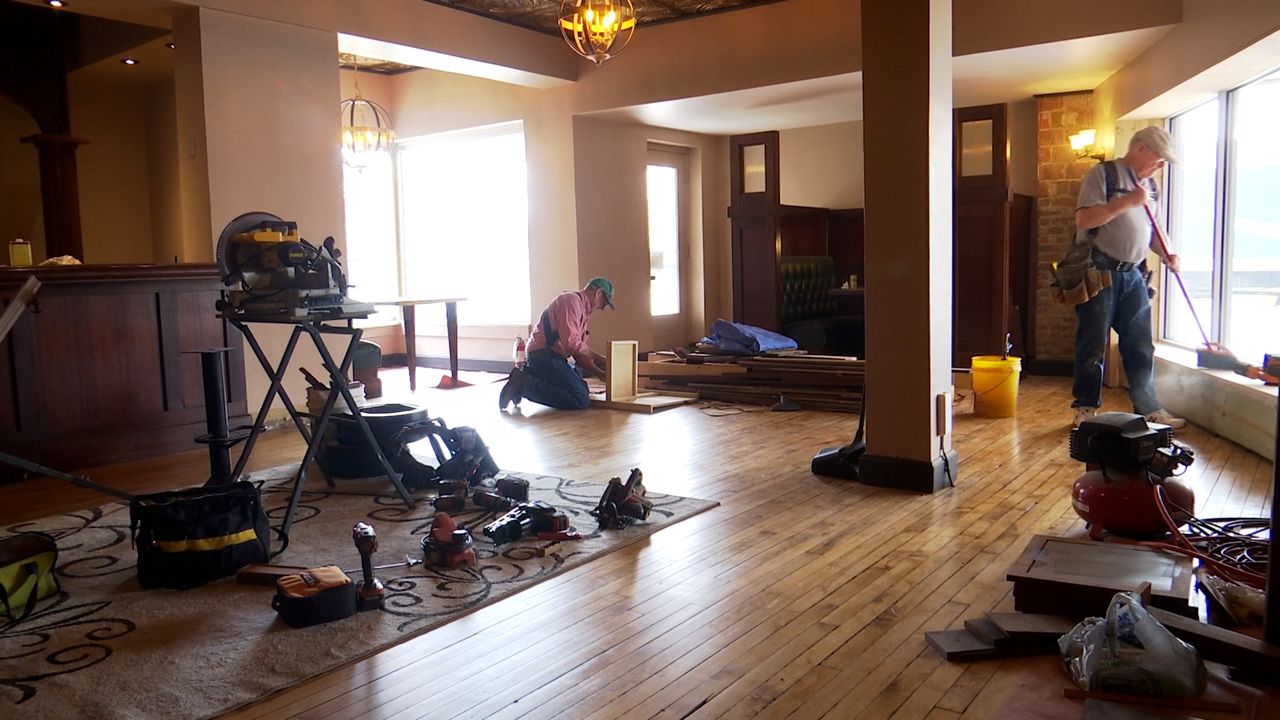 While still a work in progress, word of the theater’s revival has inspired other rural Ohio cities to consider if their historic theaters might be holding onto their own hidden potential.

“It takes a very organized effort and it takes a group of people that are passionate about it. A community that cares,” Weller said.

That’s the advice she’s been offering anyone considering taking up a project like this.

In its fifth year of operation, Weller said the Gloria Theatre still has a long way to go until it becomes the entertainment hub she envisioned. While it’s purpose is fun, Weller said a project like this needs serious commitment to be successful.

“It’s not a hobby, it’s not just a group of people coming together we’re truly running it like a business because that’s what it is and that’s the only way it’s going to survive long term,” she said.

There are four stages to the project and GrandWorks expects to spend a total of $5 million on the entire project. Right now, the theater is $25,000 away from its $125,000 stage 2 fundraising goal.