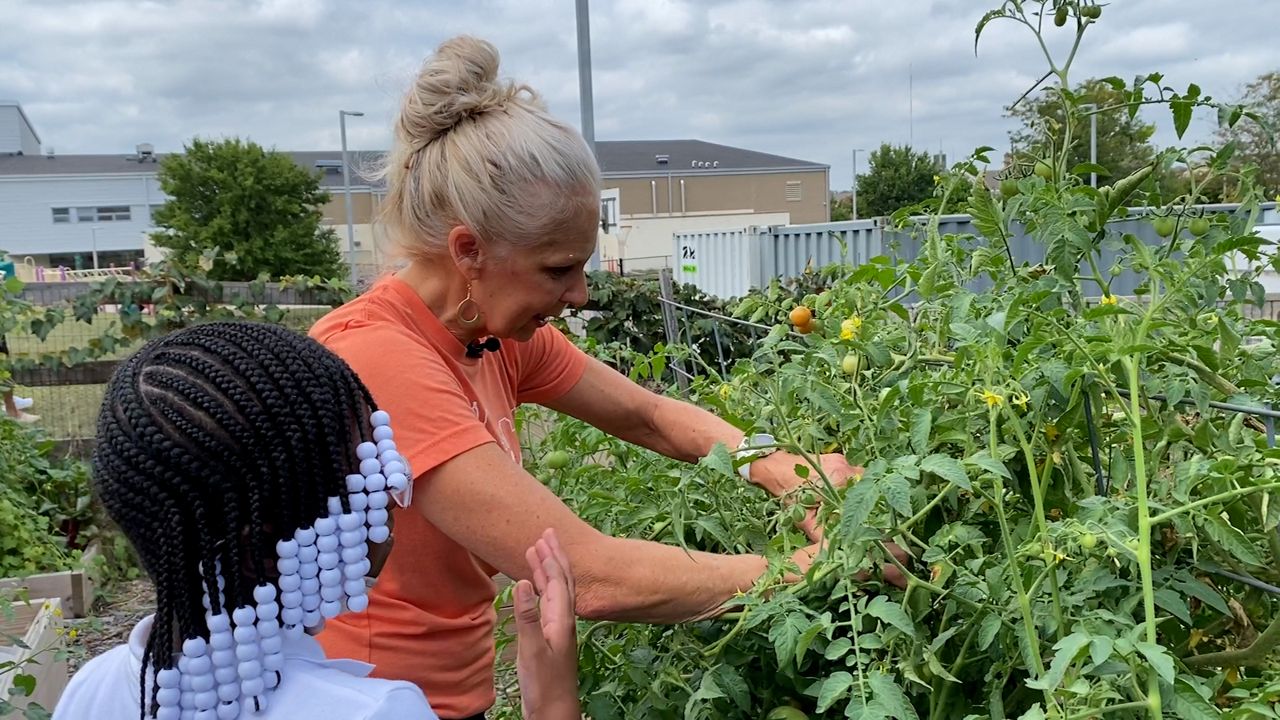 CINCINNATI — Behind Hays-Porter Elementary School, a few dozen raised beds have grown into a living, interactive lesson for students in the West End.

Over the next few years, the school, community council and various nonprofits hope a little time in the green space will find its way into all aspects of the curriculum. They want science classes studying growth, art classes sketching flowers and history classes exploring agriculture, but when the times come harvest, they hope the garden fulfills its most important mission: feeding the neighborhood. 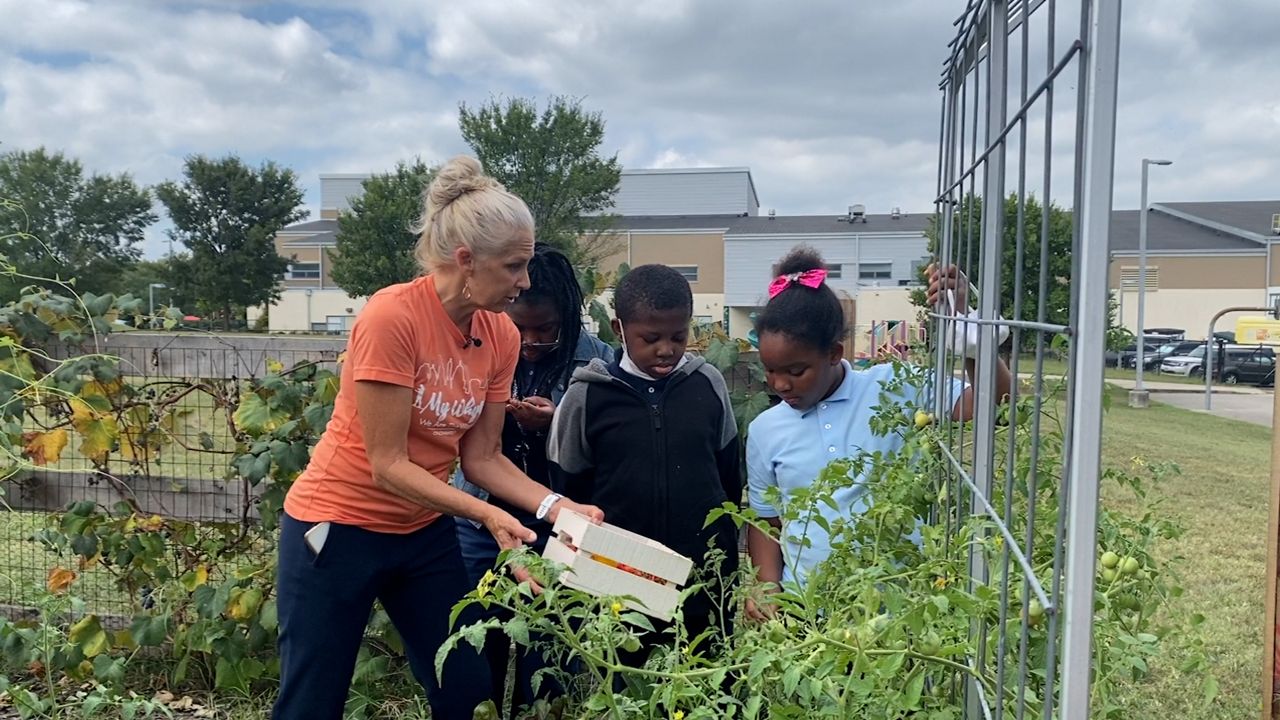 Cincinnati’s West End neighborhood is a food desert, which means residents need to look outside their community for access to fresh, affordable, healthy food. The closest grocery store is more than a mile away and many lack access to reliable transportation.

A partnership between the West End Community Council, the local schools, and the nonprofit My Why Cincinnati, the garden at Hays-Porter Elementary was meant to be a start at finding solutions.

“We wanted to teach kids how to become critical thinkers and solve the problems that are plaguing their community,” Mary Beth Knight, the executive director of My Why Cincinnati, said.

The garden was one of the neighborhood’s 2019 recipients of the FC Cincinnati Foundation’s grants to support projects in the West End. The 2021-22 school year marks the first opportunity for kids can work the garden year-round.

Knight, a former teacher in the neighborhood, said her time teaching showed her all the ways kids needed support outside of school and she said one of her most heartbreaking discoveries was just how many were going hungry. 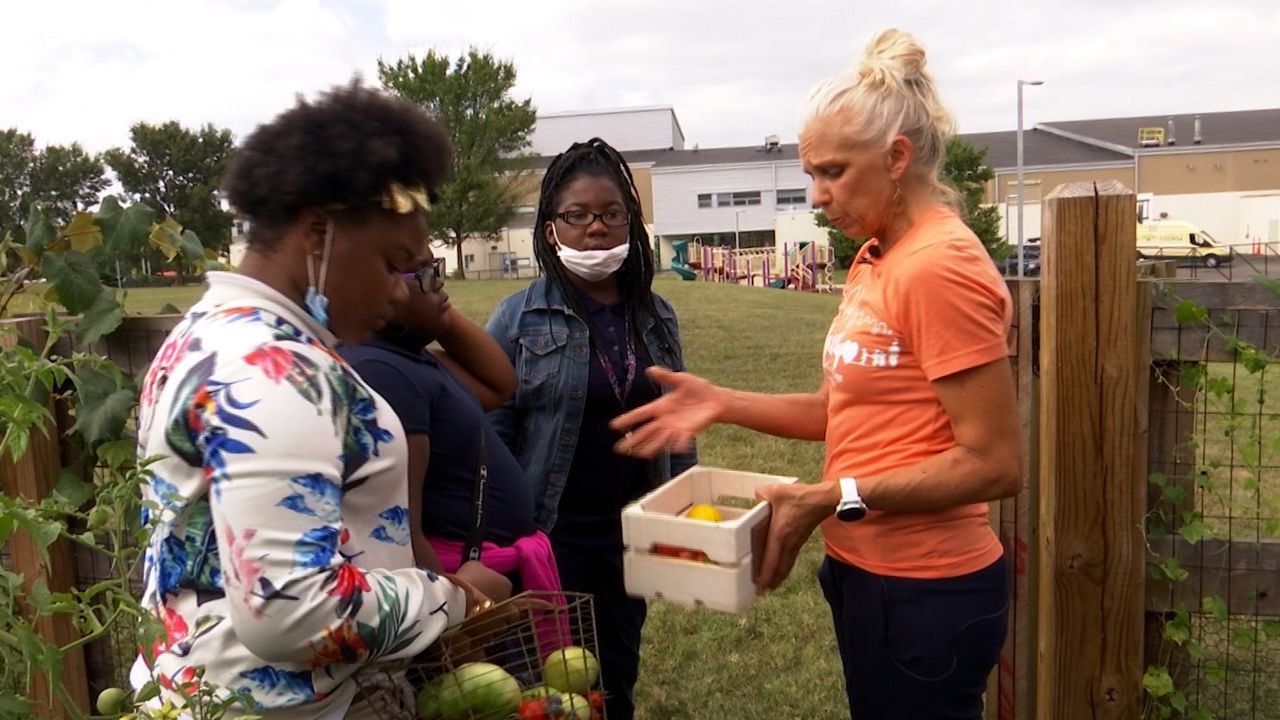 Knight instructs students about the food they're growing

Knight started researching ways to help and found two big takeaways. The first was that kids who grow their own fruits vegetables are more likely to eat them. The second was that her background was uniquely suited to help them get started.

“I grew up on a farm, surrounded by animals and crops,” she said.

Now whenever she visits the garden, she takes every opportunity to channel that education background.

“You can grow things anywhere you want to grow them,” she said to one of the students. “All you need is a seed and you.”

The garden however was just the start. Knight and My Why Cincinnati took another big step in September opening the first West End Farmers Market.

The year-round market, now meeting every third Saturday of the month, is focused on supporting local growers and offering fresh food at affordable prices. The Hays-Porter produce will be a prime vendor.

“Then that money will come back to your garden to make your garden bigger,” Knight told the kids.

Proceeds from the market will also go to help build a greenhouse and hydroponic system at the West End Community garden, as well as other projects aimed at improving food access in the neighborhood. 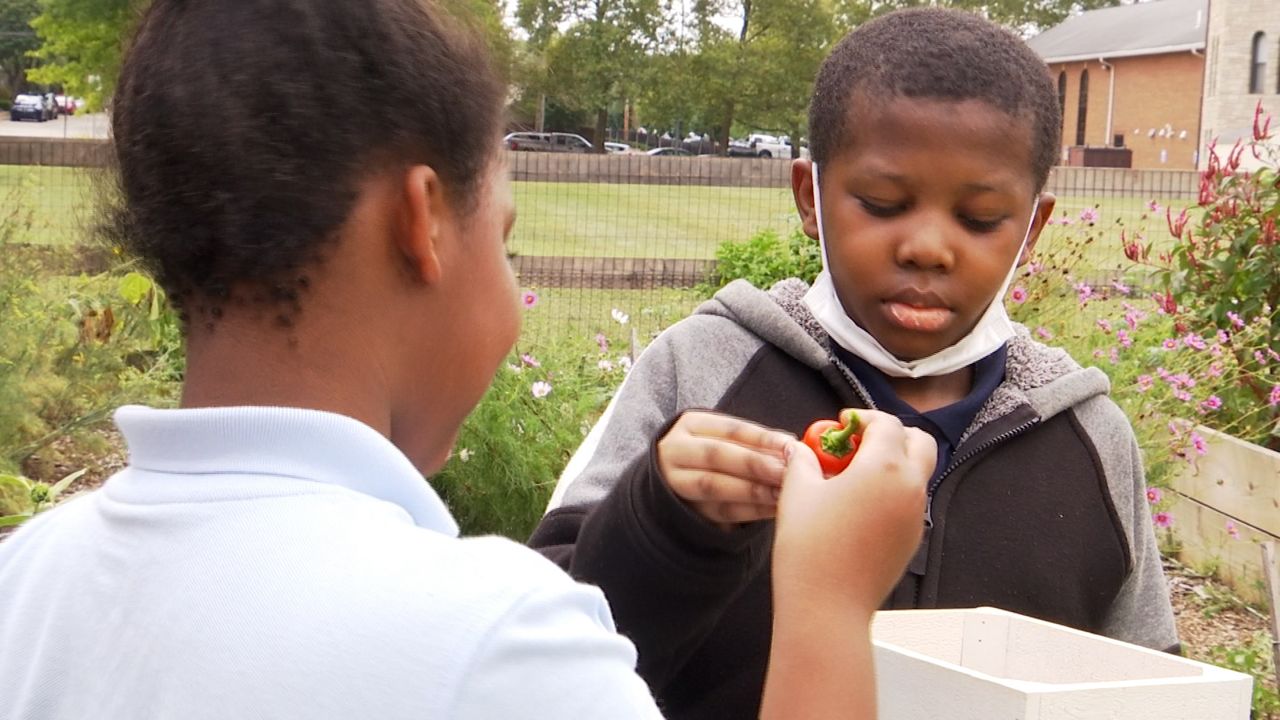 As for the market’s staff, Knight said many of her former students reached out to volunteer, as well as other Hays-Porter students.

Noah O’Brien, the vice president of the West End community council and one of the leaders behind the garden said he’s excited to see the project take that next step. He said it will not only help distribute the produce to even more neighbors but expand the garden’s educational potential.

“Letting the students see what it takes to actually run a business, what the expenses are, what anticipated profits they could realize based on what kind of price they set,” he said. “I think this partnership with the farmers market is an excellent opportunity to let those kids learn some of those entrepreneurial skills.”

The next farmers market will take place on Oct. 16 at Laurel Park.