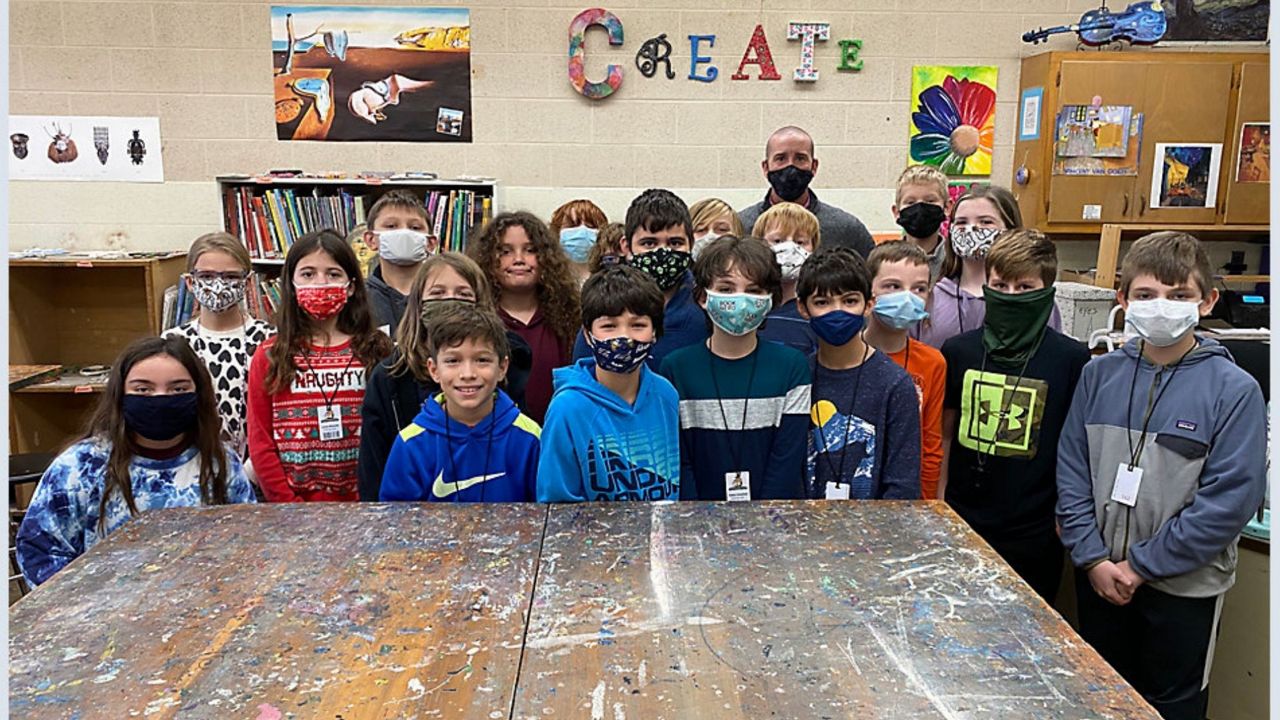 'It does have an impact and you feel it.' Substitute teacher shortage pinches Ohio schools

STOW, Ohio -- Administrators are substitute teaching in the classroom, teachers are juggling multiple classes at once and mechanics are driving school buses. All of those scenarios are happening in school districts across Ohio due to staff shortages.


Andy Yanchunas is the principal of Lakeview Intermediate in the Stow-Munroe Falls City Schools District in Summit County. He said in all of his years educating, he’s never seen anything like this. The substitute teacher shortage is severe and its impact is widespread.

Yanchunas has been pulling double duty as an administrator and substitute teacher since the start of the school year.

On the day Spectrum News came to the school, he was teaching fifth grade art.

“I’d say between myself and Mrs. Farneth, the assistant principal, we’re in and out of classrooms three or four times a week doing some coverage here or there," said Yanchunas.

Yanchunas said every staff member is spread thin and stepping up to make the student experience as streamlined as possible.

“So you take the really great resources and you stretch them out as far as you can. And it does, eventually on a daily basis, it does have an impact and you feel it," said Yanchunas. 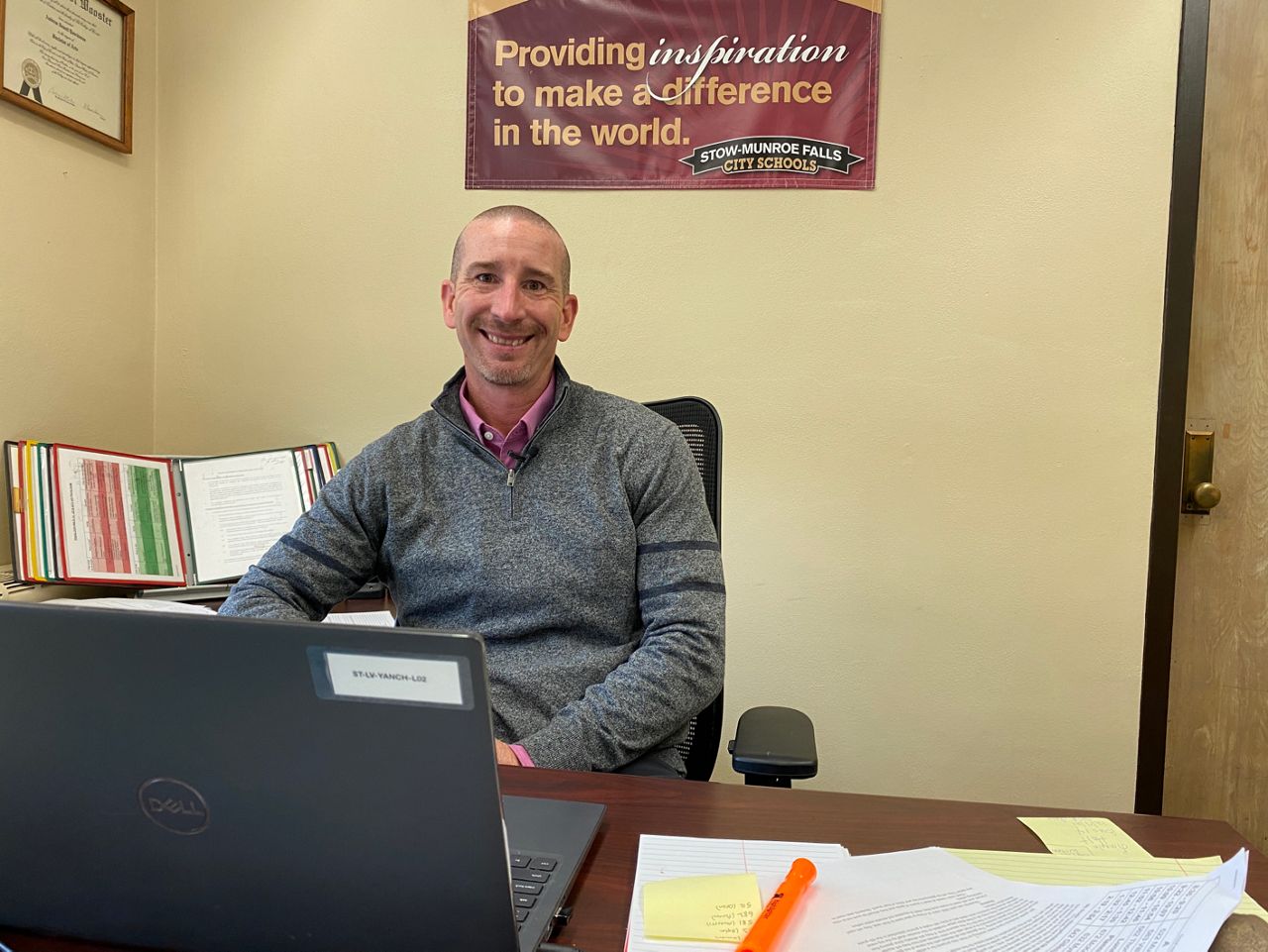 In October, Gov. Mike DeWine signed a bill into law that allows school districts to hire substitute teachers who do not hold a post-secondary degree for the rest of the school year.

“Ideally, I want to have that degree and make sure that I have the highest quality, highest trained people to do the job, but I think there is some potential there that in the sort of crisis situation that we’re in, that that could be a short-term remedy to help us get through,” he said.

But why is the shortage happening now?

“I think if there was an easy singular answer to that we could go out and solve that problem, but I truly believe it’s multifaceted," said Yanchunas.

For starters, substitute teaching can be hard work for little pay and Yanchunas said some never returned following COVID-19 closures.

Lakeview Intermediate has four floater subs in the building every day and the high demand for substitute teachers is causing somewhat of a bidding war between districts.

“I did have one building floater sub that was coming and he switched to a different district because he could make probably twice what he was making in Stow,” said Yanchunas.

Yanchunas said juggling multiple jobs means coming in earlier and staying later. Some of his critical principal duties have had to be placed on the back burner.

“And that stacks up over the course of the year. So, in all honesty, teacher evaluations I have not done as many observations as I would like or need to have done at this point," he said.

For Yanchunas, this challenge has renewed his appreciation for subs as the education system continues to navigate uncharted territory.

“The subs just came so you didn’t necessarily have that appreciation because when you needed a substitute you had one. And now I know that the building floater subs that we have, I made it a point to buy them all lunch to tell them thank you for coming because they are so valuable in our operations right now and they’re so dependable and the subs we have are fabulous," said Yanchunas.

Some Ohio districts have had to close school or switch to virtual learning for days at a time because there weren’t enough teachers or bus drivers.

However, Angela Harper who is the recruitment and retention manager at Akron Public Schools said they’re in a much better spot now than they were at the start of the school year in part because they increased pay and broadened the qualified applicant pool thanks to Senate Bill 1.

“I would be happy if we hired 100 more. I want to be able to hire so many people that we would never have a need," said Harper. "We're at a nice space now especially since we've done a lot of campaigning with, you know, just with our district and marketing on social media and doing, you know, radio ads and different things that help with making people aware that hey, this is an opportunity for you to earn a nice amount of a wage and also do somethingthing as relates to, you know, giving back to your community.”

Both Stow-Munroe Falls City Schools and Akron Public Schools said they are hiring in multiple positions and are looking for more people to apply, especially those willing to commit to five days a week.