The Contemporary Dayton brings art back to Dayton Arcade

DAYTON — Less than a week ahead of its opening, the Contemporary Dayton’s gallery looked less and less like a work in progress.

Wallpaper in hand, contractors stood on ladders, finishing the final section of wall, while the curator guided a preview crowd through the art hanging in the next room over and the executive director tidied up the floor.

It was all in anticipation for the grand opening on Friday when the gallery became the latest tenant to open at the historic Dayton Arcade. It’s a feat that seemed impossible a few years ago, until 2016 when the city wasn’t sure the building complex would have a future downtown.

As a part of what he calls a cultural space for the city, curator Michael Goodson said The Contemporary Dayton wants their exhibitions to pay homage to the Arcade, the city and the artists whose works will hang in its halls. 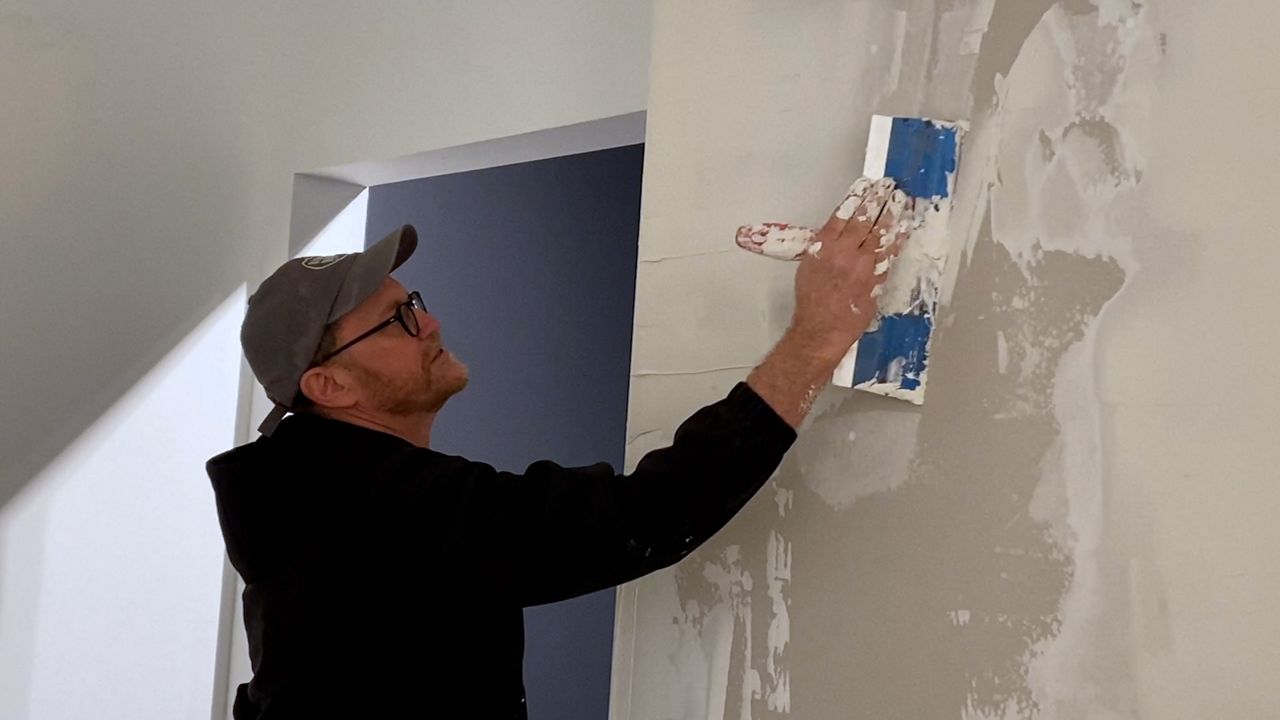 Days ahead of the opening Goodson was getting his hands dirty, mudding the walls to set the canvas to hang the works of Cauleen Smith, an American filmmaker.

Goodson wants to wrap them around the room, allowing the display itself to become part of the art, while visitors can watch the film of the books in the projection room around the corner.

“I think this is the first time, Cauleen’s work has been shown certainly in Dayton if not in Ohio,” he said.

The two other artists featured in the first exhibition have a much more personal history with the city and each other. Both Zachary Armstrong and Curtis Barnes, Sr. are from Dayton, and Barnes served as a mentor to Armstrong.

“Curtis Barnes, Sr. worked incessantly and Zachary Armstrong got that from him,” Goodson said.

That’s why Goodson set up the exhibition so that the first time visitors see Barnes’ work it’s framed by Armstrong’s designs. 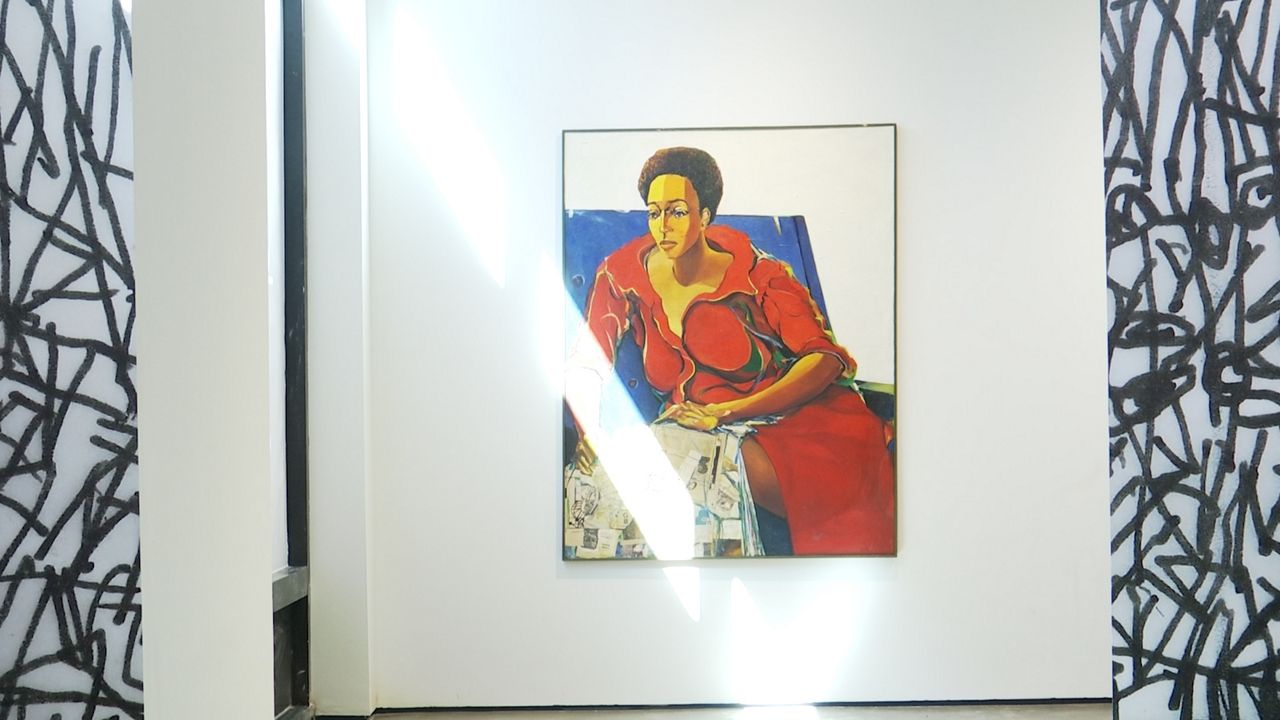 Barnes' portrait of his wife through Armstrong's designs

In Barnes’ section of the exhibition, Goodson said visitors will see a tribute to Dayton’s people. There’s a wall covered in portraits Barnes painted of people who stopped by the community center in west Dayton.

“He would paint so much and so fast,” Goodson said. “This painting was painted actually on a piece of ceiling tile.”

It didn’t matter what Barnes had, Goodson said he could make something beautiful. That’s why he said his work is so fitting in the inaugural gallery at the new Dayton Arcade.

Like many long-time Daytonites, Goodson has a history with the space. 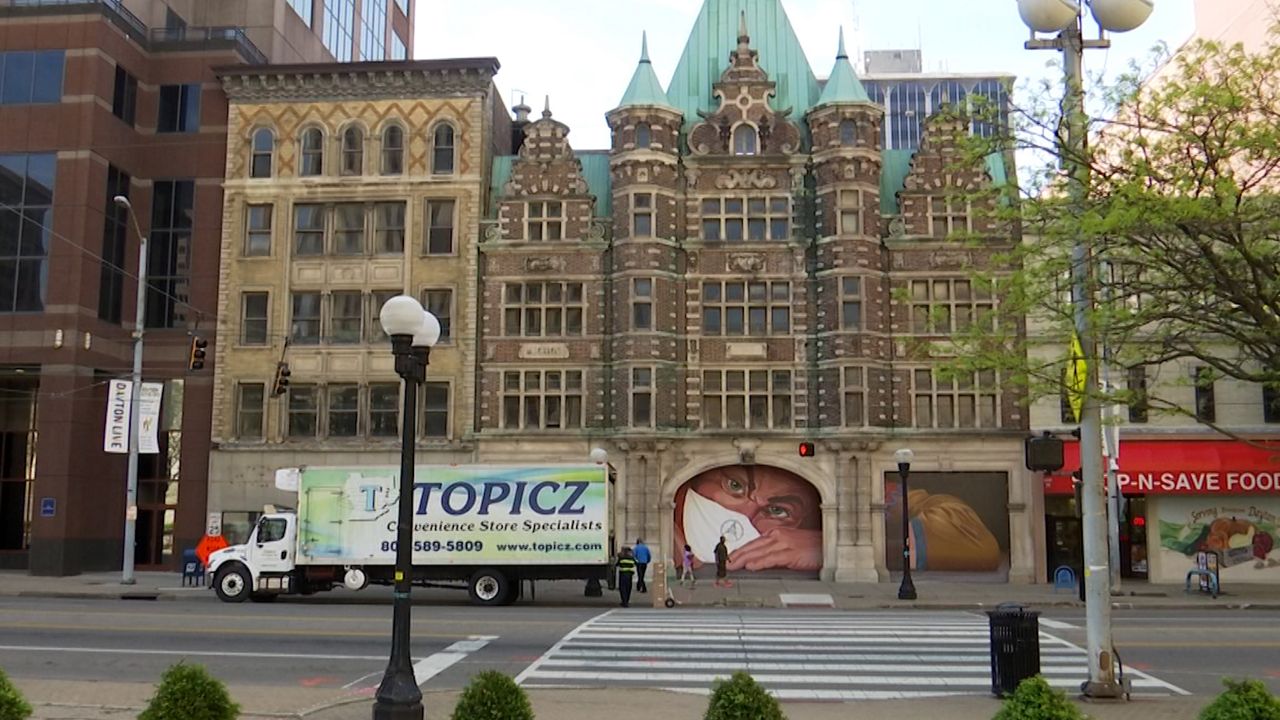 Facade of the historic Dayton Arcade

Built in 1902, over the years it’s housed a market, museums and boutiques. It was the economic hub of downtown Dayton for years.

“I think I got really my primary education among other things going to the bookstore at the arcade,” Goodson said.

As crowds declined, so did the structure. The arcade closed in 1990.

It took 30 years and $98 million to reopen, but Eva Buttacovoli said The Contemporary Dayton is proud to be one of its first new tenants.

“I think its fitting that a contemporary art gallery is part of the christening of this space,” Goodson said.

He hopes The Contemporary Dayton can build on the history and culture of its new home, putting Dayton art on display and giving a new generation of locals the opportunity to fall in love with the Arcade.