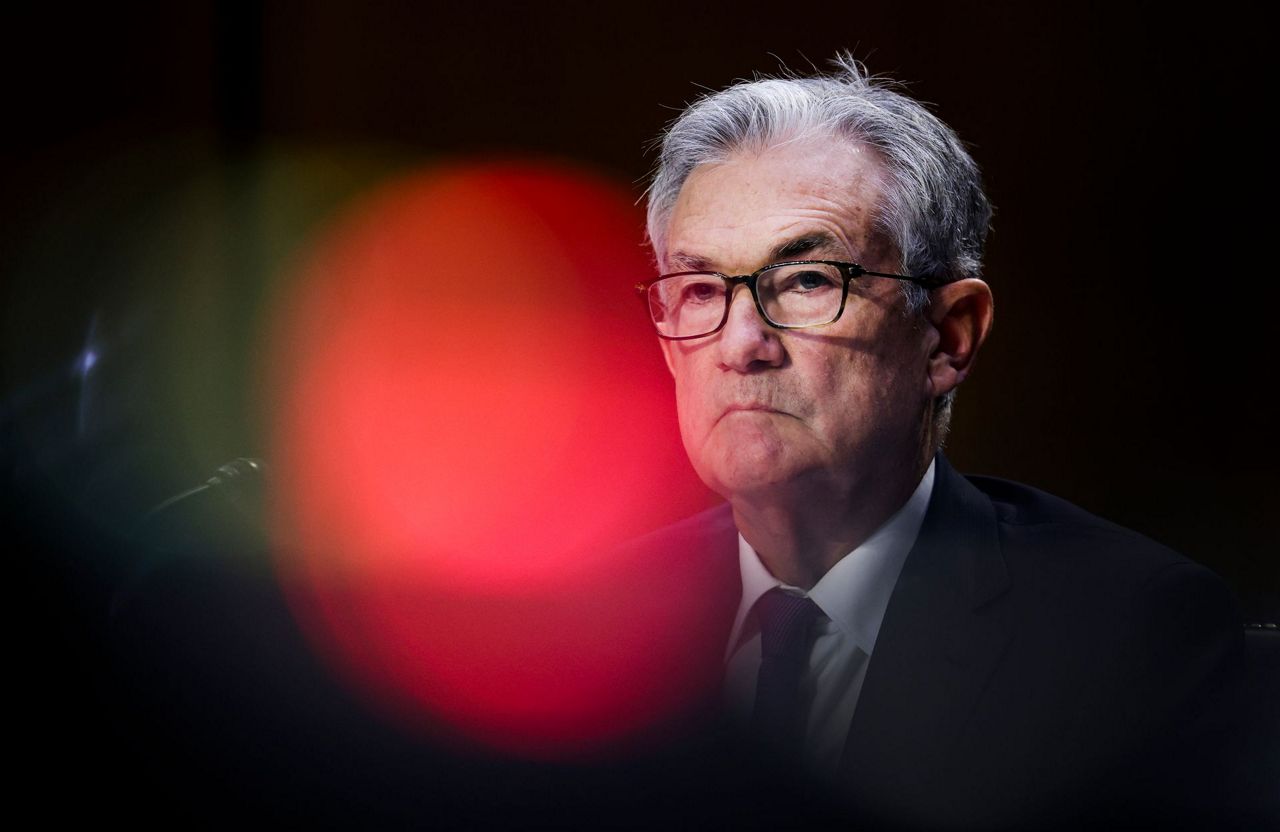 A potential Powell renomination for Fed faces some dissent

WASHINGTON (AP) — Resistance to the potential renomination of Federal Reserve Chair Jerome Powell intensified this week, with Sen. Elizabeth Warren becoming the first senator to publicly oppose him and many progressive groups pushing for some alternative leader at the Fed.

Powell receives generally high marks from economists and Wall Street for his actions in steering the economy through the pandemic recession. But he has come under fire from some progressive groups around issues that are traditionally not major points of contention when the Fed's leadership is considered, such as financial regulation, or have never come up before, such as climate change.

Powell's term will expire on Feb. 5, 2022, and most analysts say he's still likely to be renominated and confirmed by the Senate for a second four-year term. But his future seems less certain than it was a month ago.

The White House declined to say Wednesday whether President Joe Biden had decided on a Fed chair or what influence Warren’s statements might have but said Biden is still consulting with his economic team on the matter.

So far, Warren, who was among 13 senators to vote against Powell in 2018 when he was first nominated for the Fed chairmanship by President Donald Trump, is so far the only senator to publicly oppose him this time. Powell has been endorsed by several liberal and moderate Democrats, including Sen. Richard Durbin of Illinois and Sen. Jon Tester of Montana, and enjoys broad Republican support in Congress.

Still, at a Senate hearing Tuesday on the government's support for the economy, Warren argued that actions the Powell Fed has taken have weakened bank regulations that Congress passed after the 2008 financial crisis.

“Over and over, you have acted to make our banking system less safe,” Warren said. “And that makes you a dangerous man to head up the Fed, and that’s why I will oppose your renomination.”

The Powell Fed has revised many bank rules that were established after the 2008 financial crisis — a catastrophe that nearly toppled the financial system and led to huge taxpayer bailouts for the largest U.S. banks. Groups such as Americans for Financial Reform, a progressive nonprofit, say that, among other steps, Powell has reduced the capital that banks are required to hold to ensure they remain solvent. They also say that he has weakened the Volcker Rule, which restricts banks from trading with money that is federally insured.

“The strength of her opposition highlights the political cost to Biden within his party of proceeding with reappointment and must reduce Powell’s chances some," Krishna Guha, an analyst at the investment bank Evercore ISI, said Tuesday. “But at this stage — recognizing that it is not a done deal — we still think he is odds-on for renomination.”

Powell's changes “were not major attacks” on their legislation, Dodd and Frank wrote. And Biden can make other appointments to the Fed's board, they noted, to limit Powell's ability to take further deregulatory steps.

One alternative is that Biden could appoint Lael Brainard, a Fed governor who has repeatedly cast dissenting votes on Powell's rule changes, to the Fed's top regulatory post. That position is now held by Randal Quarles, whose term as the Fed's regulatory leader will expire Oct. 13.

Brainard is also the leading alternative to Powell as Fed chair among progressive Democrats, because of her support for tighter banking rules and for greater action on climate change. She would also continue Powell's low-interest rate policies. And as a member of the Fed's Board of Governors for seven years, her appointment would be seen as unlikely to disrupt financial markets.

The unusually intense focus on Powell's regulatory record partly reflects the fact that his extensive efforts to support growth and hiring coincide with Democratic goals. Powell has prioritized putting as many Americans back to work as possible, while worrying less about inflation. Past Fed chairs have been quicker to raise rates to forestall high inflation, a move that can slow job growth.

Still, many progressive activists argue that such issues as financial regulation and climate change are just as critical to the Fed's goals of full employment and stable prices. With rates low, they argue, regulation is particularly important now because low rates often inflate asset bubbles, which can derail the economy once they burst.

The Fed can also do much more on climate change, Martin argues. It can, for example, include climate change risks in the annual “stress tests” it conducts, in which banks are assessed on how they would manage a sharp downturn.

"This is something that all of the major central banks around the world have been doing," including the Bank of England and the European Central Bank, Martin said.

More ambitiously, the Fed could require banks to treat lending to oil and gas companies as riskier than other loans, and mandate that they hold more capital in reserve when they issue such loans, said David Arkush, a managing director at Public Citizen, which supports Brainard over Powell. With oil and gas likely to become less common sources of energy in the future as efforts to rein in greenhouse gases increase, the argument goes, banks could face heavy losses on such loans.

Still, the notion of including climate change in the Fed's financial supervision has sparked criticism from congressional Republicans, who say that doing so exceeds the Fed's mandates, which are to maximize employment and keep prices stable. It could also erode the political independence of the Fed, which is vital to its credibility.

“It is politically risky given that the parties have taken pretty stark stances on whether climate change is something that the federal government should address," said Sarah Binder, a political scientist at George Washington University who has written about the Fed's independence.

During Tuesday's hearing, Sen. Pat Toomey, a Pennsylvania Republican, argued that the Fed is exceeding its legal requirements.

“It’s therefore concerning to see the Fed — especially its regional banks — wade into politically charged areas like global warming and racial justice,” Toomey said. “These efforts undermine the Fed’s independence and distract from the Fed’s actual responsibilities, like controlling inflation.”

Some analysts counter that climate change can cost jobs and escalate inflation, if more frequent weather disasters damage supply chains, worsen droughts and shut down businesses. Those issues, they say, are squarely in the Fed's wheelhouse.

“The real political risk here is the Fed refusing to act on its core statutory mandate because it is politically charged," said Gregg Gelzinis, an associate director at the Center for American Progress, a progressive think tank.

Beyond the chairmanship, Biden has the opportunity to put his broader imprint on the Fed by filling two other openings on the Fed's seven-member board: One that is vacant and another that will open up in January, when Vice Chair Richard Clarida's term ends.

Some of the names that have been floated as potential appointees include Sarah Bloom Raskin, a former top official at the Treasury Department who was previously a Fed governor and a state banking regulator, and Lisa Cook, an economics professor at Michigan State University and a former staff economist on the White House's Council of Economic Advisers.

If nominated and confirmed by the Senate, Cook would become the first African-American woman to serve on the Fed's board in its 108-year history.

Sen. Sherrod Brown, Democrat from Ohio, noted that history during the Tuesday hearing and said, “It's time we had a Black woman on the board of governors.”