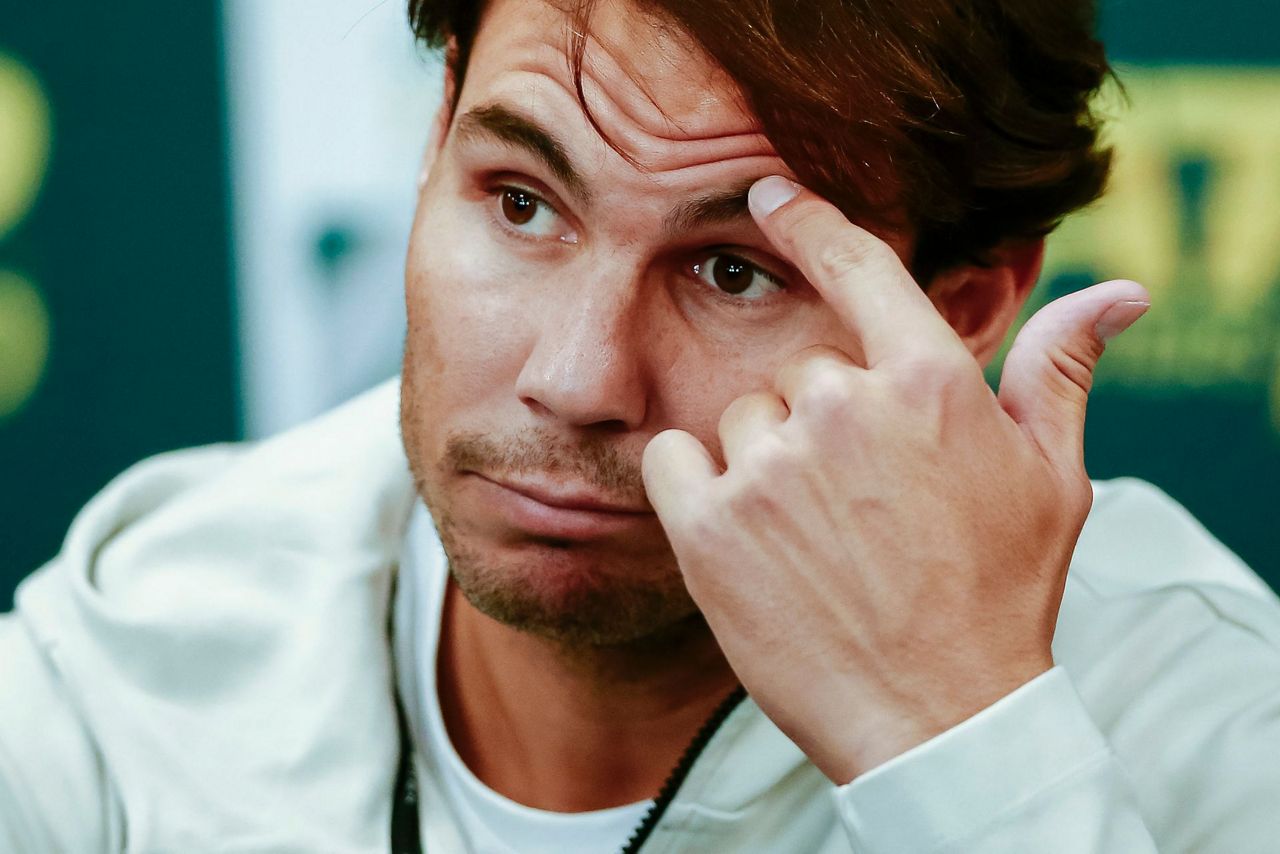 1 of 8
Spain's Rafael Nadal speaks during a press conference after pulling out of the Paris Masters tennis tournament in Paris, Saturday, Nov. 2, 2019, due to an injury. (AP Photo/Kamil Zihnioglu) 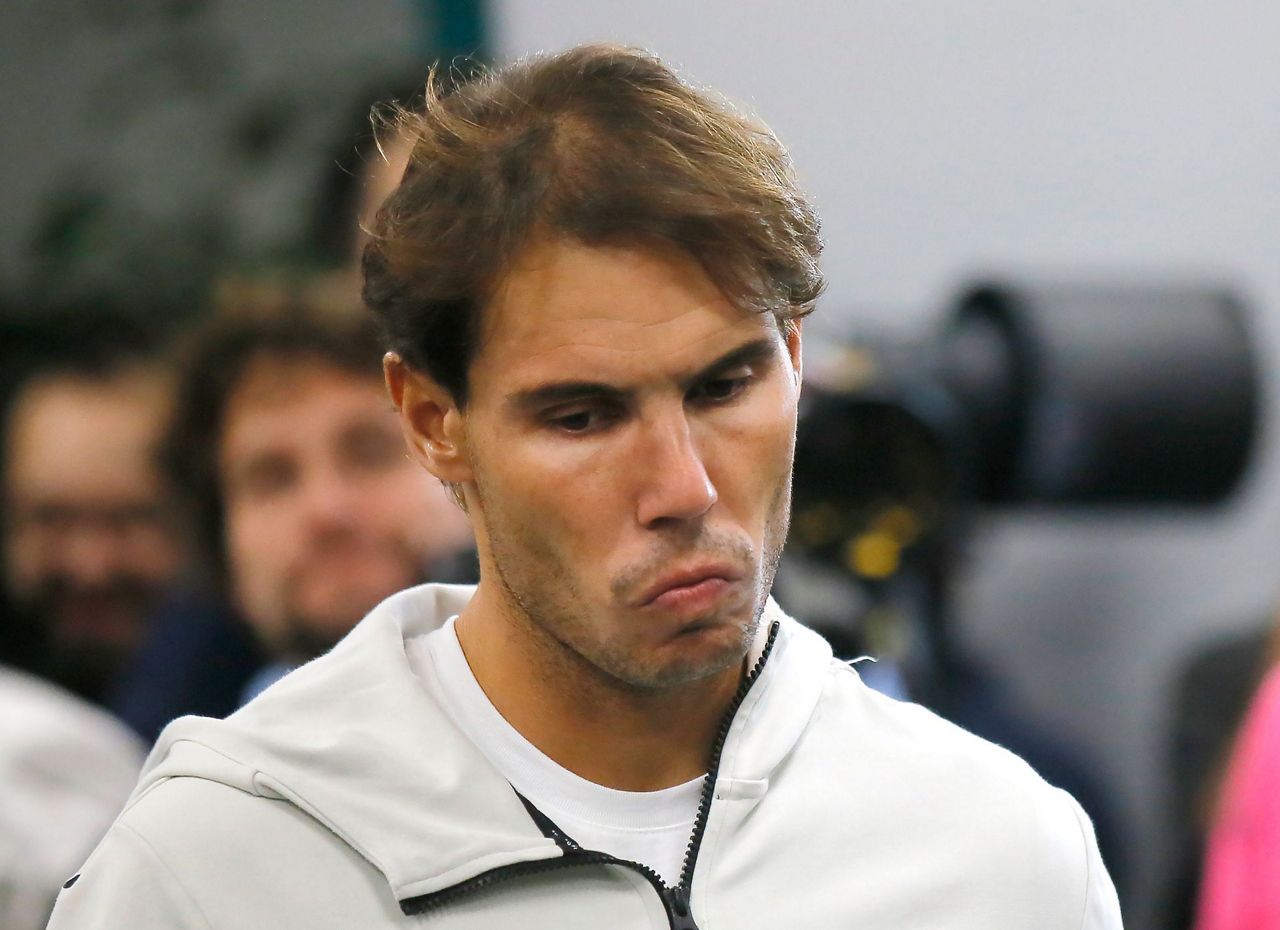 2 of 8
Spain's Rafael Nadal arrives at a press conference after pulling out of the Paris Masters tennis tournament in Paris, Saturday, Nov. 2, 2019, due to injury. (AP Photo/Michel Euler) 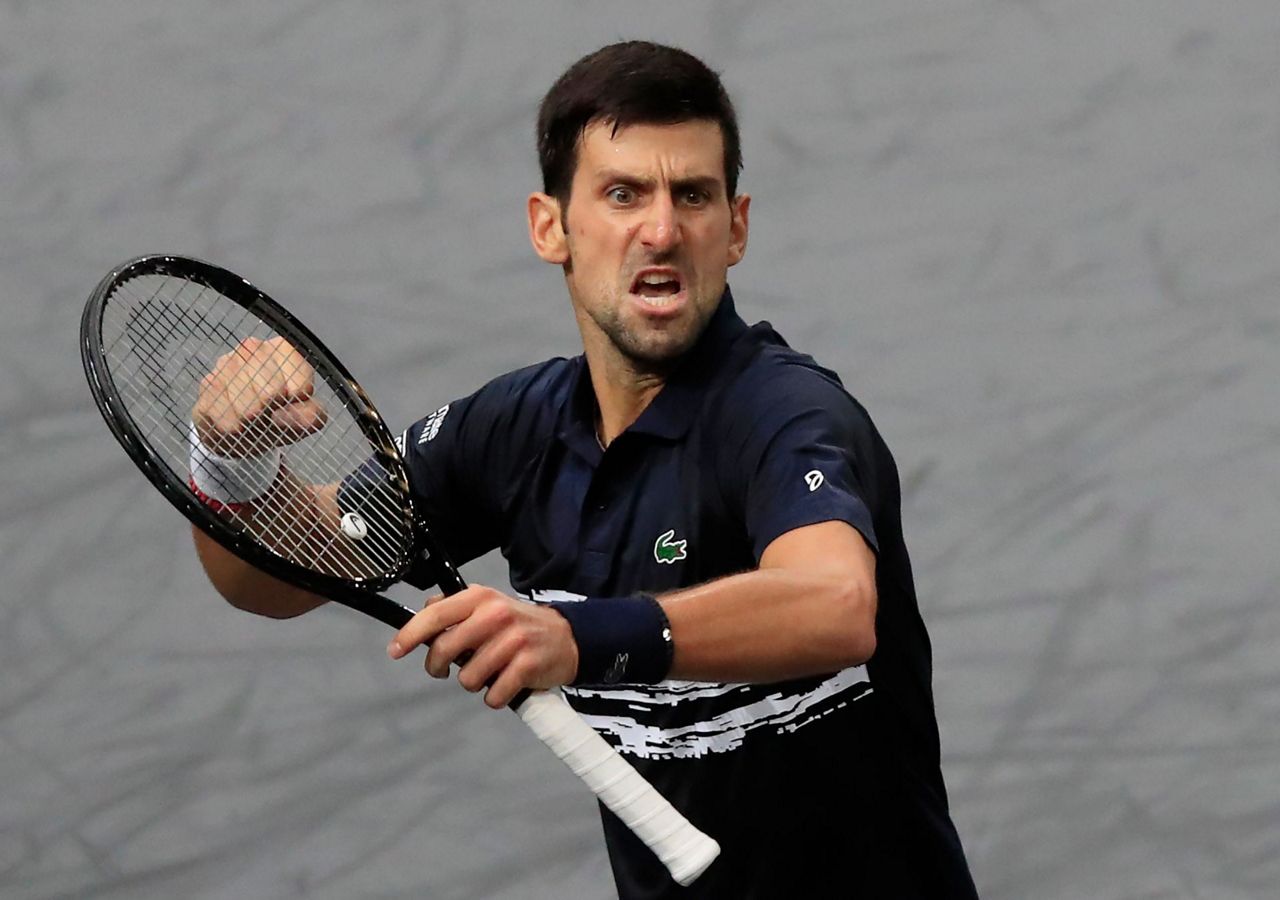 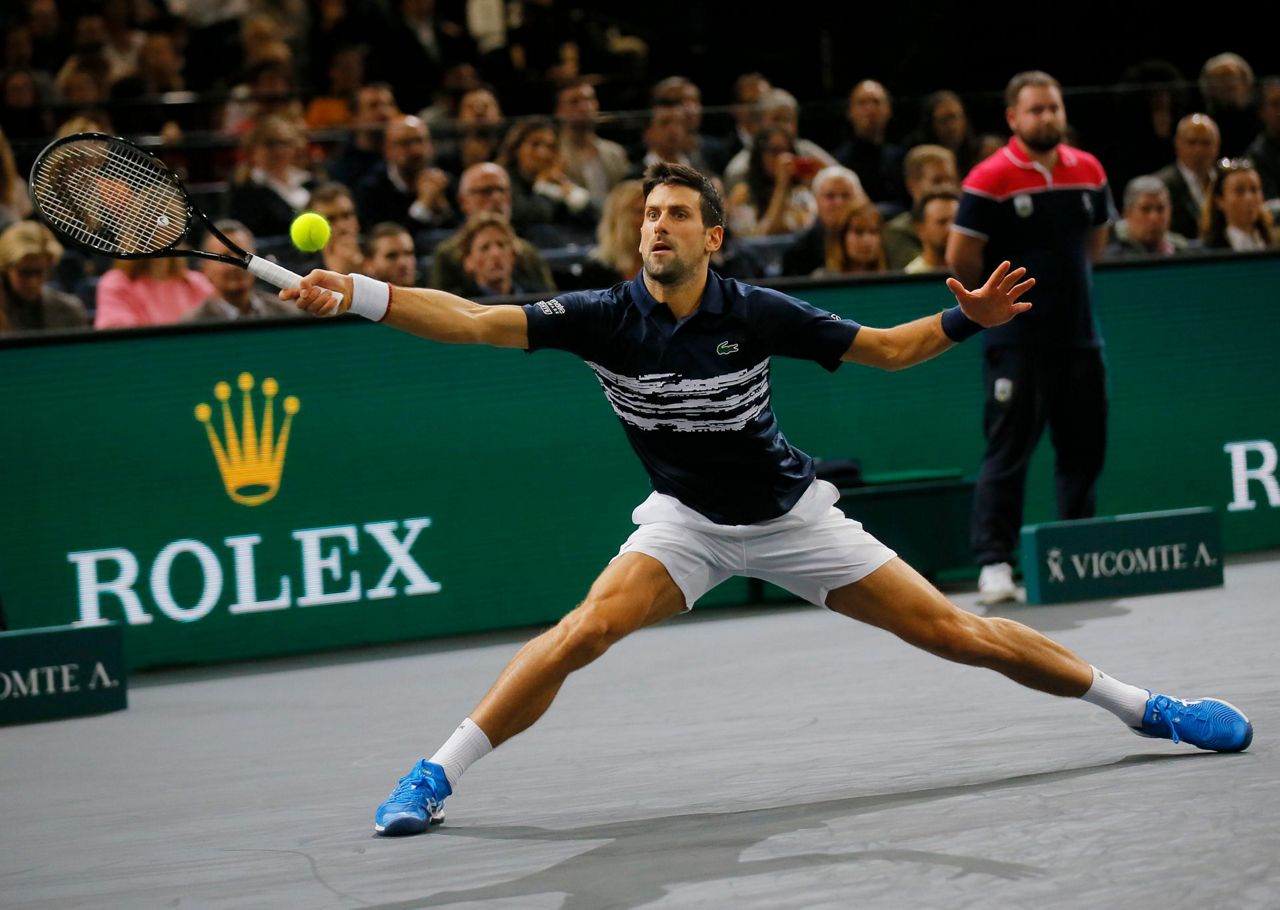 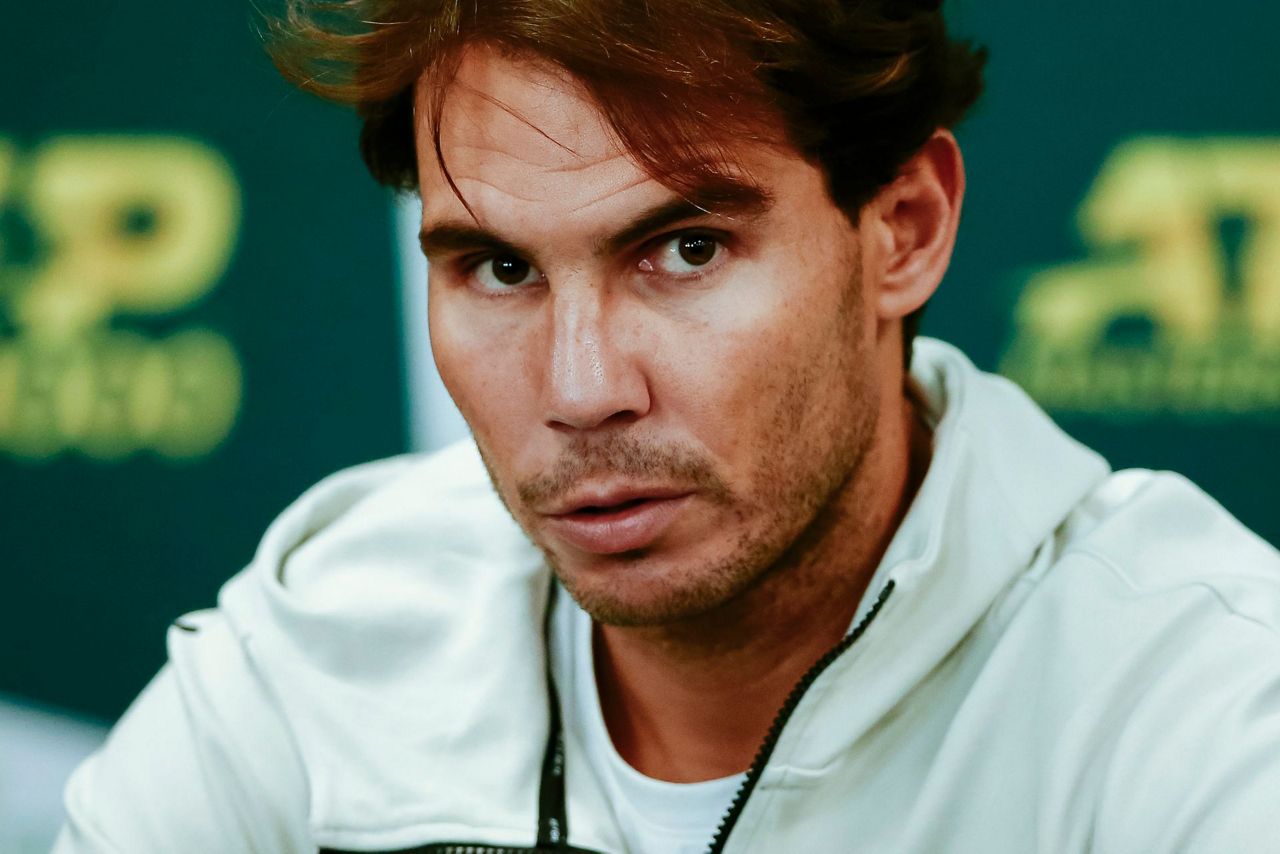 5 of 8
Spain's Rafael Nadal speaks during a press conference after pulling out of the Paris Masters tennis tournament in Paris, Saturday, Nov. 2, 2019, due to an injury. (AP Photo/Kamil Zihnioglu) 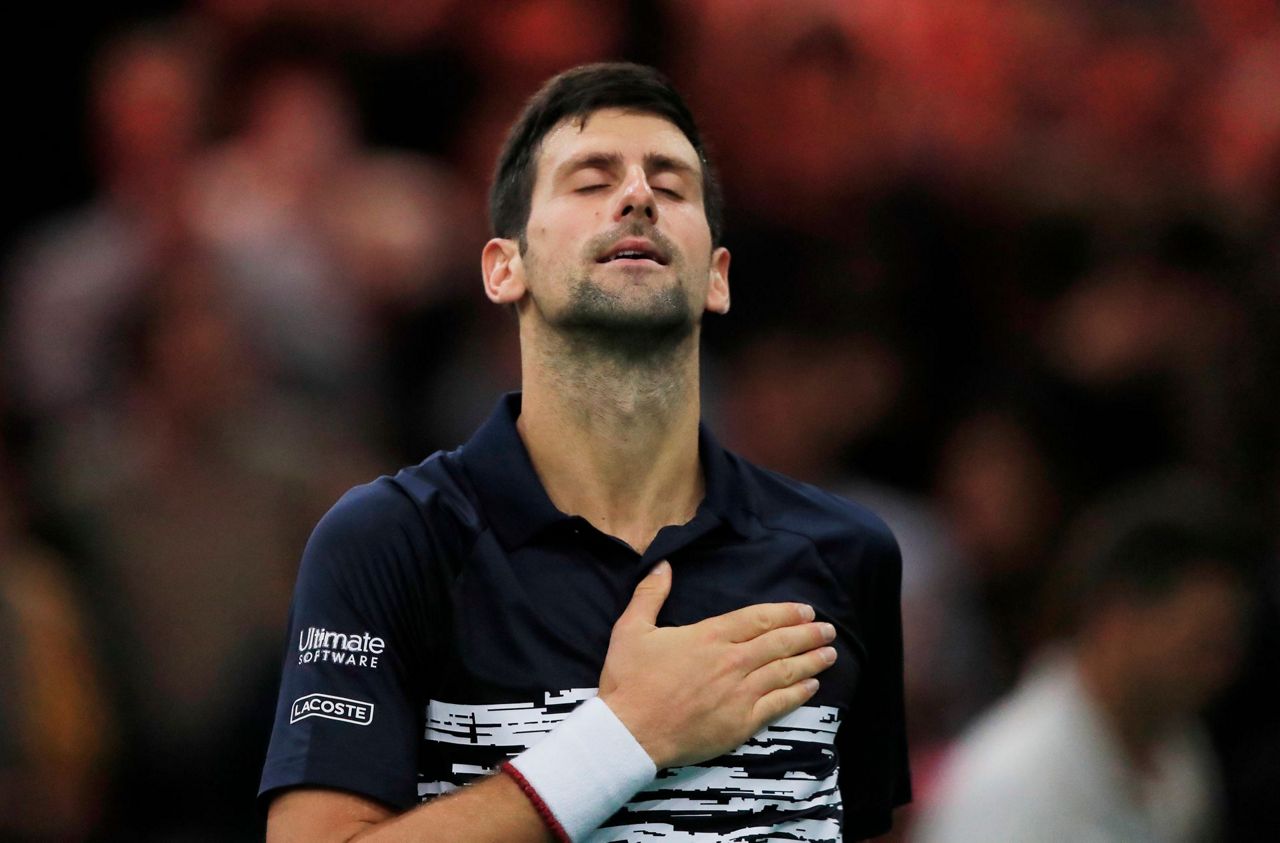 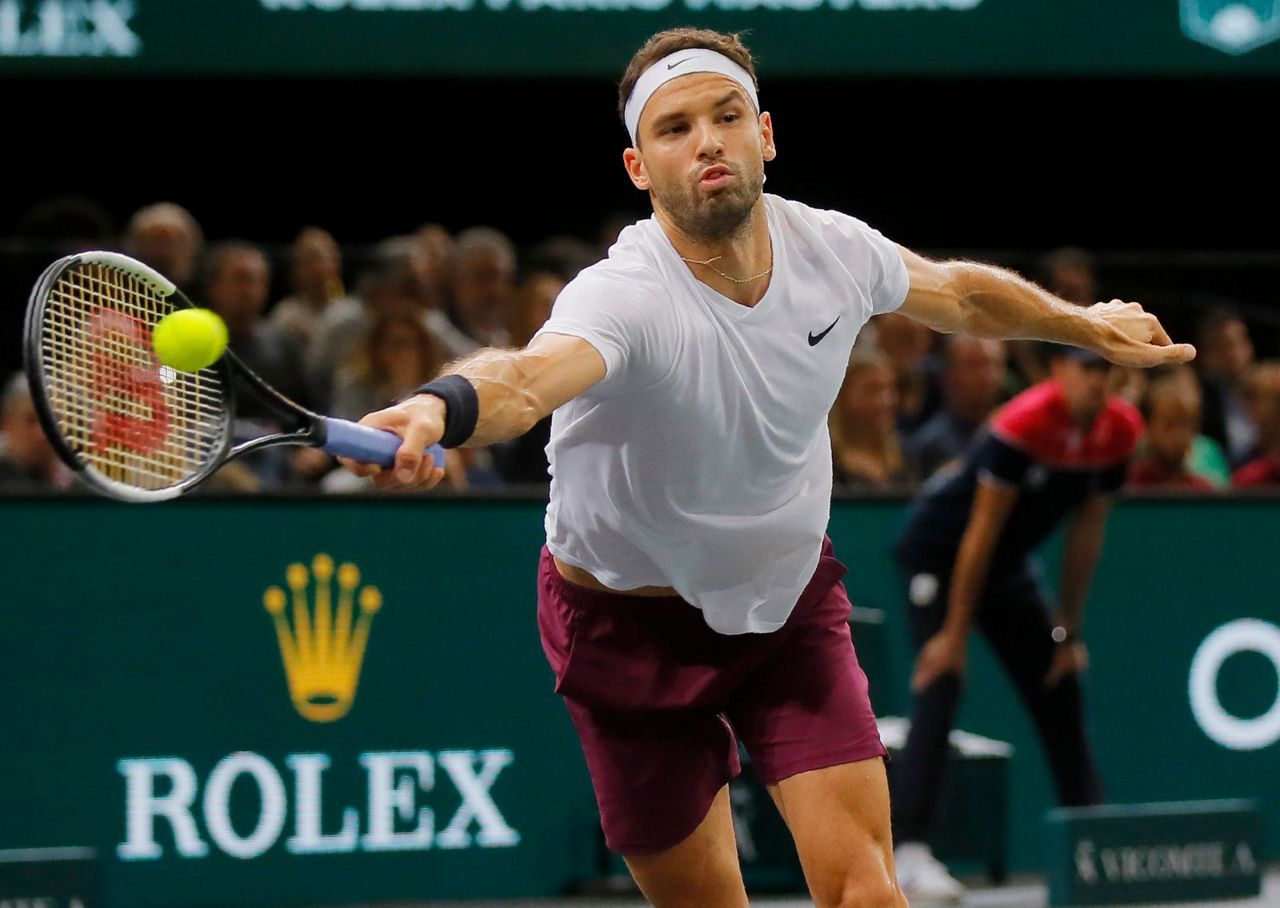 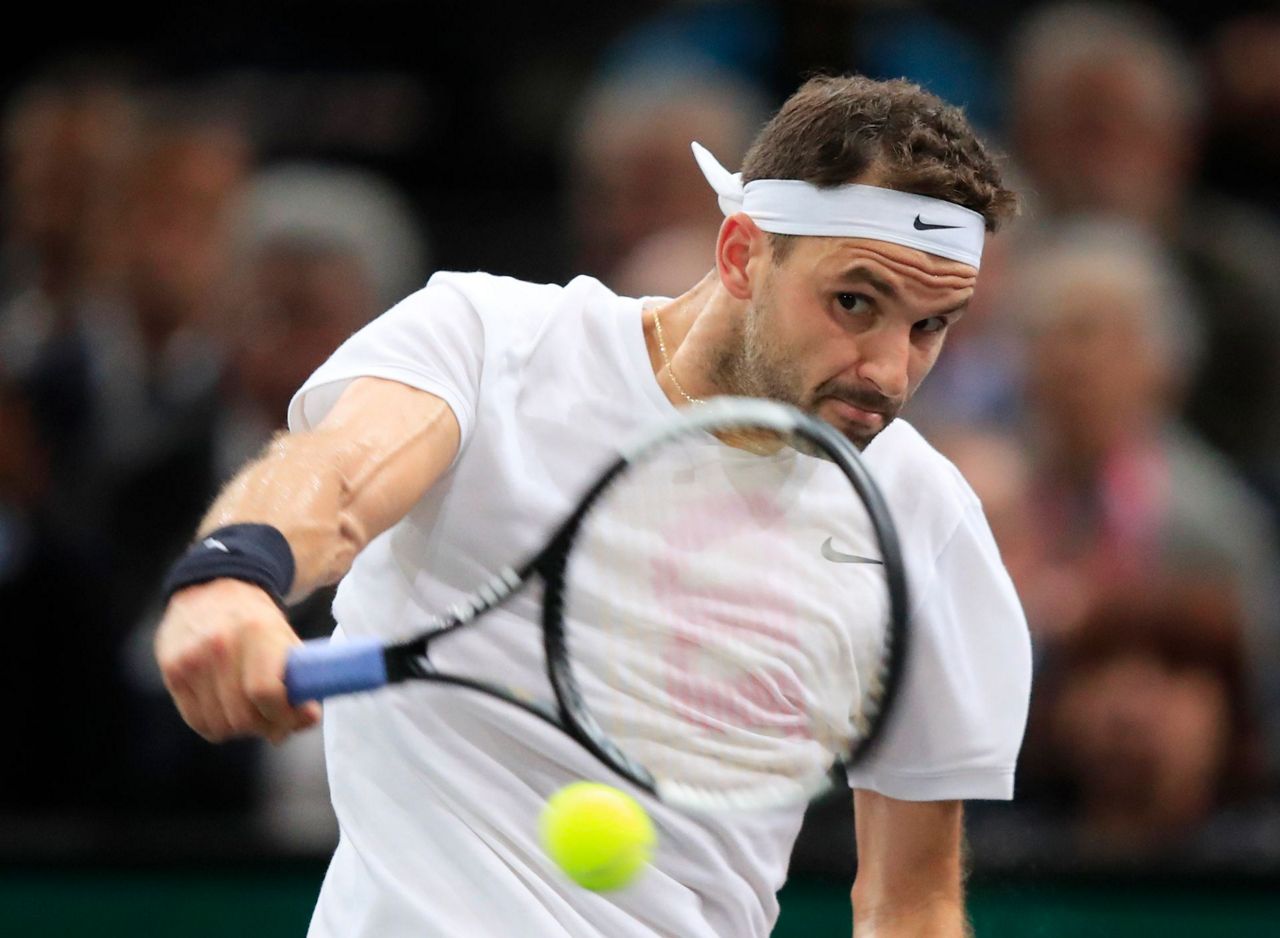 PARIS (AP) — Injury blighted Rafael Nadal again as he pulled out of his Paris Masters semifinal on Saturday, meaning top-ranked Novak Djokovic will go for his fifth title at the indoor tournament against Denis Shapovalov.

Fans hopeful of seeing a 55th career matchup between Nadal and Djokovic in Sunday's final were disappointed to learn, moments before the second semifinal was scheduled to begin, that Nadal withdrew because of an abdominal injury. The same injury forced Nadal out just before the start of last year's tournament at Bercy Arena and ended his season.

"I went through this in the past, so that's why the recommendation of the doctors (was) to not play," Nadal said. "I have to take that decision."

The second-ranked Spaniard said he felt the injury flare up in the morning as he practiced a few hours before facing the 20-year-old Canadian. A scan revealed a small strain. Nadal returned to practice and still felt pain serving. He decided it wasn't worth risking a bigger injury.

Last year, Nadal missed the season-ending ATP Finals in London because of the abdominal injury, but hopes he can recover in time for this year's finals starting on Nov. 10.

"I hope to be ready for London, that's the biggest goal now," he said. "I will do all what's possible to recover for it."

He is aiming for a 77th career title, a 34th in Masters events. He has a 3-0 record against Shapovalov, who is playing in only his second career final and his first at a Masters.

"Well, of course it's not the way I want to reach my first finals," Shapovalov said, referring to Nadal's injury. "But nonetheless it's a great opportunity for me ... I'm not one to cut down risk, so I'm going to go for it."

In a tight opening set where neither faced a break point, Dimitrov cracked in the tiebreaker faced with the defensive resilience of Djokovic.

With Dimitrov up 5-4 and controlling the exchanges, a 32-stroke rally ended when he advanced to the net and tried an extravagant forehand volley to the left. He could have played an easier shot with a controlled backhand to the vacant right side of the court.

The ball landed out and Djokovic punched the air, roaring in relief.

Then, on set point, a 35-stroke rally ended when Dimitrov chopped a backhand long.

"He was probably the better player in the tiebreak. I managed to get returns into play and just make him play an extra shot," Djokovic said. "We both really understood the importance of clinching the first set so we could feel a bit more relaxed in the second and start swinging through."

Djokovic broke Dimitrov in the fifth game of the second set when the unseeded Bulgarian swatted a forehand long.

Serving for the match, Djokovic held to love.

Djokovic won his first title here 10 years ago and three straight from 2013-15. He lost his only final last year to Karen Khachanov.

He is bidding to finish the year as No. 1 for the sixth time, which would move him one ahead of Roger Federer and Jimmy Connors, and into a tie with all-time leader Pete Sampras.

Nadal is looking to seal the year-end top ranking for the fifth time.

His injury last year ensured Djokovic ended as No. 1.