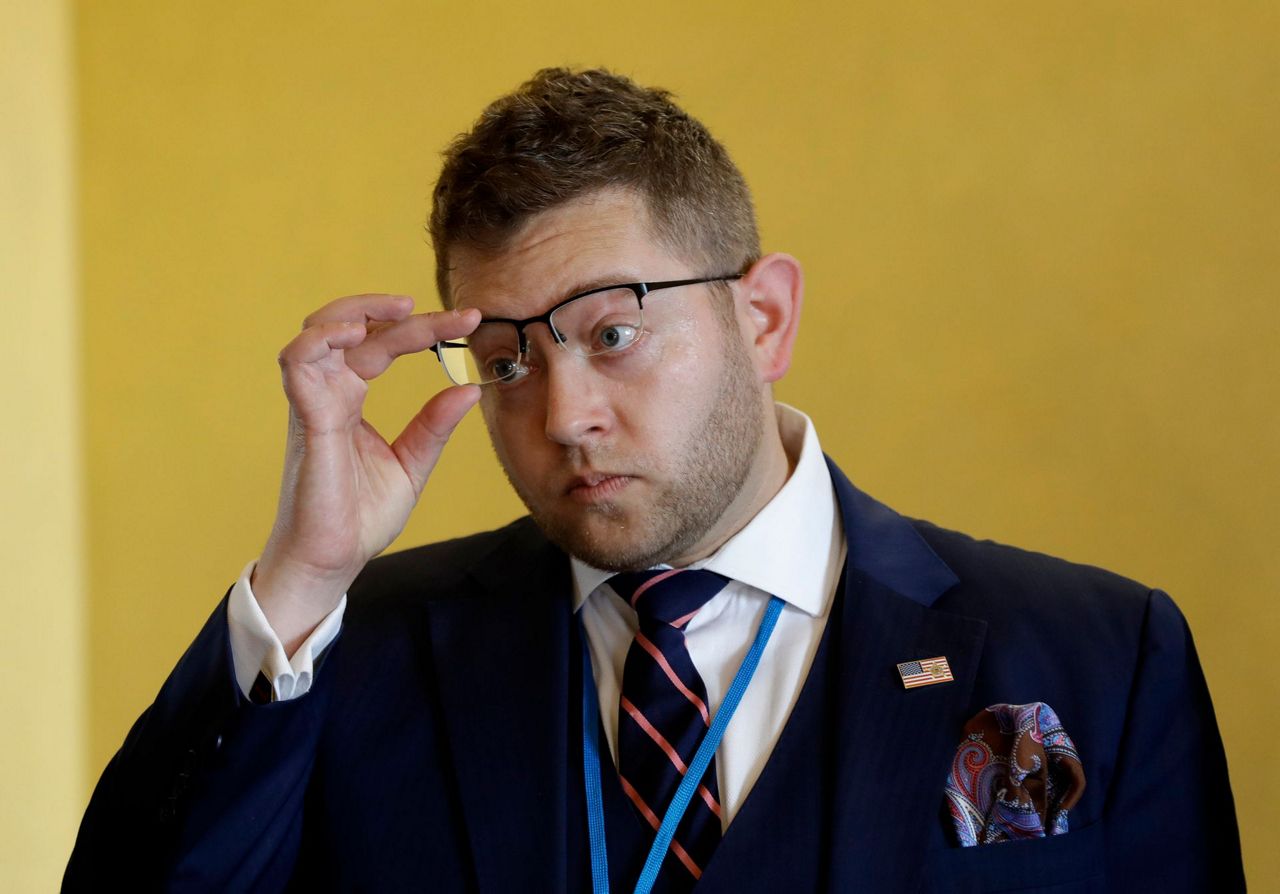 1 of 2
Joshua Steinman, an advisor to US President Donald Trump on cyber issues, adjusts his glasses prior the start of The Prague 5G Security Conference in Prague, Czech Republic, Thursday, May 2, 2019. (AP Photo/Petr David Josek) 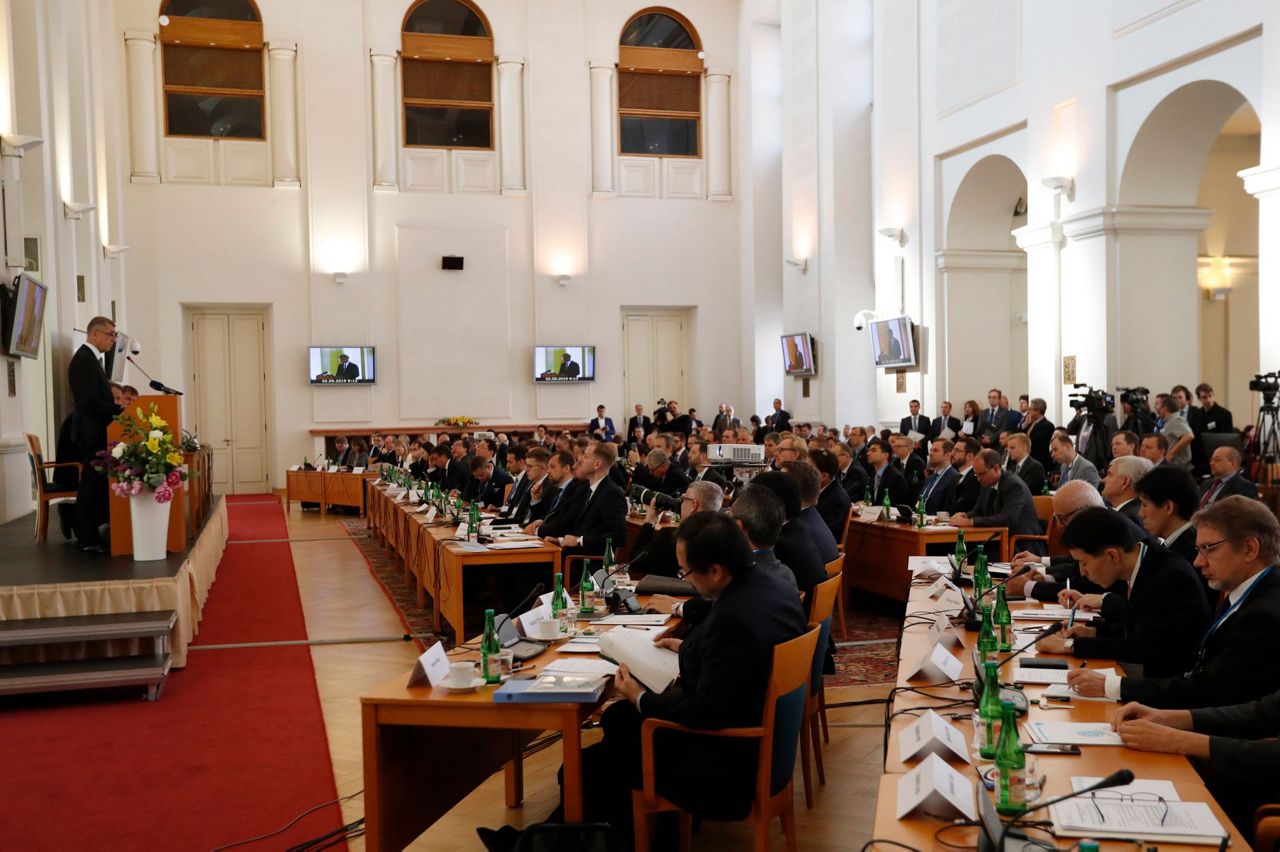 PRAGUE (AP) — Cybersecurity officials from dozens of countries drew up a blueprint on Friday to counter threats and ensure the safety of next generation mobile networks that their nations are set to start deploying.

Officials hammered out a set of non-binding proposals published at the end of a two-day meeting organized by the Czech government to discuss the security of new 5G networks.

The meeting comes amid a simmering global battle between the U.S. and China's Huawei, the world's biggest maker of network infrastructure equipment.

The U.S. has been lobbying allies to ban Huawei from 5G networks over concerns China's government could force the company to give it access to data for cyberespionage. Huawei has denied the allegations.

Officials called for a cooperative approach to security, saying that they didn't want to target specific countries or companies.

The proposals reflected the U.S. concerns, though some wording also appeared to be aimed at raising the bar for Chinese suppliers. The document said "security and risk assessment of vendors and network technologies" should be taken into account, as well as "the overall risk of influence on a supplier by a third country," especially its "model of governance."

"Security and risk assessments of vendors and network technologies should take into account rule of law," it said.

U.S. officials have urged their allies to factor in the laws and legal system of a country where a 5G supplier is based, saying that China's lack of independent judiciary means companies have no legal recourse if they don't want to comply with Beijing's orders.

The U.S. has called for an outright ban on Huawei but European allies have balked. The European Commission has issued recommendations that call for risk assessments as well as factoring in the legal systems of the countries where 5G suppliers are headquartered.

"As the EU continues its deliberations, we firmly believe that any future security principles should be based on verifiable facts and technical data."

At the meeting in Prague, the cybersecurity officials came mainly from countries that are strategic allies, including European Union member states, the United States and its Asia-Pacific allies including Australia, Japan and South Korea and Singapore. NATO and European Union officials also participated but China and Russia were not present.

Europe has become a key battleground in the war over whether to ban Huawei, with countries gearing up to deploy the new networks, starting with the auction of radio frequencies this year.