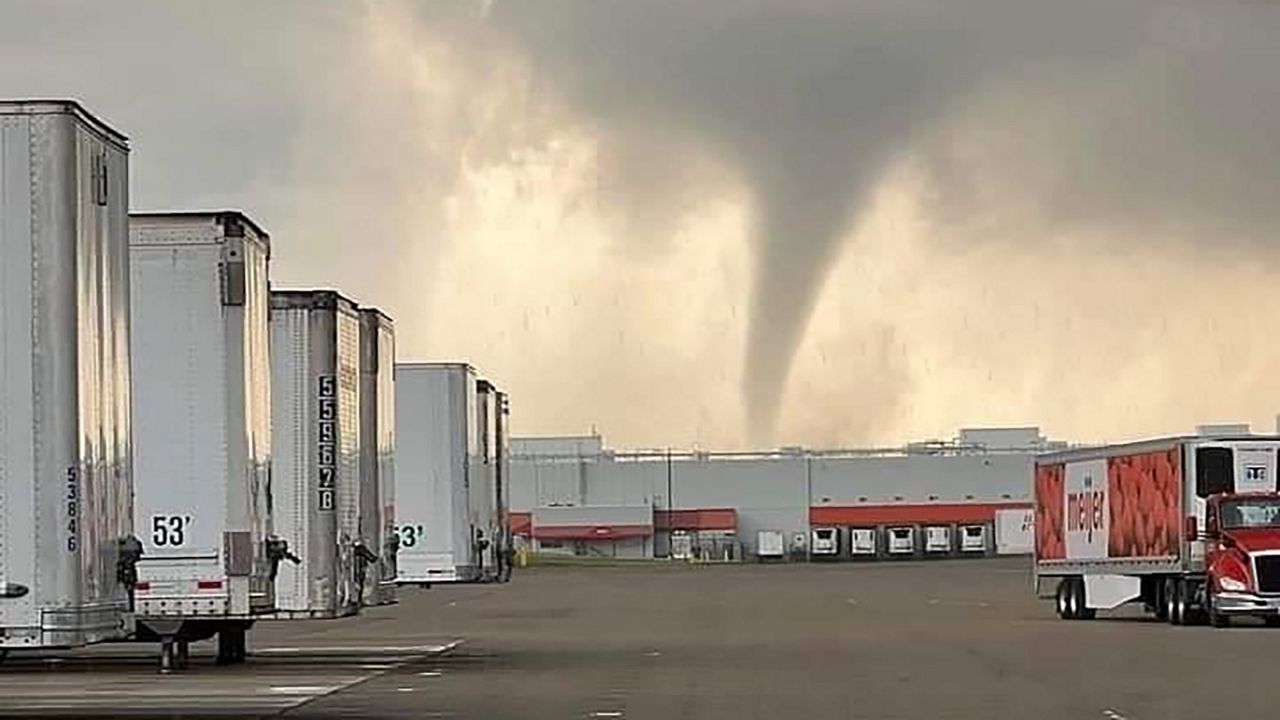 The strongest tornado, which affected the West Milton and Tipp City areas, was rated EF-2. It was on the ground for nearly 14 miles, with the greatest damage coming to a Meijer distribution center. One exterior wall collapsed, and the building had extensive roof damage.

Two tornadoes were rated EF-1. One in southeastern Darke County damaged farm buildings during its 2.5 mile track. The other one struck the Springfield area in Clark County, snapping and uprooting trees and damaging some buildings on its 17-mile path.

The two EF-0 tornadoes caused tree damage, primarily. One tracked north of Urbana in Champaign County, while another moved through Sardinia in Brown County.

A sixth tornado occurred in Hocking County near South Bloomingville. The National Weather Service is surveying that area today and will assign a rating after they've gathered enough information.

You can use the interactive map below to zoom into the tornado paths. Icons show where the NWS noted damage, and you can tap the icons for more information and, in some cases, photos. Green icons show EF-0 damage, yellow is EF-1 and orange is EF-2.

In addition, a few dozen wind damage and hail reports were received across the state. Straight-line winds knocked down tree limbs and crops.

Joel Smith, director of the Miami County Emergency Management Agency, said nobody was injured at the Meijer facility and there have been no reports of injuries from the storm in the county.

It wasn’t immediately clear if there were injuries in other parts of the state. The National Weather Service issued multiple Tornado Warnings in the area, including one at about 5:45 p.m. Wednesday for Tipp City in Miami County.

Smith said the Meijer facility employs dozens of people. It's not known how many of them evacuated the part of the structure that was damaged. He said a few other buildings were hit in the area, but the storm’s severe damage mostly hit north of the city’s residential areas.

This is one of several #tornadoes spotted in Ohio on Wednesday. Look closely, do you see the second funnel forming next to the #tornado? This was near Brookville, west of Clayton in Montgomery County, just off RT. 40. (Video via: EZFarms) #ohwx @SpectrumNews1OH pic.twitter.com/NoKwR8qP3o

As of 6 a.m. Friday, about 1,000 Ohioans were still without power, according to poweroutage.us. On Thursday morning, more than 8,000 people were without power.

Here are some photos from the affected areas: