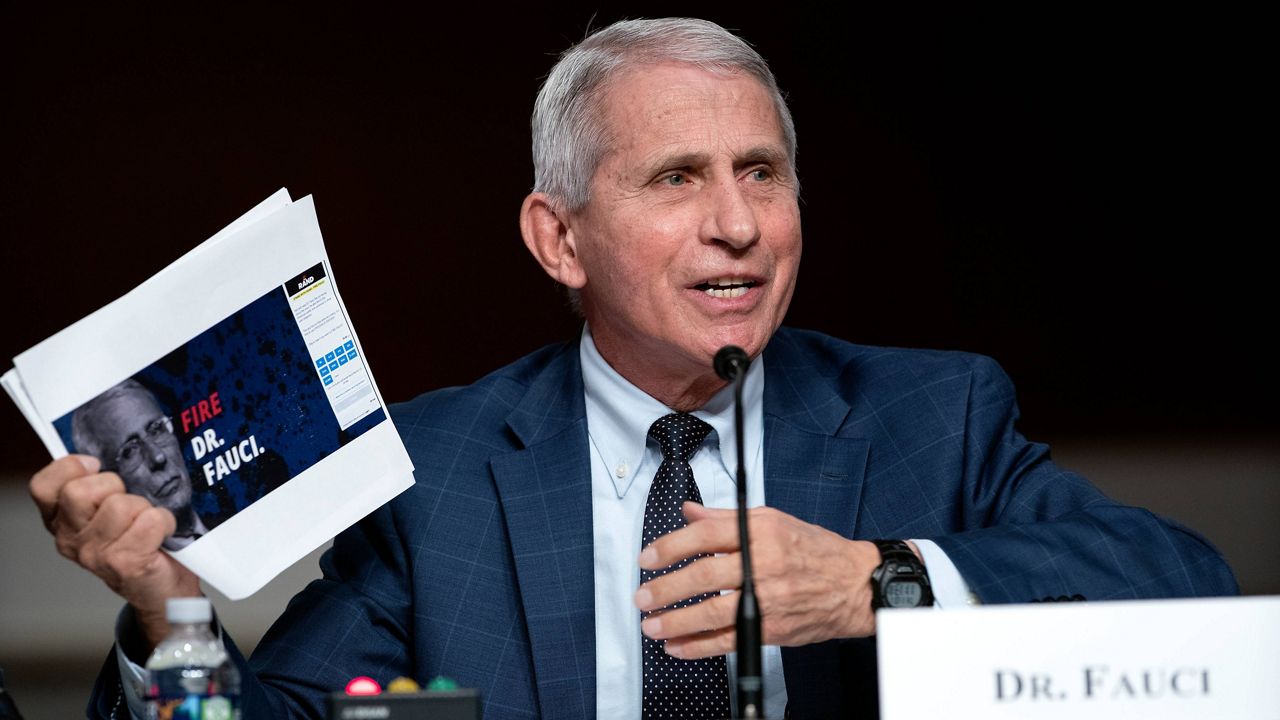 Federal health officials on Tuesday faced tough questions from senators from both parties over the Biden administration's response to the COVID-19 pandemic, particularly the omicron variant that is swamping the nation and filling hospitals yet again.


Dr. Rochelle Walensky, director of the Centers for Disease Control and Prevention, and Dr. Anthony Fauci, director of the National Institute of Allergy and Infectious Diseases and President Joe Biden’s chief medical adviser, were among the health officials who testified before the Senate Health, Education Labor and Pensions Committee.

They were grilled about the CDC’s messaging, which critics have called confusing, on isolation guidance following a positive COVID-19 test, as well as the lack of tests available during the omicron surge. They were also pressed on whether they were committed to schools remaining open, for which Walensky reiterated her support.

While the worst tongue-lashings came from Republicans, even some Democrats expressed criticism. Sen. Patty Murray, D-Wash., the committee’s chairwoman, said she’s heard from constituents who are “frustrated and worried about the course of the pandemic.”

“I'm frustrated we're still behind on issues as important to families as testing and supporting schools,” Murray said. “That's not to say we have not made progress. It's just clear we haven't made enough.”

Last month, the CDC reduced its recommended isolation period for COVID-positive individuals from 10 days to five as long as their symptoms had largely subsided and they continued to wear masks around others for the remaining five days. Some criticized the agency for not requiring those people to first test negative before leaving isolation.

In television interviews, Fauci then said officials were considering adding a testing requirement, but when the revised guidance was issued, it only said how people should proceed if they choose to get tested depending on the result, causing further confusion.

Walensky defended the advice, saying the CDC was trying to respond to concerns about the highly transmissible virus creating staffing shortages in essential areas of the U.S. workforce such as hospitals, schools and public safety.

“This is the right guidance for what we currently know about transmission and the real-world circumstances we currently face,” she insisted.

Sen. Richard Burr of North Carolina, the panel’s top Republican, said the messaging issues extend beyond the changing guidance over isolation. He also pointed to Biden announcing a plan last summer to make vaccine booster shots available before regulators had approved them and for federal health officials announcing last May that vaccinated Americans no longer needed to wear masks in public, only to later reverse the guidance.

“The communication efforts are a mess and have only made things worse,” Burr said. “Now, I admit it. I'm at the end of my rope.”

In attacking the Biden administration, Republicans noted on multiple occasions that more Americans have died from COVID-19 under Biden than under former President Donald Trump.

Biden has consistently pressed for Americans to get vaccinated and boosted but has been met with resistance largely from conservatives.

Fauci conceded that the initial course of vaccines has not been as effective at preventing symptomatic COVID-19 since omicron emerged but said that those who have received booster shots are extremely well-protected against hospitalization and death.

“The encouraging news is that a third shot boost of an mRNA vaccine significantly reconstitutes and enhances the ability of antibodies from boosted individuals to neutralize the omicron variant, strongly suggesting that boosters will play a major role in protecting our population at least from severe disease,” he said.

Fauci added that the government is funding four grants to develop a pan-coronavirus vaccine that could offer better protection against future variants.

But still, testing has fallen short, some senators said.

“This testing crisis appears to have been entirely preventable,” said Sen. Susan Collins, R-Maine. “The fact is that it appears the administration simply failed to anticipate our testing needs.”

When it came to whether schools should stay open as a record number of infections are being reported, the senators and health officials were in agreement that they should.

“Schools should be the first places to open and the last places to close,” Walensky said. “We had a delta (variant) surge in the fall, and 99% of our schools were safely open. And one of the things that's majorly different between September of 2021 and today is we have pediatric vaccinations.”

The hearing grew especially heated when Sen. Rand Paul, R-Ky., accused Fauci of trying to publicly discredit scientists who had supported a herd-immunity strategy over large-scale lockdowns and who suggested COVID-19 began in a Chinese lab rather than by spreading naturally from an animal to a human. The World Health Organization has concluded that a lab origin is “extremely unlikely,” while the U.S. intelligence community has been unable to reach a consensus.

“The idea that a government official like yourself would claim unilaterally to represent science, that any criticism of you would be considered a criticism of science itself is quite dangerous,” Paul said.

Fauci fired back by saying Paul was “distorting everything about me.”

The two have a history of combative exchanges at Senate hearings. Fauci said Paul’s unrelenting attacks on him “with absolutely not a shred of evidence” have led to him and his family being threatened and harassed, adding that a man who was arrested in Iowa last month told authorities he was driving to the White House to kill several prominent people, including Fauci and Biden. The suspect had an assault rifle and ammunition with him, police said.

“So I asked myself, ‘Why would Senator want to do this?’ So go to Rand Paul website, and you see ‘Fire Dr. Fauci’ with a little box that says ‘contribute here.’ You can do $5, $10, $20, $100. So you are making a catastrophic epidemic for your political gain,” Fauci told Paul while holding a printout from the website.

“You shouldn't have to put your life at risk, shouldn't have to put your family's life at risk to simply stand up and do your job to try to protect my constituents from a pandemic disease,” Murphy said. “And thank you for calling out this agenda for what it is — an attempt to score political points to build a political power base around the denial of science and around personal attacks on you and your family."

In a statement to Spectrum News, a spokesperson for the Department of Health and Human Services said that "when it comes to misinformation, Republicans on the committee clearly weren’t trying to stop the spread."

"At a time when America is seeing rising COVID cases, it’s disappointing and frankly unacceptable that Republican Senators chose to spend a hearing with the country’s leading public health experts spreading conspiracy theories and lies about Dr. Fauci, rather than how we protect people from COVID-19," HHS COVID spokesman Ian Sams said in a statement. "The Biden Administration will continue to focus on getting more Americans vaccinated and boosted and helping Americans get access to the tools to keep themselves and others safe. We would encourage these Republicans to join us."

Acting Food and Drug Administration Commissioner Dr. Janet Woodcock, Dawn O’Connell, assistant secretary for preparedness and response at the Department of Health and Human Services, also testified in the hearing.