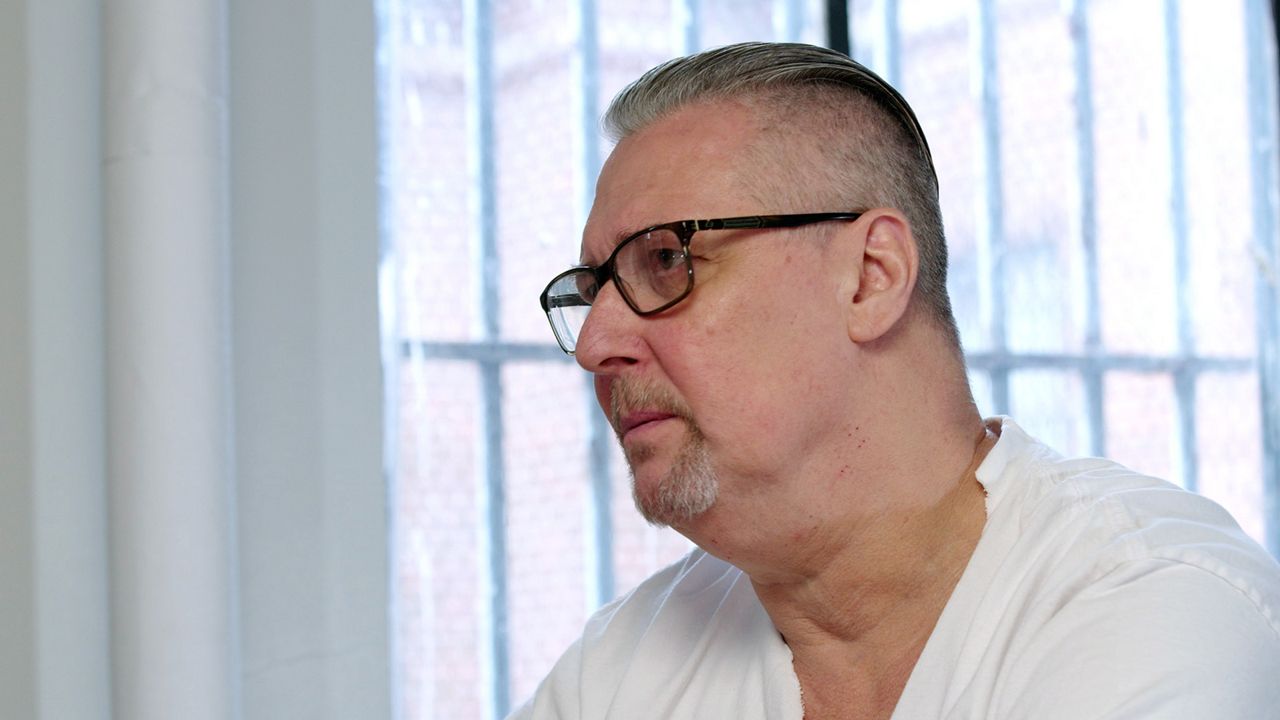 From Death Row and Back: The case of Anthony Apanovitch

By Micaela Marshall Ohio
SHARE
CLEVELAND — Most of Anthony Apanovitch’s adult life has been spent behind bars — on death row — after he was convicted of the 1984 rape and murder of Mary Anne Flynn.

Apanovitch did get to go home, spending more than two-and-a-half years on GPS monitoring, after a Cuyahoga County Judge ruled DNA evidence exonerated him from the rape.

But Apanovitch is back in prison. The Ohio Supreme Court returned him to death row four years ago.

“These last four years have been twice as hard as the 32 years I fought to get out," Apanovitch said.

To understand where the case stands now, we need to go back to Aug. 1984.

Apanovitch, 29, was married with a baby on the way. He was a truck driver working to start a painting business.

Flynn, a 33-year-old nurse in Cleveland, hired him to paint part of the outside of her duplex. The two did not know each other well.

“It was a one-day job and that was it," he said. "So, I painted the bottom part of the house."

From the start of the investigation, Apanovitch said the police zeroed in on him as the suspect.

He said he did ask Flynn for more work the day she died but said he was out drinking when she was killed later than night.

“You can make somebody that looked like me look worse," Apanovitch said. "A drunk, cheating on his wife with a newborn baby, and he’s an ex-con. You know, so I guess I made it easy. I made it easy for them."

Apanovitch’s criminal record dates back to the mid-1970s. He spent four years in prison for aggravated robbery. He also faced sexual battery and theft charges.

“I went to prison for crimes I committed," he said. "So, I know the first thing you do is you get a lawyer. You make a deal, you go do your time and you get out. But when they came questioning me about this, I didn’t need a lawyer because I didn’t have nothing to do with it.”

He said he remembers police holding him for three days while they questioned him about Flynn’s murder.

“They asked for blood, saliva and hair. I said 'Sure, no problem.' You know, take it," he said.

Apanovitch said he cooperated fully, even allowing police to search his home and his clothing.

When asked if he regretted that decision now, Apanovitch said it is hard to say.

"You know, I look back and I try to think what did I do wrong? I didn’t do nothing wrong. You should be able to trust the police," he said.

Apanovitch said no one came to arrest him for Flynn’s murder. Instead, he got a phone call.

“They arrested me on the telephone when I was indicted," he said. "They didn’t even come and get me. He called me up and told me I’m facing the electric chair and he needed me to come down and turn myself in."

The time between Flynn’s murder and Apanovitch being sentenced to death was 137 days. He said there was no physical evidence tying him to the scene, and he was shocked to be found guilty of rape, burglary and murder.

He said he spent his first three decades on death row studying the law in search of a way out.

Apanovitch said knowing that he was right kept him going.

DNA evidence became a key part of the case, after his attorneys learned about testing by the Cuyahoga County Coroner’s Office, now known as the Medical Examiner's Office, in 2000.

The defense said they learned the results of that testing eight years later because of discovery in a federal court appeal.

A defense expert then began analyzing the data and concluded the vaginal slide “unquestionably excludes” Apanovitch as the source of the sperm.

A 2014 hearing about DNA centered on that evidence and was not disputed by the state’s expert witness.

In 2015, a judge acquitted Apanovitch of the rape, vacated his guilty verdict and granted him a new murder trial.

A court of appeals upheld the judge’s decision, and he was released on May 6, 2016.

“My head was spinning, I’m not lying," Apanovitch said. "I couldn’t believe all the different prices were so high. It was like I went from, you know, gas being 85 cents a gallon to being $2.85 a gallon. In one day, overnight, I just woke up in a different world."

He got re-married, started taking care of things around the house, and worked a few days a week, all while raising grandchildren.

He said he found God with the help of a priest and let go of the anger he felt during his early years of incarceration.

“I wasn’t going to let yesterday ruin my tomorrow," he said. "I was just enjoying life, living normal life."

While he was out, the prosecution worked to get him back in. Prosecutors and Flynn’s family still believe he is guilty of the murder, even if DNA excluded him from the rape.

An appeal to the Ohio Supreme Court did the trick. The high court ruled the trial court didn’t have jurisdiction for a fourth post-conviction petition and DNA hearing.

Under current law, an offender must submit an application for DNA testing in post-conviction appeals after meeting certain criteria. In Apanovitch’s case, the request for DNA testing was made by the prosecution, not the defense.

In its opinion, the Supreme Court said it recognized that it may seem “unduly formalistic or unfair,” but Apanovitch was sent back to death row in 2018.

(Watch the full interview with Apanovitch below)

“When you were out those two-and-a-half years, did you think this was all behind you? Did you ever think you’d be back here?” Marshall asked.

“C’mon," Apanovitch said. "They’re going to put me back here on a technicality? I’m innocent. The DNA. I didn’t see this coming."

After decades of appeals and four post-conviction relief petitions, Apanovitch is running out of options.

His most viable ways off of death row are clemency or a change to Ohio law.

“I’m still innocent," she read from his letter. "The DNA has not changed. Yet I was taken back to death row from my front yard."

And she agreed to do something.

“Oh my God," Schmidt said. "We have an innocent man on death row. What are we gonna do?

The rest of the series: