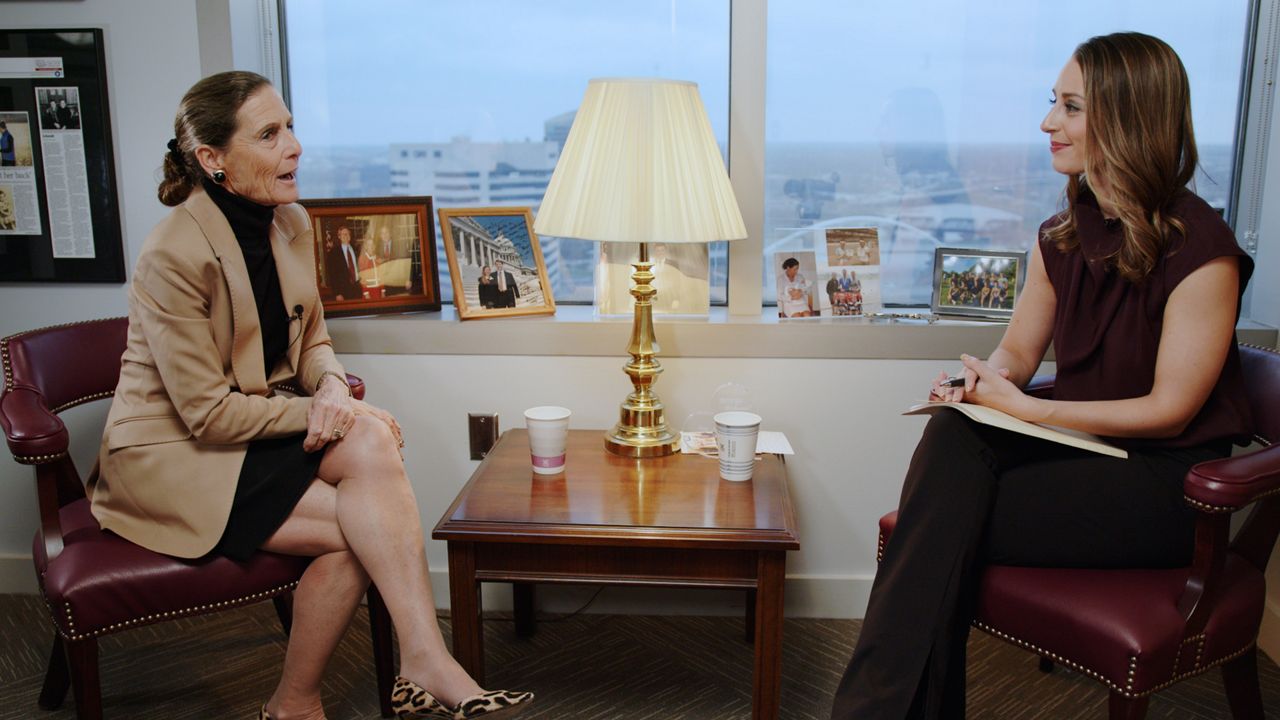 From Death Row and Back: Could a new law save Anthony Apanovitch?


​“Some still want retribution and I can understand that," she said. "But killing that individual is not going to erase the horror that those victims face."

“And I mean, I did a 180," she said. "And when I decided to come back here, I wanted to do two things. One was to end the death penalty and one was to end abortion because I believe in life at all stages," Schmidt said.

From death row, Anthony Apanovitch saw Schmidt testify during a hearing about a bill to end the death penalty.

Apanovitch was sentenced to death for the 1984 rape and murder of 33-year-old Mary Anne Flynn, but he has always maintained his innocence.

He wrote Schmidt a letter.

“How can the law and the appeal process allow an innocent man to sit on death row?" she read from the letter.

Schmidt began researching his case and talking with his long-time attorney, Dale Baich. She said she learned he was released from death row for more than two-and-a-half years because the court ruled DNA evidence excluded him from the rape. He would be retried on the murder charge. But, he was sent back to prison four years ago because of a ruling from the Ohio Supreme Court. The court ruled that since the prosecution asked for the DNA to be tested and not the defense, the lower court didn’t have the legal authority to hold the evidentiary hearing that ultimately set him free.

“There was no reason for Tony to ask for the testing because the state had found the evidence, tested it, and provided the results," Baich said.

After DNA became admissible in court in the late 1980s, Apanovitch’s defense did ask if DNA testing was possible in this case. They were told the slides from Flynn’s autopsy were unavailable and likely lost or destroyed. But the Cuyahoga County Coroner’s Office, now known as the Medical Examiner's Office, later found three slides and had them tested for DNA.

Despite concern from the defense, a federal court ruled the chain of custody had not been broken.

In the eyes of the Ohio Supreme Court, Apanovitch’s fate came down to jurisdiction outlined in the Ohio Revised Code.

“So, in other words who asked for the testing is more important than what the results show," Baich said.

Schmidt has had two meetings with Apanovitch at the Chillicothe Correctional Institution.

“You just think this is a tragedy," she said. "This person didn’t do this. This person was railroaded."

His case inspired her to work to change Ohio law through House Bill 586.

It aims to modify the Ohio Revised Code so that it won’t matter if the prosecution or the defense requests DNA testing for it to be admissible in court during post-conviction petitions.

Cleveland Democrat Rep. Terrance Upchurch is another primary sponsor of the legislation. He considers himself an advocate for criminal justice reform.

“Our justice system needs to be as close to perfection as possible because we’re talking about livelihoods and people’s freedom that’s at stake," he said. "And we have to get it right. We cannot make mistakes."

Eleven other representatives are listed as co-sponsors for the bipartisan bill, which was first introduced in March. The bill had its first hearing in the House Criminal Justice Committee in May.

"It’s my hope that we can get it through, if not the committee process, maybe we can get it passed through lame duck as an amendment to another bill," Upchurch said. 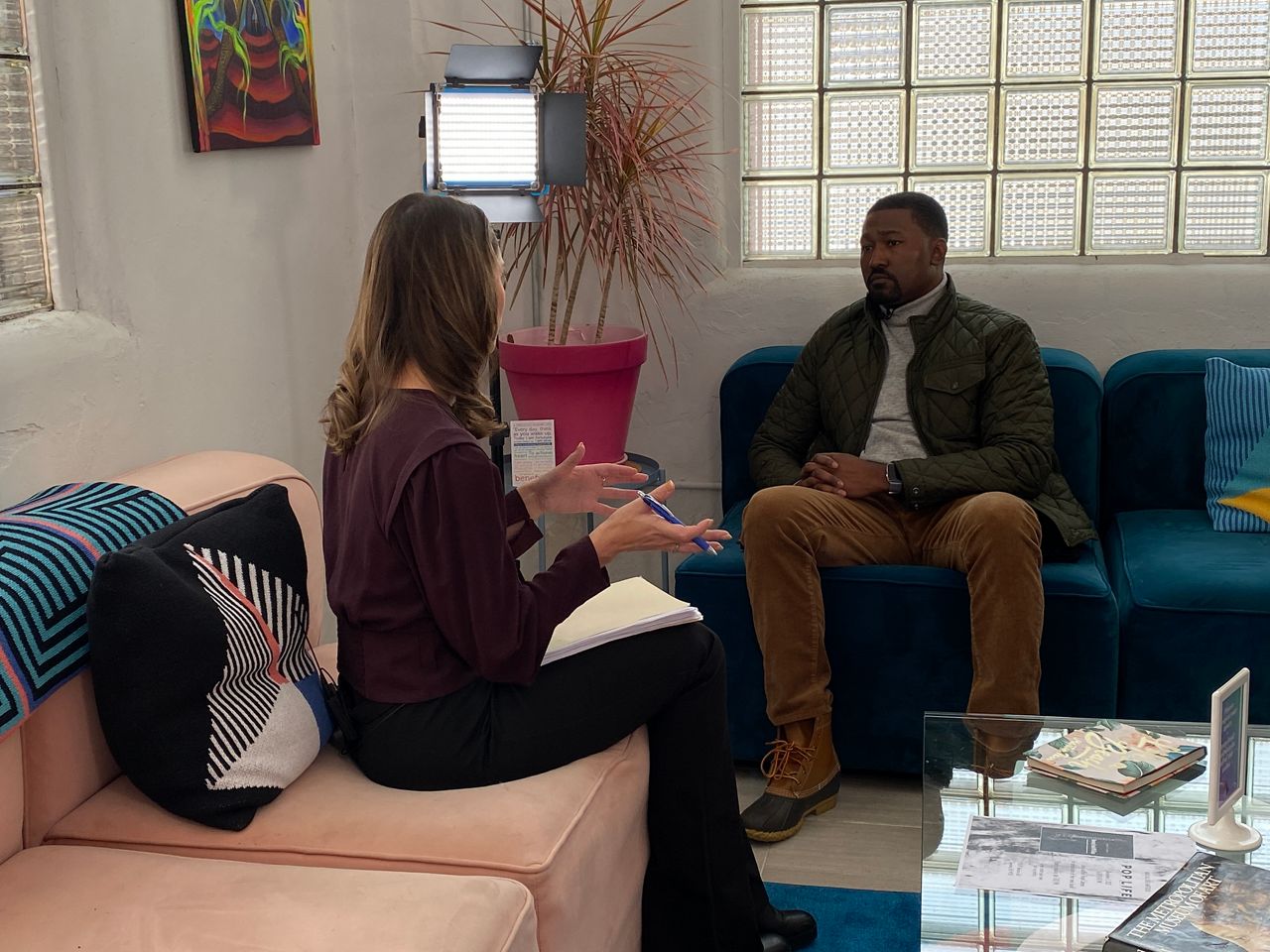 If House Bill 586 passes as written, it could affect Apanovitch since the bill is retroactive. But all said this is about more than just his case.

“I want to get this done," Schmidt said. "Not just for Tony, but for others that might fall victim to a technicality."

“So, this really isn’t just about me," Apanovitch said. "This bill, this law, is about the state of Ohio." Upchurch wrote a letter to the Ohio Parole Board in October, asking for a full and fair review of Apanovitch’s clemency petition at a hearing.

“I believe that this man is innocent," Upchurch said.

And he’s not the only one who has written letters to the Ohio Parole Board. Two former Ohio Supreme Court Justices who were part of his 1987 appeal have also written letters expressing doubt about Apanovitch’s guilt.

In 1987, Justice Craig Wright wrote the majority opinion that affirmed Apanovitch’s conviction and death sentence. But in 1996, Wright wrote a letter to the Ohio Parole Board saying, “There is no question that there is some 'residual doubt' in this case.”

Justice Herbert Brown wrote the dissenting opinion in 1987. Back then, he believed “there was a 'substantial possibility' that Mr. Apanovitch 'may not be guilty.'" Justice Brown wrote to the Ohio Parole Board in March 2022 with heightened concerns saying, “it is a gross injustice that a man should be on death row or in prison because of a technicality.”

“They’re admitting we might have got this wrong," Apanovitch said. "They were the judges that said it’s okay to kill me in 1987 and they’re saying, 'Hey, let this guy go. He didn’t do this.' That’s special. I’ve never heard of that before.

Baich said Apanovitch has few avenues for recourse. In his clemency application filed in April, he asked for a pardon or that he be released for time served. But he does not have a scheduled execution date and without one, they were told a clemency hearing cannot happen. That hearing is step one in the process.

Baich said it’s up to the state to request an execution date and Gov. Mike DeWine has issued reprieves for others on death row until 2026.

Outside of clemency, changing Ohio law through House Bill 586 is Apanovitch’s best other option to get out.

​“What we have is an innocent man on death row who has evidence of his innocence and we’re trying to get someone to look at it," Baich said.

Mary Anne Flynn’s family said they knew nothing about the bill until Spectrum News reporter Micaela Marshall told them.

Flynn’s brother, Martin, said the worst case scenario for them would be a new trial. He said if that were to happen, he’s confident there would be another conviction.

Details on how the family sees the case will be in the final part of this series, "From Death Row and Back," which will be available Friday, Dec. 16.