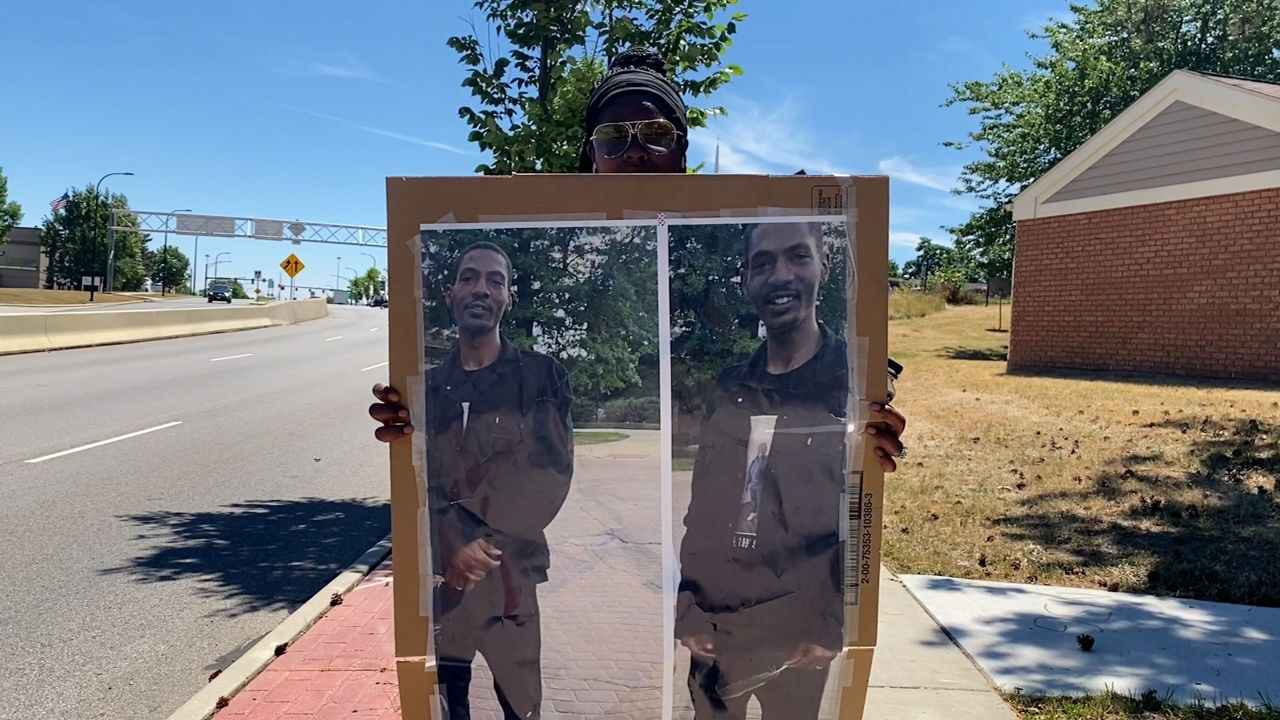 A prostestor holds a sign with pictures of Jayland Walker. (File Photo)

AKRON. Ohio — Leaders in Akron spoke with the media Monday and raised concerns about misinformation surrounding the investigation of the fatal shooting of Jayland Walker by Akron police. They also scaled back the city’s curfew.

Akron’s mayor and police chief took to the cameras to not just make announcements, but also to clear up what they called misinformation about the case. They also called for patience during the investigation.

While activists have asked for the city’s curfew to be removed, the mayor said it will remain in place. He scaled it back and said the downtown curfew will now be in place from 11 p.m. through 5 a.m.

“And we appreciate all those who’ve been able to peacefully demonstrate and have no serious safety concerns that would justify having an earlier curfew at this time,” said Mayor Dan Horrigan.

The mayor and police chief called for patience as the investigation into Walker’s death continues. They also said misinformation has been rampant, including rumors the officers involved in the shooting are still active.

Chief Stephen Mylett said the officers are still on administrative leave during the investigation. The chief said misinformation is also causing safety concerns.

“We’ve had people threaten officers and identify officers with misinformation who weren’t even there," said Mylett. "And so you can try and put yourself in their situation and their family's [situation]. I know it’s difficult and that’s a large ask."

Many activists have also called for the names of the officers involved in the shooting to be released. Leaders said the names have not been made public because of long-standing policies within the city.

They said the names will be released when the investigation is finished. In the meantime, they asked for patience and for protests to remain peaceful.

“There has been property damage, there has been a roving caravan that does cause public safety concerns, there has been threats against myself, my family and my home, and those are not going to be tolerated,” said Horrigan.