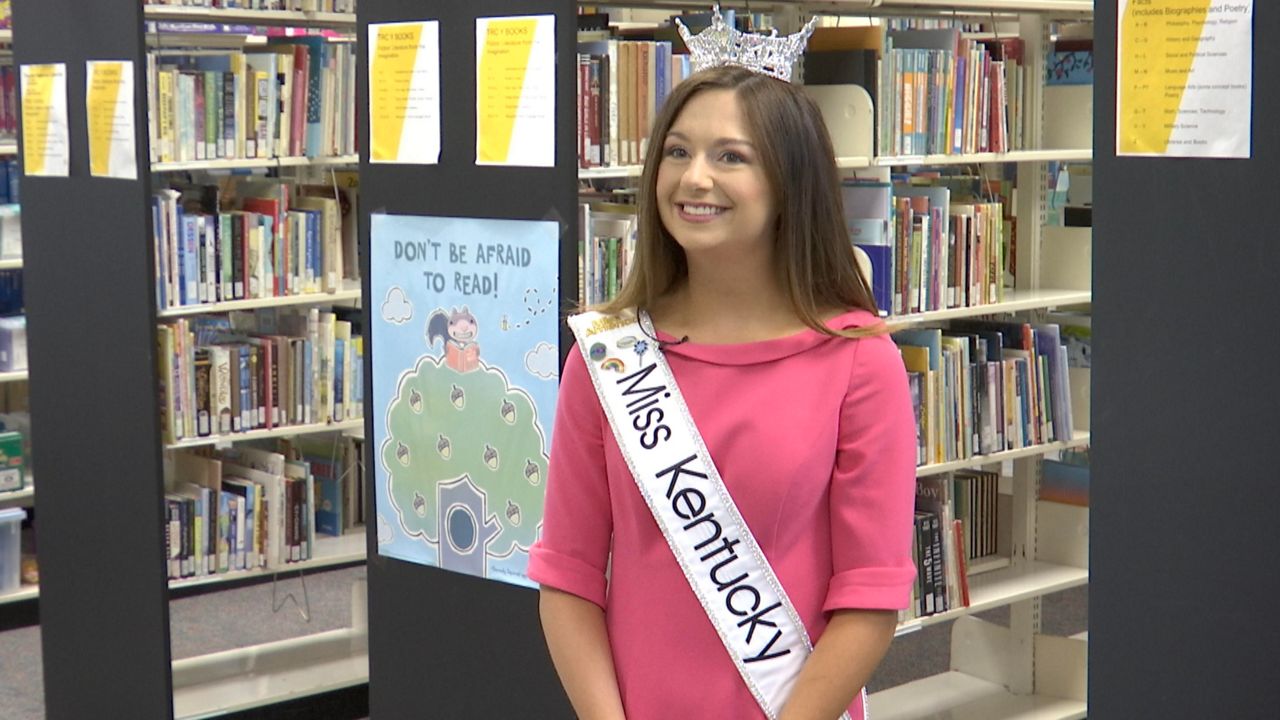 HIGHLAND HEIGHTS, Ky. — The newly crowned Miss Kentucky is quickly learning the many responsibilities that come with the crown as she sets her sights on Miss America later this year.

At her core, Hannah Edelen is a teacher, author and a farm girl who never stopped growing. She now plans to use her new platform to spread the valuable lessons she’s learned along the way.


Edelen, who lives in Covington, had spent many hours in the Steely Library at Northern Kentucky University, where she graduated with bachelor’s degrees in communication and history in 2020. But she had never done so wearing a sash and crown, as she did in late June for an interview with Spectrum News 1.

“Lots of time. Lots of hours went in here during my undergraduate here. I feel a special connection to this place,” she said.

Her new title, Miss Kentucky 2022, and everything that comes along with it, are things she’s still getting used to. The 2022 Miss Kentucky Scholarship Competition took place at the Southern Kentucky Performing Arts Center in Bowling Green.

“It gives me goosebumps. It almost brings a tear to my eye,” she said, re-watching the video recording of the moment she was crowned.

It’s certainly not something she ever saw coming while growing up on a farm in Springfield in Washington County. 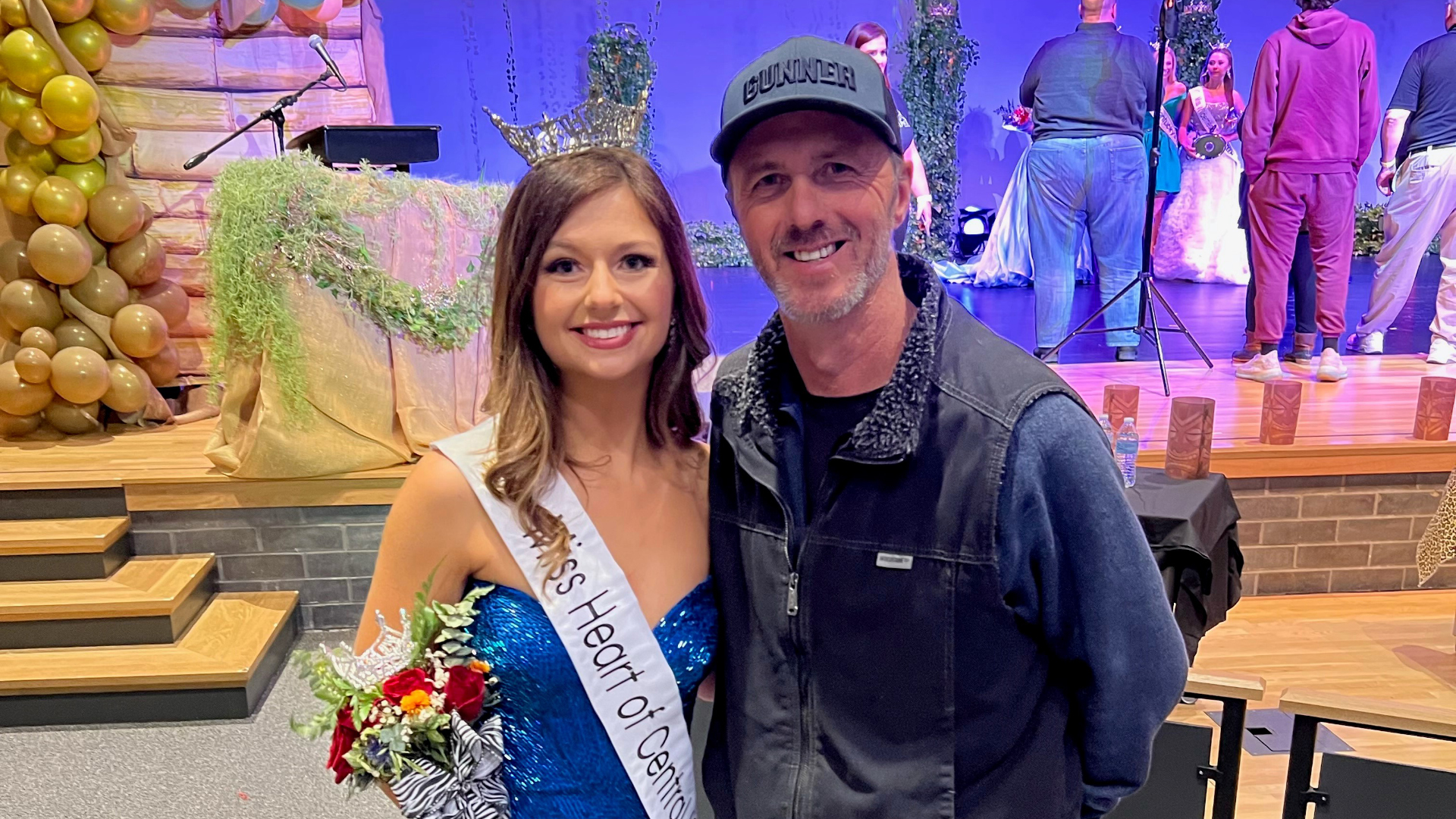 Edelen said her dad, Kevin, taught her to work hard to achieve her dreams. (Hannah Edelen))

“Throughout my life, I’ve struggled with imposter syndrome,” Edelen said. “Feeling like, ‘how did I get here?’ ‘Was this made for me?’”

Her dad showed her that to achieve anything worthwhile, she’d have to work twice as hard as the next person. He had no choice but to do so, injuring his back in the process while Edelen’s mother endured surgery after surgery for a brain tumor.

“I say he literally broke his back for his family,” Edelen said of her father.

When Edelen started high school, her mother received her medical release and went back to work.

The farm is also where Edelen’s interest in reading and writing took root, setting her on the path to where she is today.

“I spent a lot of time reading, and a lot of time diving into books,” Edelen said. “When you grow up on a lane without much internet, you find some ways if you’re not working to be creative. I have lots of short stories.”

She became the first in her family to go to college. Her love of literacy led her to a career in teaching in northern Kentucky with Covington Independent Schools. She’s currently a doctoral student at the University of Kentucky pursuing a Ph.D. in Education Policy and Evaluation. 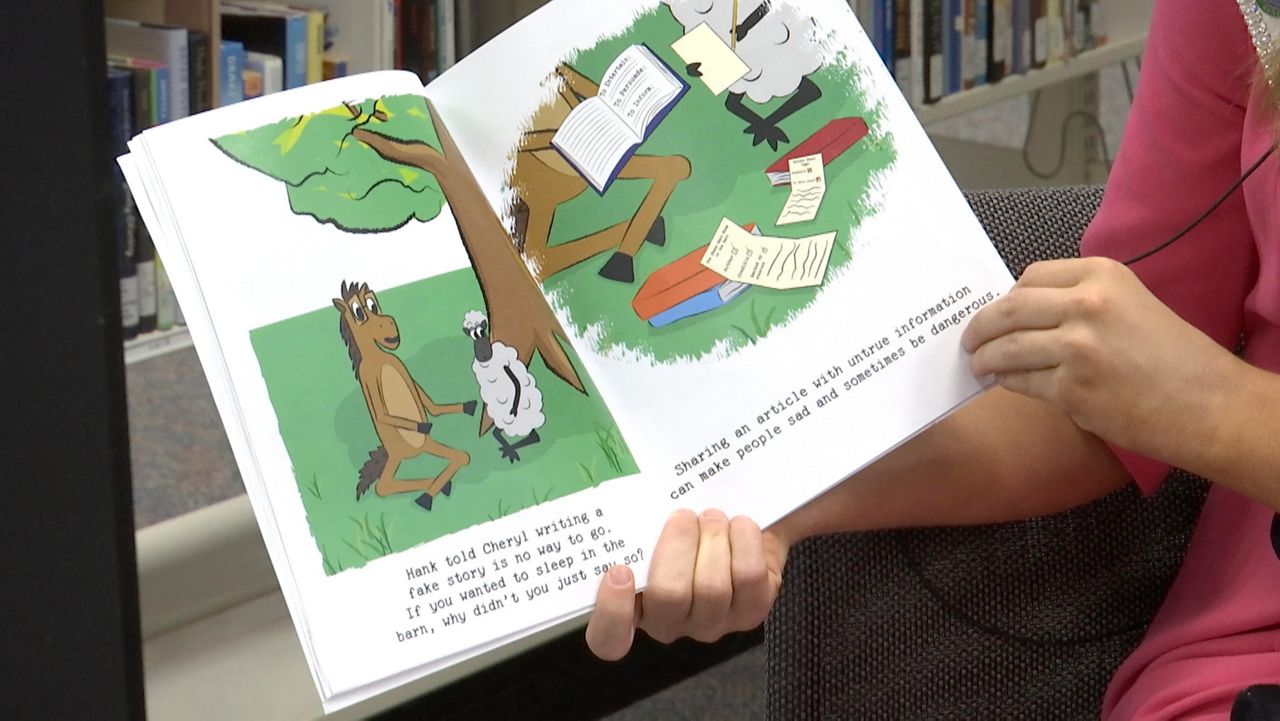 Among her other titles, she’s now also an author.

“There once was a horse, and his name was Hank,” Edelen said, reading the first page of her book.

“Hank the Horse and the Case of the Missing Eggs” aims to teach the importance of information literacy, an issue Edelen said became important to her during the last presidential election.

“I felt like a lot of people were reading headlines on Facebook. You know those articles you share, and you only get to see a portion of the message,” she said. “They would share it, and some of it, you were like, ‘Oh, I don’t know if that’s fully true or not.’”

Three years ago, Edelen also felt a calling to the stage.

“I didn’t have any professional training, or anything like that, but always wanted to just put myself out there,” she said. “There are a lot of women that have competed for a significant amount of time. Six, seven, eight years, you know. That’s a lot of time to invest in a program. I’m grateful that although I haven’t participated for a very long time, that my value was recognized.”

Beyond the glitz and glamor of it all, Edelen said her desire to be a leader with the ability to impart change is really why she got into pageantry.

“I hate that people see pageantry sometimes the way they do, because I think when you get up close, it’s really hard to hate,” she said.

Being Miss Kentucky is a full-time job, so Edelen won’t be in one classroom teaching this year. She will, however, make appearances in many classrooms, teaching kids the importance of reading, information literacy and more. As a sponsor for Kentucky Proud, she’ll get to teach kids about the food they eat, and how it comes from farms like the one she grew up on.

And hopefully, she said, she’ll encourage a few students to become teachers like her.

“Put one foot in front of the other and move forward in a space that maybe they didn’t otherwise feel they were welcome in. And I’m really hoping they see me as an example of that,” she said.

Up next for Edelen is competing in the Miss America Scholarship Competition this December in Connecticut at the Mohegan Sun. It’s a long way from that farm in Washington County, but given her trajectory, it’ll also be far from “The End,” as is written at the end of her book, regardless of the outcome.

You can visit www.misskentucky.org to watch her compete for Miss America.

Editor's Note: A previous version of this story misidentified Miss Edelen's pageant director as her father. A correct picture has been added and the error corrected.