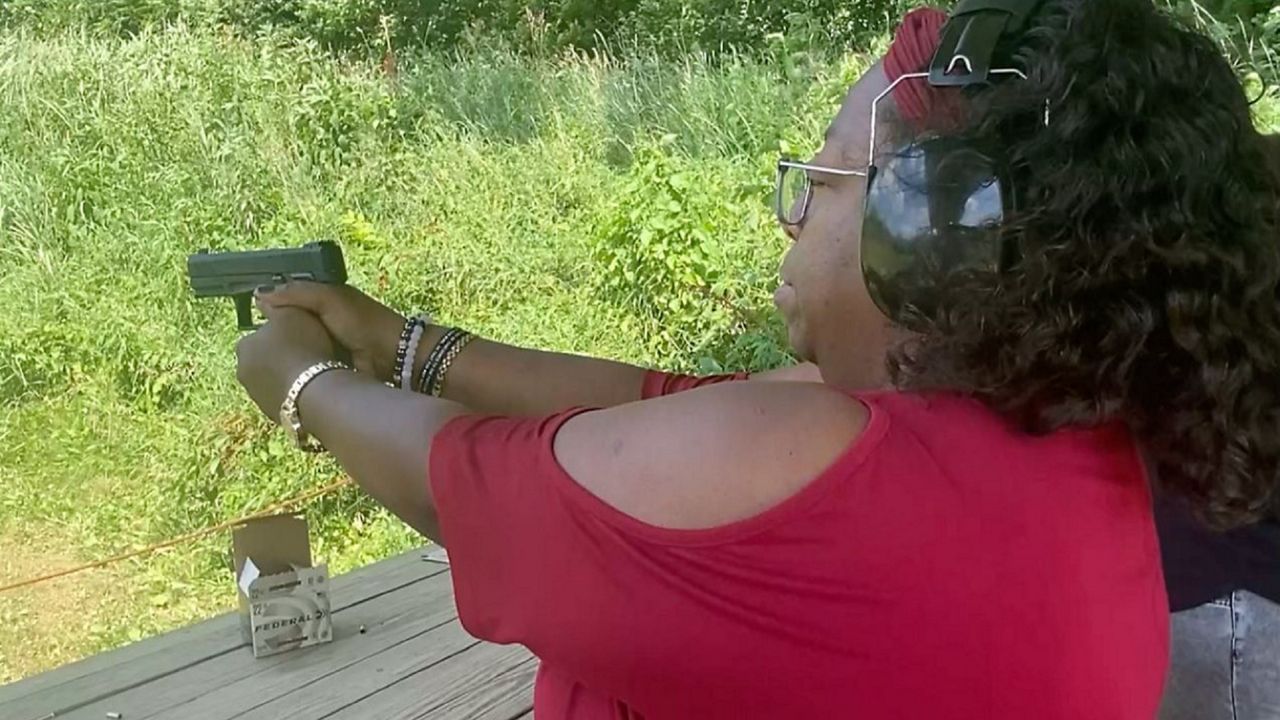 Paula Jones is one of many African Americans looking to protect their families through gun ownership. Jones was joined by members of her family during a class with Onyx Gun Club. (Ryan Schmelz/Spectrum News 1)

COLUMBUS, Ohio — To combat negative stereotypes against firearms and encourage others to learn proper gun safety, a Columbus man is working to get more people at the range.

It was a day on the range for Thomas Cunningham as he taught some first-time shooters.

Cunningham found a passion for shooting when he was in the military. However, he said he noticed there wasn’t much representation among African Americans at shooting ranges.

“We went to the gun range one day, and we were the only African Americans there. And so then we decided that we wanted to get more people of color, minorities, legally armed,” Cunningham said.

He’s working to achieve his goal through the Onyx Gun Club, a chapter of the National African American Gun Association.

Spectrum News joined him for a day at the Deer Creek Wildlife Area Shooting Range for a concealed carry class. The class started with a discussion about the rules before anyone even touched a gun. Cunningham said the educational aspect is part of a big emphasis on safety.

“That is the biggest thing, because the one thing that you’re not going to get without taking some type of training is the safety part,” said Cunningham.

According to the National Shooting Sports Foundation, the first six months of 2020 saw a nearly 60% increase in African American firearm purchases compared to 2019. With more African Americans interested in buying guns, the Army veteran said he wants those buying to feel empowered and safe, while also breaking stereotypes.

“Firearms have always had a negative stigma in our community. So by more of us getting legally trained, legally armed and doing the right things with firearms, we change that negative stigma,” said Cunningham.

One major increase in gun ownership is among Black women.

Paula Jones is a gun owner who stepped onto the range with some family members. As she learned the proper way to shoot from Cunningham, she said she became more comfortable.

“I made a couple errors quickly, but it works out,” said Jones.

Jones, a wife and mother of four, said she’s learning to shoot to take the safety of her and her family into her own hands.