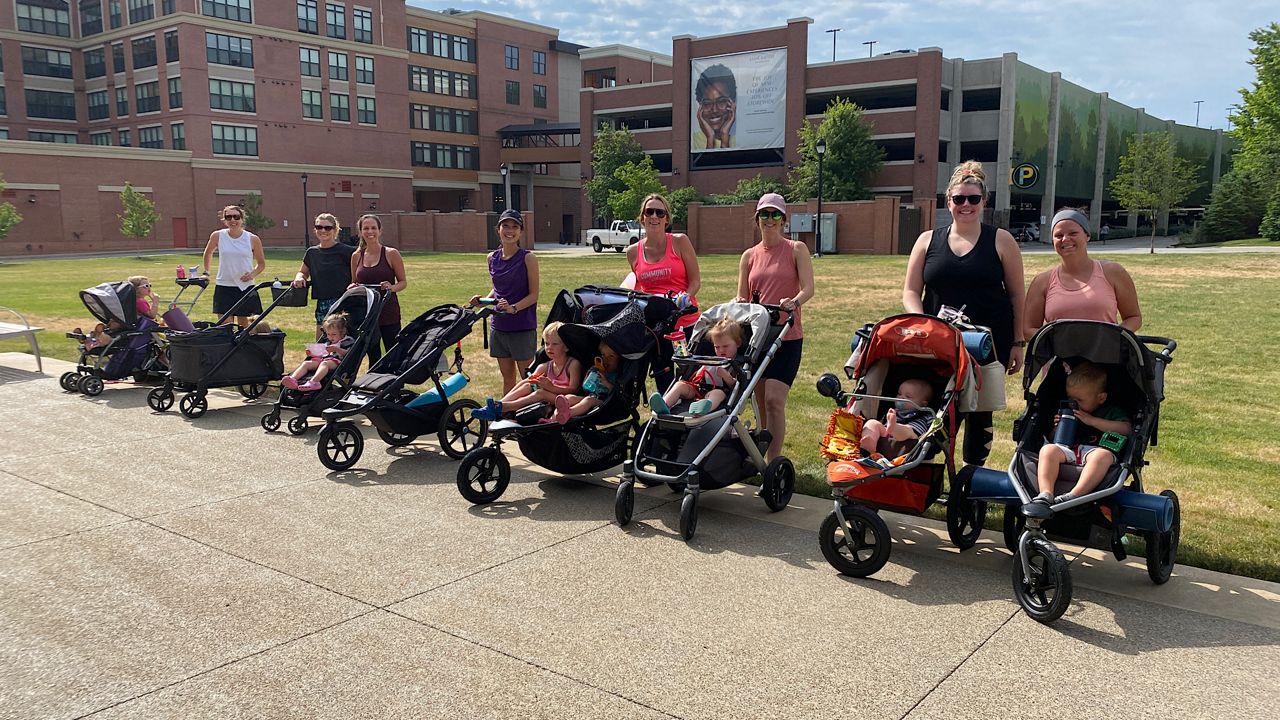 OHIO — It’s time for another workout.


“We are going to do a little bit of run walking or jogging, whatever feels good for you,” said Maridee Liljegren, owner and stroller strides instructor for Fit4Mom Avon-Westlake. “Then we meet together and we do some cardio and some strength.”

Liljegren is a mother of three and soon to be mother of four. She said this is no ordinary workout.

“A lot of moms don't feel comfortable getting back to the gym," she said. "They don't know what to do with their kids. We are trained in pre and postnatal fitness, meaning that we focus on things that you might not focus on in the gym. We focus on repairing that core, repairing that pelvic floor.”

Fit4Mom is a nationwide fitness program supporting moms through every stage of motherhood, connecting them and building community.

“A lot of times, the only people that they talk to all day long is their kids,” she said. “It's really hard and it's really isolating. So just knowing that there's other moms out there and other moms going through sleep regressions and tantrums and 'terrible twos,' it's just such an important piece of our community.”

She said children have fun during the workout, too.