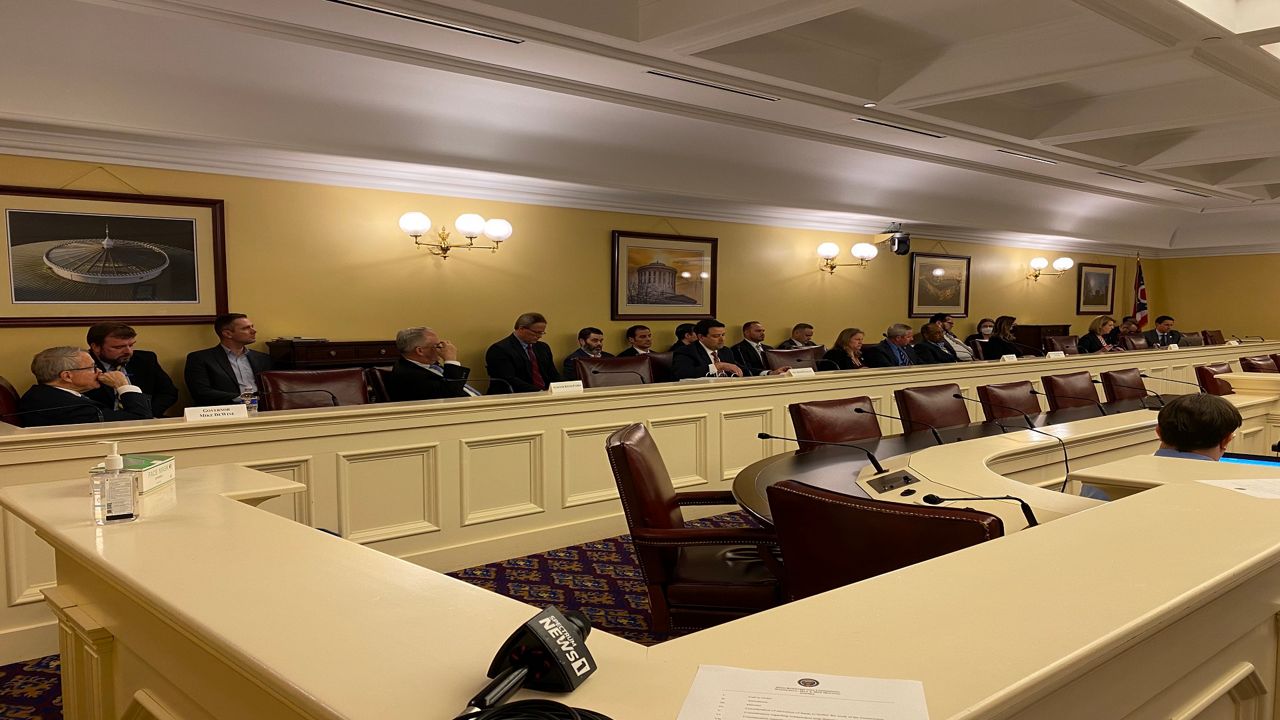 COLUMBUS, Ohio — Ohio voting rights advocates, upset about the way the redistricting processes have gone the last 10 months, are exploring alternative ways for the state to draw its districts in the future.​


Voting rights groups said their goal is to once again let the voters decide the setup of the system and who gets to hold the proverbial pen through another ballot initiative.​

“It’s been shocking and frustrating,” said Jen Miller with the League of Women Voters of Ohio.

Turcer and Miller both helped negotiate with lawmakers the constitutional reforms to the state’s legislative and congressional redistricting processes. They said it is not the system that failed but those put in charge.

“I did not realize to what lengths some politicians would go to preserve their power and the power of their friends and party,” Miller said.

There were supposed to be either bipartisan 10-year maps or partisan four-year maps. Instead, there are legislative and congressional maps for one election cycle that were locked in litigation over accusations of parties playing political games.

“It is really clear that we left elected officials in charge of the mapmaking. They were drunk on power. And what do you do with drunks? You take away their car keys,” Turcer said.

Turcer and Miller said they are exploring the idea of giving the keys to an independent citizen redistricting commission. Independent commissions currently exist in eight states, including Michigan.

“It’s very challenging for us to sit back as a minority caucus and reach out to the people for almost 11 years now, talking about their districts, talking about what we need to do and be responsible to the people of Ohio and ignoring them. And that’s exactly what we’ve done.”

“If this current redistricting process has taught voters anything, it’s that Ohio’s current politicians in power can’t be trusted to put the voters’ interests ahead of their own, let alone respect the rule of law. Though not perfect, an independent commission that puts people first and politics last would help ensure that elected representation truly reflects the values and preferences of Ohioans instead of self-serving politicians and special interests.”

“If you look at states where they have tried to create a so-called ‘independent commission,’ and I put it in air quotes intentionally cause I really just don’t think such a thing exists, it has not been a resounding success. States like New York were really an unmitigated disaster, both from the left and the right.”

“Gov. DeWine has previously expressed his disappointment in the current redistricting process, noting that Republican or Democrat, no one can say this process has played out the way voters were promised in 2015. I would also note that given how many independent groups advocated for overtly partisan maps, the idea of an independent commission should be examined with some skepticism.”​

“Special interest groups will try anything to get what the voters won’t give them. In this case, as we have learned, any group that calls itself non-partisan or independent in Ohio is run by Eric Holder’s NDRC.”

Spokespeople for Auditor Keith Faber, R-Ohio, and Ohio House Speaker Robert Cupp, R-Lima, said they could not be reached for comment.

Voters previously shot the idea of an independent redistricting commission down in 2005 and 2012, and Turcer said it is more realistic any new initiative would be on a ballot in 2023 or 2024.​