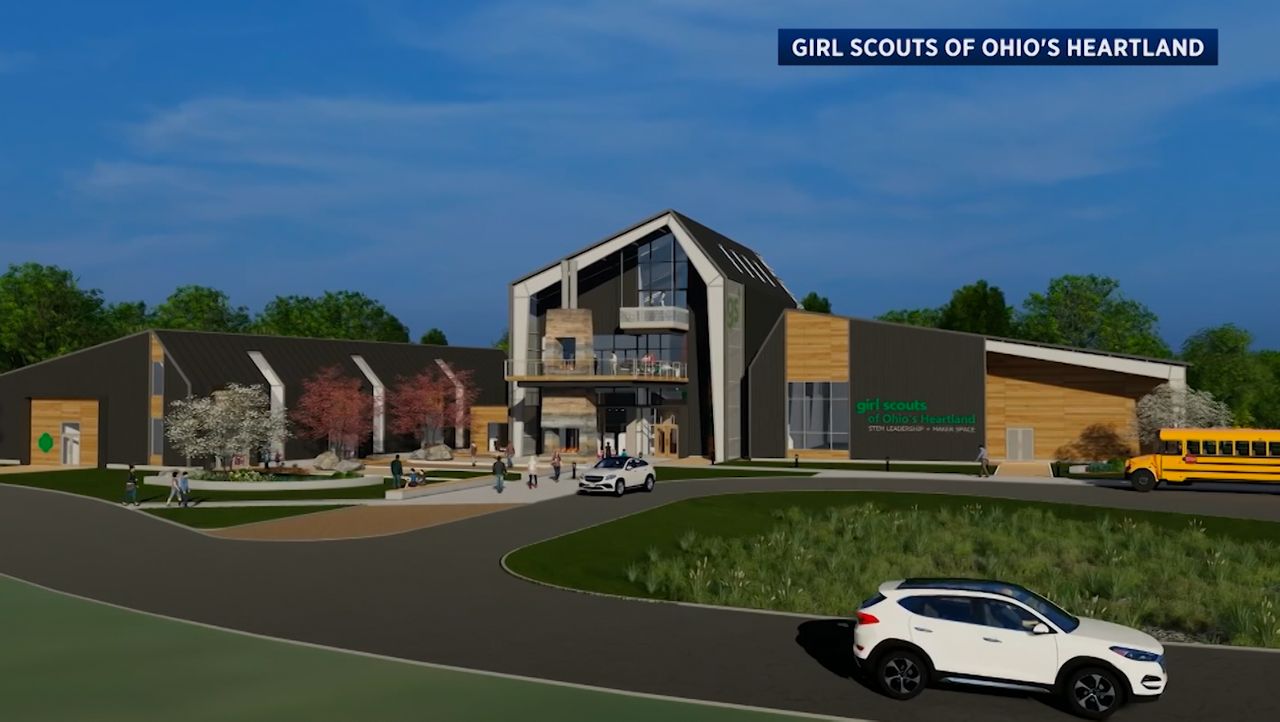 The new STEM center could open in the spring of 2024.

GALLOWAY, Ohio — Since 2001, Tammy Wharton has dedicated her time and efforts to Ohio's Girl Scouts.

The longtime President and CEO of Girl Scouts of Ohio's Heartland Council said the facts don't lie; while women make up half of the workforce, only 28% of women are in a STEM-related field.

She aims to change that by representing Ohio in the Girl Scout's Dream Big Initiative.

The STEM leadership center will be on site at Camp Ken-Jockety in Galloway, and other existing buildings on the 220-acre property will be remodeled.

The center will offer trade skills like welding and carpentry, as well as a greenhouse for hydroponic gardening.

The project has received more than $11 million in donations from Battelle, AEP and Nationwide so far, but the project needs an additional $5 million to remain on target with breaking ground in the spring of 2023.

She said it will be especially fulfilling to STEM students of the future.

“I think it's good for women to learn different skills and things that maybe most girls or women aren't that interested in," said Addison Reeves, Girl Scouts Troop 5949. "It'd be cool to see women doing those things and setting an example."

Wharton said the fact that thousands of STEM jobs remain unfilled in the state of Ohio is motivation to break down barriers.

She said her goal is to redefine what's possible, even at a young age, for more than 80,000 girl scouts and 20,000 volunteers in Ohio.

“It starts in the third grade when they are forming their STEM identities. And then fifth grade, when their confidence is at the highest peak, we've got to get them engaged early and often, and then they will become our future leaders,” said Reeves.

Nationally, the Girl Scouts have set a goal of putting 2.5 million more girls in the STEM pipe by 2025.

Ohio Girl Scout troop leaders are hopeful renovations will begin in the winter and the new facility could potentially open in the spring of 2024.