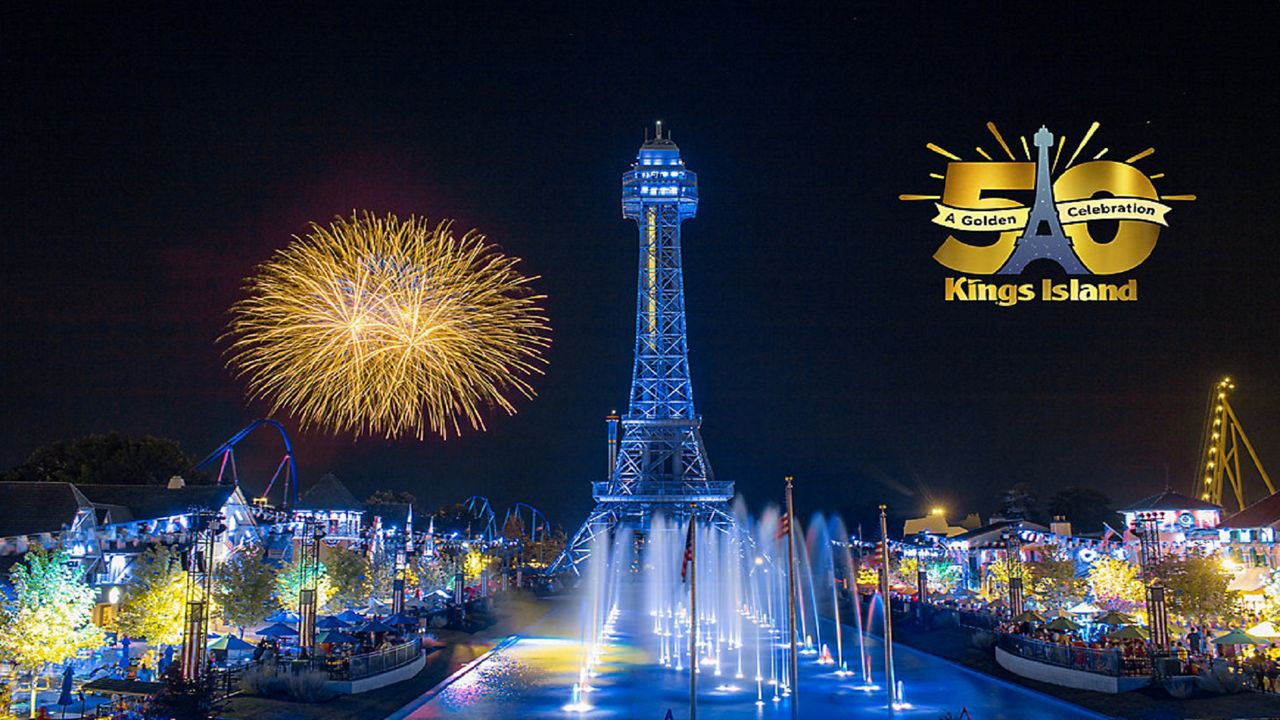 MASON, Ohio — Kings Island is celebrating the unofficial start to summer with a new fireworks display that includes 200 drones among new additions.

Memorial Day Weekend is a special time to celebrate at Kings Island. Coupling that celebration with the 50th anniversary of the park creates a golden opportunity for long-time partner Rozzi Fireworks.

“All of us grew up here,” said Vice President Joe Rozzi. “It’s been a part of our family's history. It’s how we came to be.”

Rozzi Fireworks has been a partner with Kings Island since the park opened in 1972, and even longer dating back to the Coney Island days. Rozzi remembers watching his father work on pyrotechnic displays as a kid.

“I used to come up here with my father at night in the 70s,” he said. “He used to give me two dollars to play skeeball while he shot the show. It’s a long-standing history.” Rozzi said it’s amazing to see how his family’s fireworks company and Kings Island have grown through the years — getting bigger and more exciting as each decade passes. Part of that process involves taking a chance with new technology to make their fireworks shows better.

“We wanted to add something different to it and we thought, 'What about drones?'” he said.

Rozzi said adding drones is expensive, but they made it happen.

To put the cherry on top, Barry Williams, the actor better known as Greg Brady from The Brady Bunch, will narrate the tribute to the park’s history. Williams will also be at Kings Island for the show’s opening night.

Rozzi said he can’t wait to debut the show for visitors.

“The design elements that were incorporated into the show by the design team captures the essence of what this park has meant to generations of people who have come here and grew up here,” he said. “It’s fantastic.”

The new fireworks display debuts on May 28. For more information on the firework display click here.