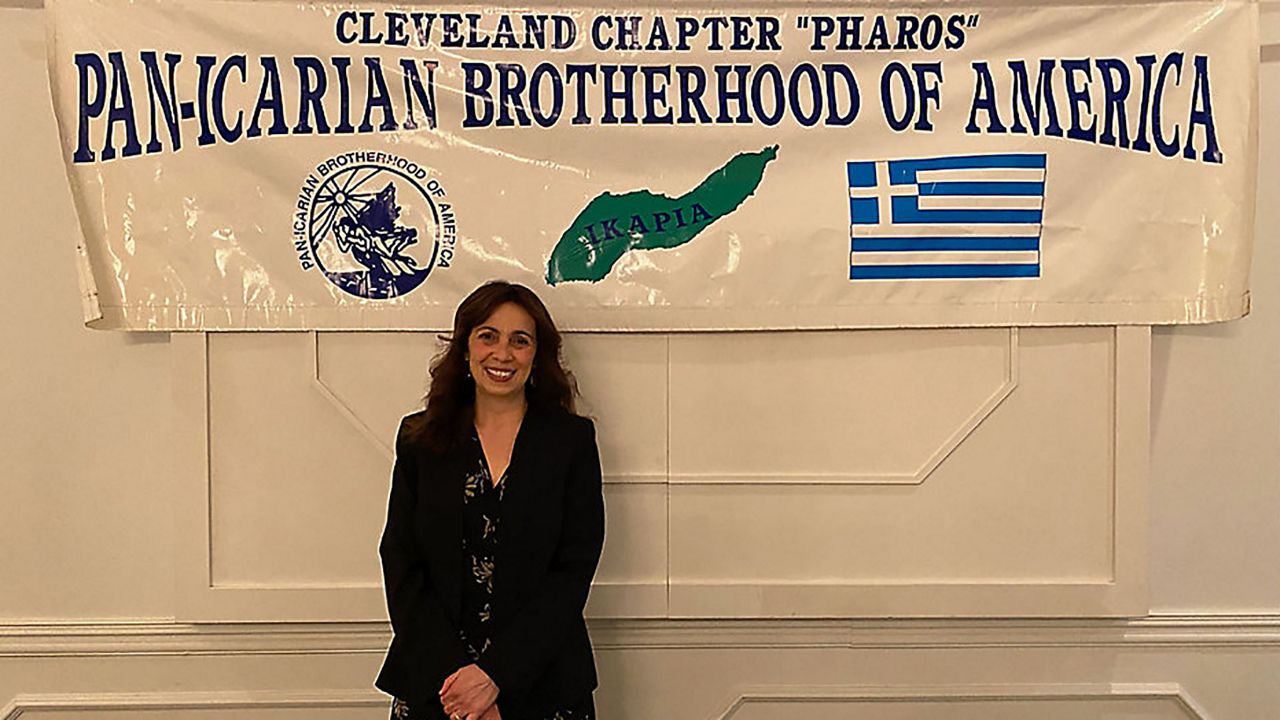 CLEVELAND — Tina Fouts is proud of where she comes from in Greece and is happy to be in an area where her heritage is celebrated.


"I am from a small island called Ikaria," Fouts said. "And right now, I think most people, if they know Ikaria, [it is] because it is a blue zones [sic].”

According to National Geographic fellow Dan Buettner, a blue zone is an environment where people live the longest and are the healthiest. Only five places in the world have this honor, and Ikaria is one of them.

“They attribute it to the food, the socialization, just, you know, having a sense of purpose," Fouts said about why her island earned this title.

Having a sense a purpose in life is why the teacher said she loves being Greek so much.

“Just like our zest for life, our good food, and our, I don't know, our appreciation for our family and our friends," Fouts said.

Fouts said she and her parents came to the states in the 1960s by boat.

“At first, they went to Pennsylvania because they had family there. But, my one aunt told them to you're better off leaving because you're just going to be with, you know, a bunch of Greeks and you won't learn the language," Fouts said.

So, her family then came to Cleveland to begin their life here.

“They came to America for a better life because my father was a merchant marine and he was traveling for months at a time. So, you know, I think he just wanted to be with my mother and with me at the time because I was an infant," Fouts said.

This year, Fouts celebrated her heritage with the return of the Greek Independence Day Dance.

“We haven't had one since 2019 -- the Icarian dance, that is. So, I'm very excited to be attending this dance, and I have some friends that will be there as well," Fouts said.

Out of respect for her father, who passed away recently, Fouts didn’t participate in the traditional dances at the event that’s hosted by local members of the Pan-Icarian Brotherhood of America, but added that the Cleveland chapter is crucial for fellowship and connection for Greeks in town.

“I think because like when my parents first came to this country, this was like a support system for them because there were other Icarians that were a part of this club," Fouts added.

Several of Fouts’ family members served on the club’s board, and said she hopes the next generation will continue the tradition.

“I try to encourage our boys, my boys, to attend these functions because I want them to connect with other Icarian children and to meet others," Fouts said.