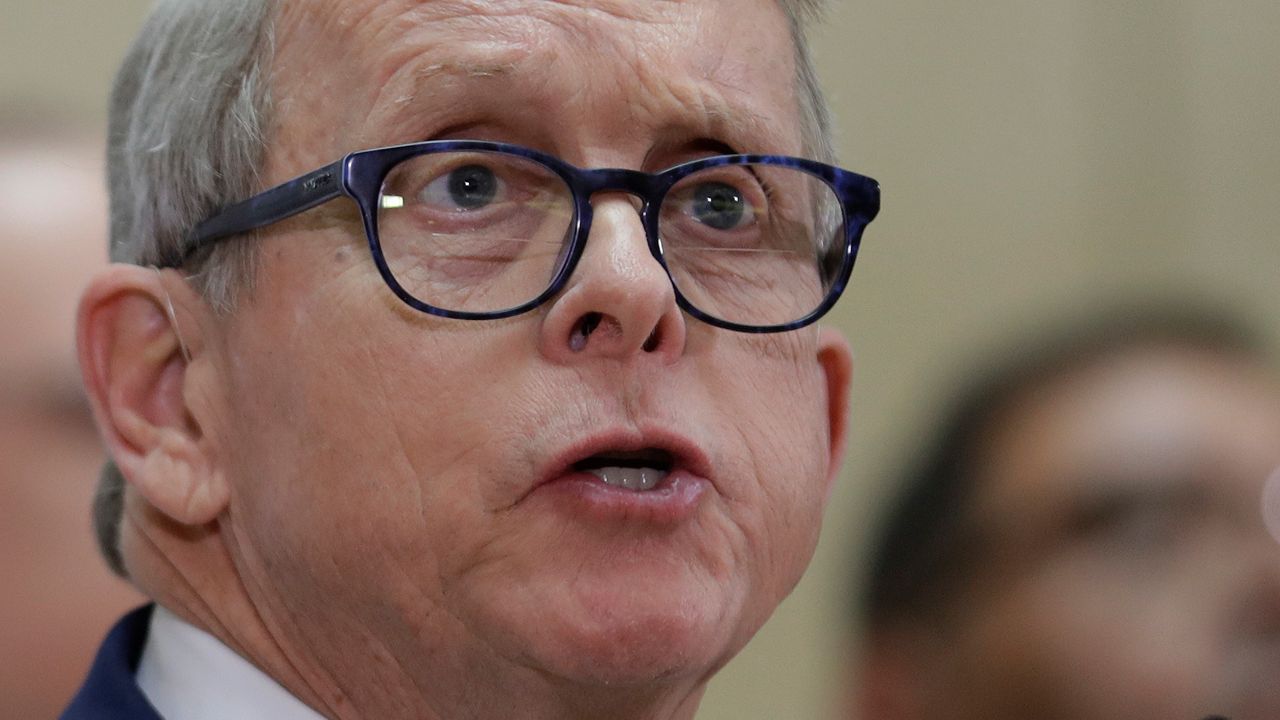 What are Gov. DeWine's chances in the GOP Primary?

COLUMBUS, Ohio — In 2018, Mike DeWine was elected governor with a little more than 50% of the vote. Months later, his support among Republicans seemed to grow more when he signed the "Heartbeat Bill," putting tighter restrictions on abortion and other measures in place popular with his conservative base.


"His strong suit among Republicans is his social conservative and he has been steadfast in supporting pro-life legislation, pro-life positions. And I think that will serve him well," said Paul Beck, professor emeritus of Ohio State University's political science department.

DeWine's stance against abortion while easing restrictions on gun ownership and getting rid of Ohio's "duty to retreat" before defending yourself have been hits with conservatives.

But just as the coronavirus pandemic has changed just so much in our lives, it has also changed the way DeWine is viewed by some in his own party.

The governor's approach to COVID-19, which relied on lockdowns and curfews made him one of the most popular governors in the country. In October 2020, a Spectrum News/Ipsos poll found that DeWine had a 65% approval rating. But even then, seeds of discontent were emerging in the Republican Party.

First, a Republican state representative introduced articles of impeachment. Those went nowhere, but the General Assembly overrode DeWine's veto of a bill taking away his autonomy over state health orders.

And things really blew up when when DeWine acknowledged Joe Biden won the 2020 presidential election. Soon after that, then-President Donald Trump tweeted, "Who will be running for Governor of the Great State of Ohio? Will be hotly contested!"

"That could really be a challenge for Mike DeWine in the primary, regardless of how much money he spends against his opponents," said Thomas Sutton, Ph.D., political science professor at Baldwin Wallace University.

But DeWine has more than $9 million to spend, which is more than all of the other gubernatorial candidates have combined to raise.

"One thing that's important to understand, particularly in primaries, is that dollars do equal votes. Those that donate to you also tend to vote for you," Sutton said.

DeWine could also win over a lot of voters thanks to Intels's decision to invest $20 billion to build two factories outside Columbus.

"That really is a feather in the lion's cap. Not that he was the only one who was behind it. But he certainly can claim credit for it in a way that none of these other candidates for the Republican nomination can," Beck said.

In a statement, DeWine's Campaign Manager Brenton Temple said, “Since the day he was sworn in, Mike DeWine has been fighting, and winning for Ohioans. The DeWine-Husted administration has passed record tax cuts, made historic investments in education, and landed the largest economic development project that Ohio has ever seen. I’m confident that Ohioans will reward Mike DeWine with a second term.”​

One thing that could derail DeWine before or after the primary is the House Bill 6 investigation. Former Ohio House Speaker Larry Householder's trial could begin as early as the fall. FirstEnergy admitted to bribing Householder and former PUCO chair Sam Randazzo with $60 million to pass a more than $1 billion taxpayer-funded nuclear bailout of two state power plants. DeWine signed the bill but has not been implicated by the feds.

And then there is a new poll done recently by the Democratic firm Public Policy Polling. With a margin of error of +/-3.9%, it polled 600 likely Republican primary voters. It shows DeWine's approval rating at 40%, his favorability at 36% and only 25% said they would vote for him in the primary over a candidate endorsed by Trump. 55 percent say they prefer a Trump-backed candidate.

"I knew there was division among Republicans in terms of their perceptions and evaluations of Governor DeWine. This shows that it's deeper than I think I would have anticipated," said Beck.

PPP's poll has DeWine's lead over Renacci within its margin of error, but more than a quarter of voters remain undecided. Meanwhile, 44% of those that were asked say they would support a conservative-leaning independent candidate over the governor if he were the Republican nominee.

"Mike DeWine needs to be careful, and the reason would be that in a midterm primary with incumbent candidates, typically you see pretty low voter turnout. But if you have a part of this party that Trump supporting Republicans that are upset that want to see Mike DeWine replaced by a Trump supported candidate, that's where you're going to see an uptick in that turnout that could well threaten him regardless of what the polling is saying," Sutton said.

It all adds up to what could be a very interesting race for the top spot in the state's Executive Branch in November.