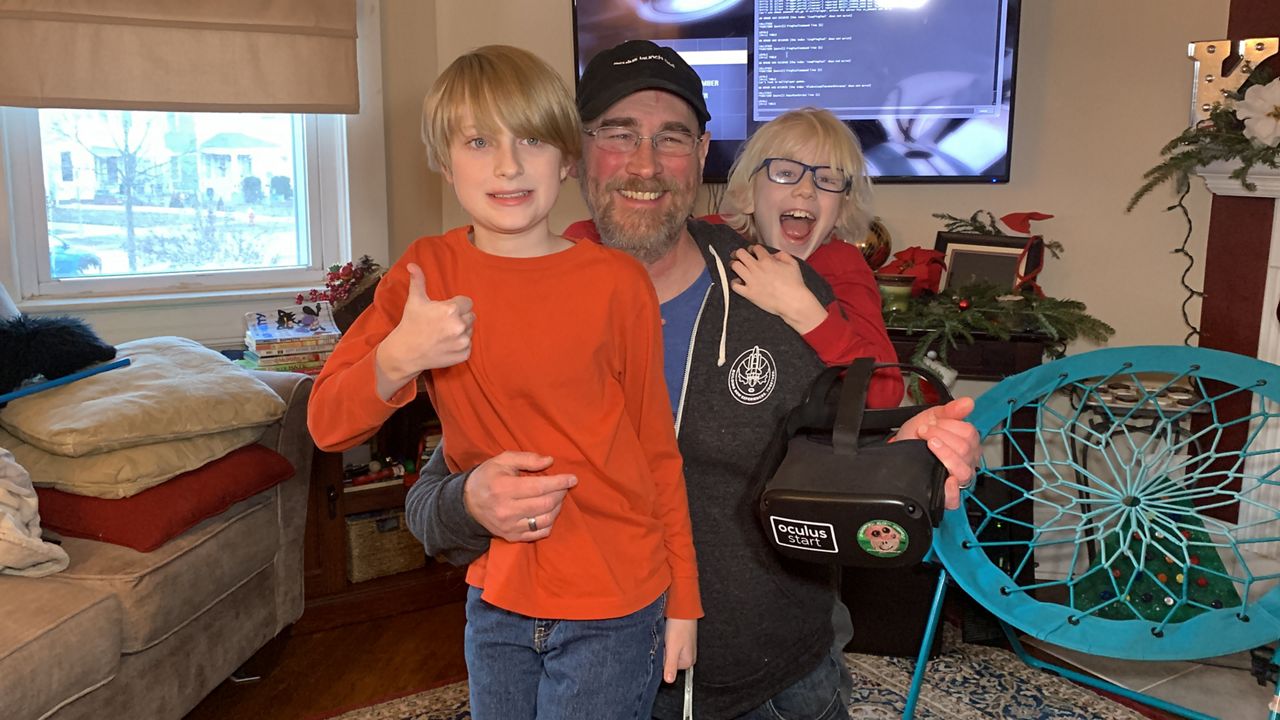 LAKEWOOD, Ohio — A dad from northeast Ohio is creating a kid-friendly virtual reality game based off drawings from his son, who is on the autism spectrum.


Like many kids, Nathan Kildren loves technology and so does his dad, Thomas Kildren. Kildren is a stay-at-home-dad and virtual reality gaming has become part of his and his son’s every day routine.

Their favorite VR game is called “Booper, Get Home!” It’s about a kid who goes to the park one day and gets lost. He goes on an epic adventure to get home. The best part about the game is that Kildren created it himself.

“As soon as I tried VR, I realized that this is something I have to develop,” said Kildren. 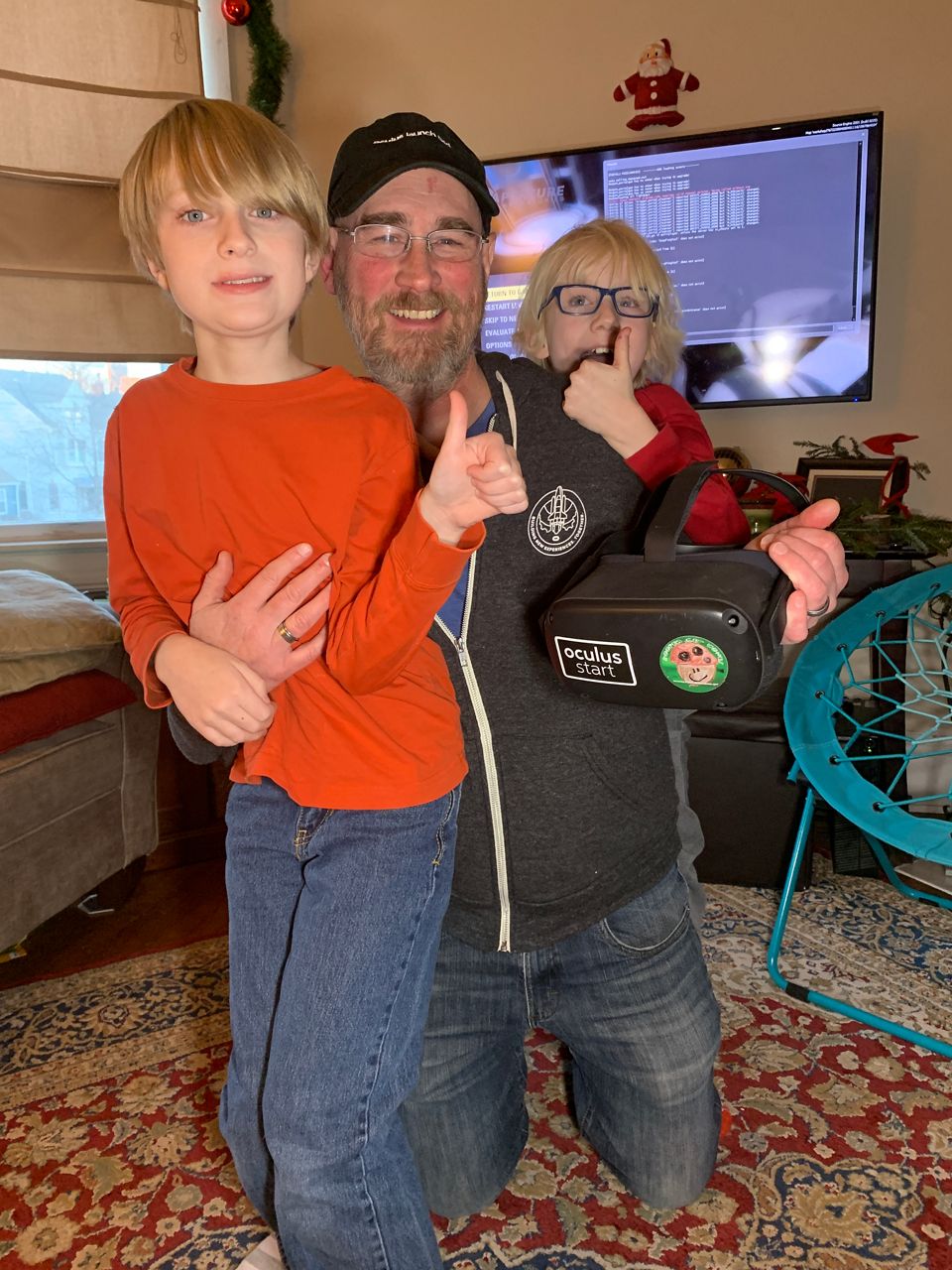 (Kildren with his two sons, Nathan and Seth)

Nathan is on the autism spectrum and loves art. “Booper, Get Home!” is based on Nathan’s many drawings. You can watch a trailer of the game here.

“I have a stack of sketchbooks, 18 by 24, that's about yay high that he has filled,” said Kildren. “I'll take his scribbles and I'll use that as the basis for like the dirt or the grass or the mountains and things like that. And obviously, all the characters, all the buildings, the plants, everything else is something that he drew.”

“Booper, Get Home!” is his first game. It’s unreleased but already has won awards.

“I got an award at GDEX this past September for the best music and sound design. And at the Cleveland Gaming Classic, an award for most creative,” said Kildren. “I wasn't very good at sports, I wasn't the best at academics, so for me to start getting awards this late in life, it's quite thrilling.”

Kildren has big plans for the game if it takes off, including giving back to autism charities.

“I'd like part of the proceeds to go to autism awareness and acceptance,” said Kildren. “And if the game really takes off, I'd really like to create a companion app so parents could use their smartphone, take a picture of their own kids' drawings, and the app would cut rig and animate it so a kid could play their own drawing in game.”

And if the game goes no where, it is a bonding experience for him and his sons.

“In 20 years, my kids could pull out the old VR headset and dust it off and say, 'Hey, me and the old man, we made this together,'” said Kildren.

Most virtual reality games out there now revolve around shooting, survival or sports; there aren’t many appropriate for younger kids. In “Booper, Get Home!” there’s no combat or fighting. Instead, the game inspires young children to use their imagination while also bringing in an element of education. 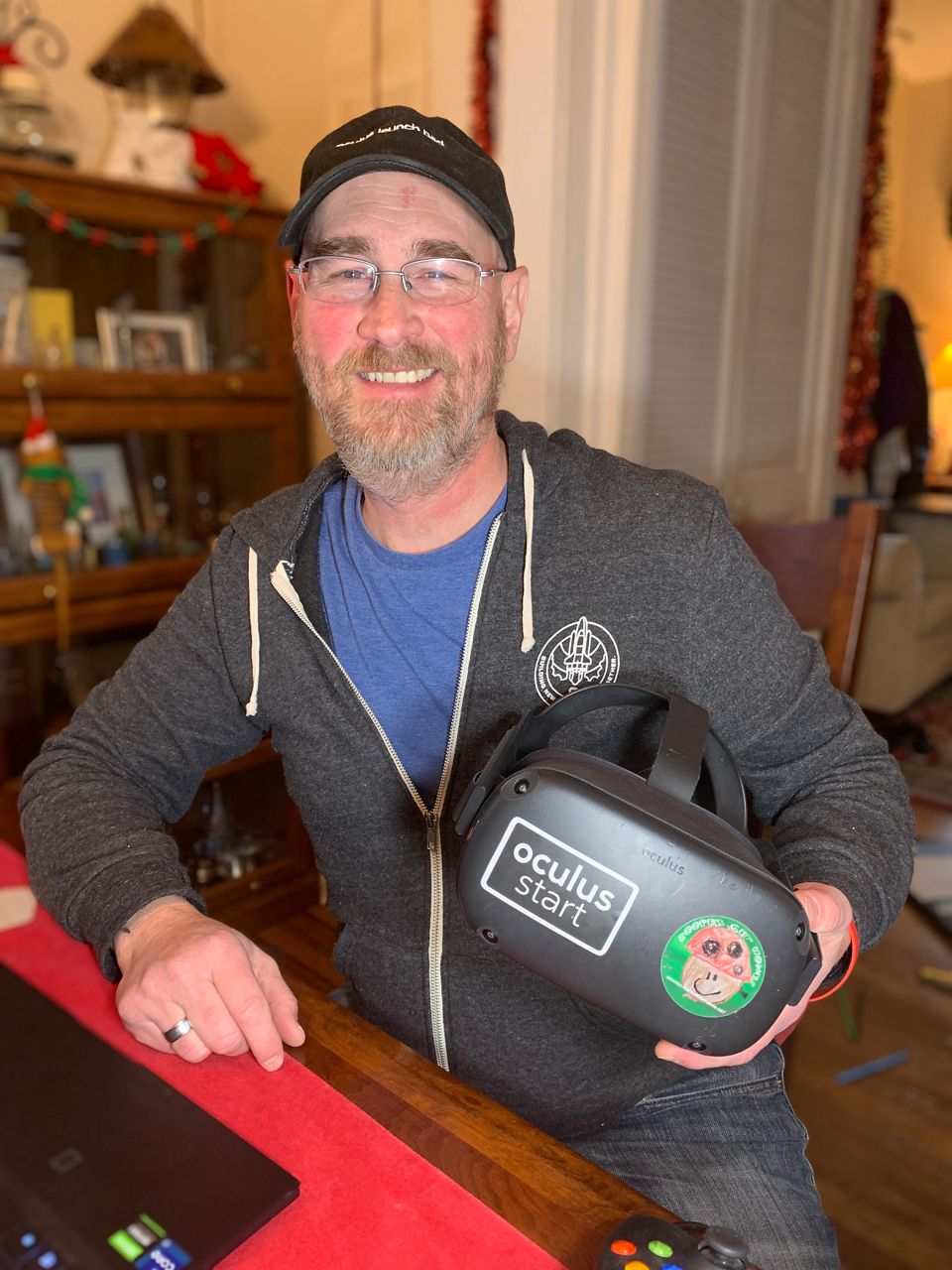 Kildren hopes the game will bring positive change, not just in the alternate world it’s played in but in the real world we live in.

“I'm hoping that this sort of creative effort will help other families just draw together to help bring people together,” said Kildren.

Kildren is currently looking for angel-round investors. He needs support and funding to finish and promote the game. He’d love for Fletcher Studios to grow from an independent studio to a micro-studio.

“Certain things like my companion app, I'm going to need to hire people smarter than myself in order to finish that,” said Kildren. “And obviously just people to help with the heavy lifting as far as game development goes, composers, people who can, you know, test my game to make sure that it works properly, people will give me feedback about oh, this is boring and dull, this is way too intense and exciting. And just to help make it the best product I possibly can.”

For more information about the game, you can visit here.