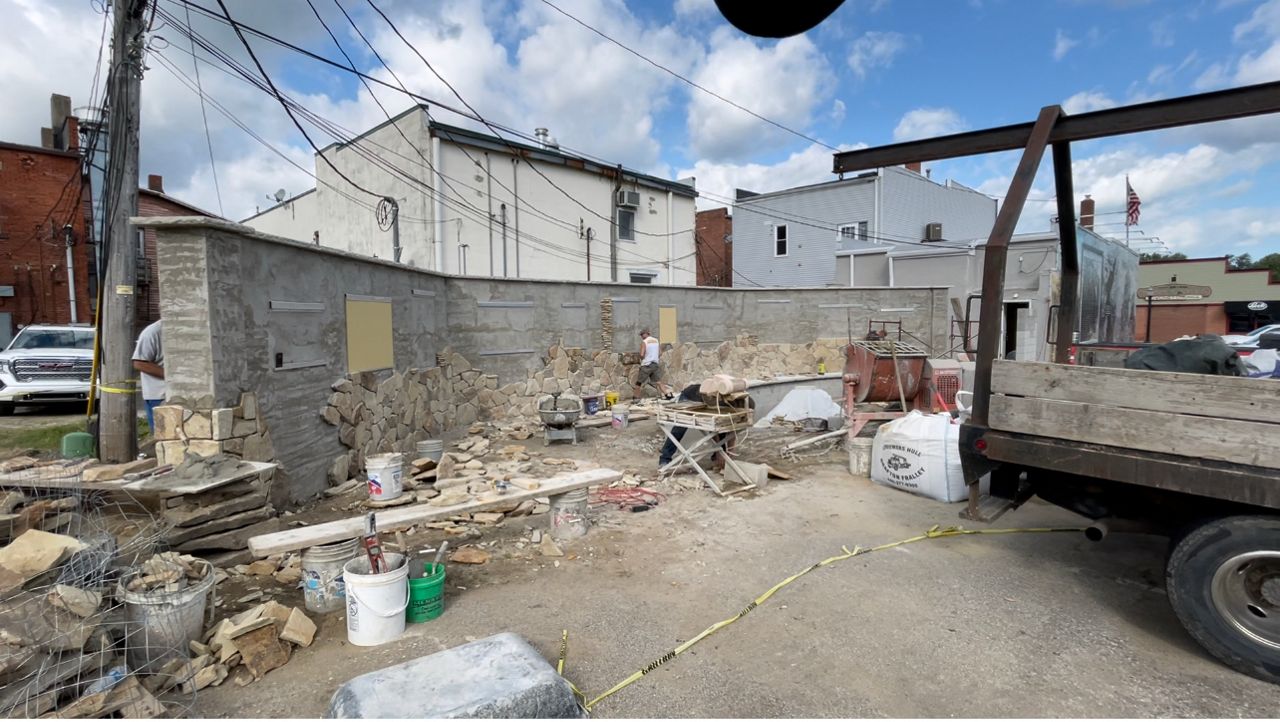 AMHERST, Ohio — Just in time for Veterans Day, a new monument is being constructed to honor the U.S. military members who served and defended their nation.

A new memorial park has begun to take shape in Amherst.

"We want to bring back some respect to our veterans and the people serving in our military," said John Sekletar, a Vietnam veteran.

Patriot Park has been a labor of love for John Sekletar and his family. They've led the charge during the past 10 years to create murals that honor veterans.

Sekletar's passion for the military has only grown since he returned from the war.

"I thought it was a great experience,” he said. “Unfortunately, during the time I served, in the Vietnam era, it wasn't quite a great thing, because when we got back from overseas or Vietnam, we didn't get any respect from the people who were protesting.”

Veterans, like John Bokulich, who served in the Navy during the Vietnam War, have also supported the memorial project.

"I think it's good too for the young children,” said Bokulich. “We have several schools coming in on Veterans Day. They get to see what it's about, why we have our freedoms and why we should always be thankful for our freedoms.”

There will be an unveiling ceremony on Veterans Day, Nov. 11.

Sekletar said he believes that without the generosity from his town, the $40,000 Patriot Park project would not have been possible.

"We have a great community,” said Bokulich. “I’m very proud what we can do here and to continue the mural wall that was a great adventure in itself.”