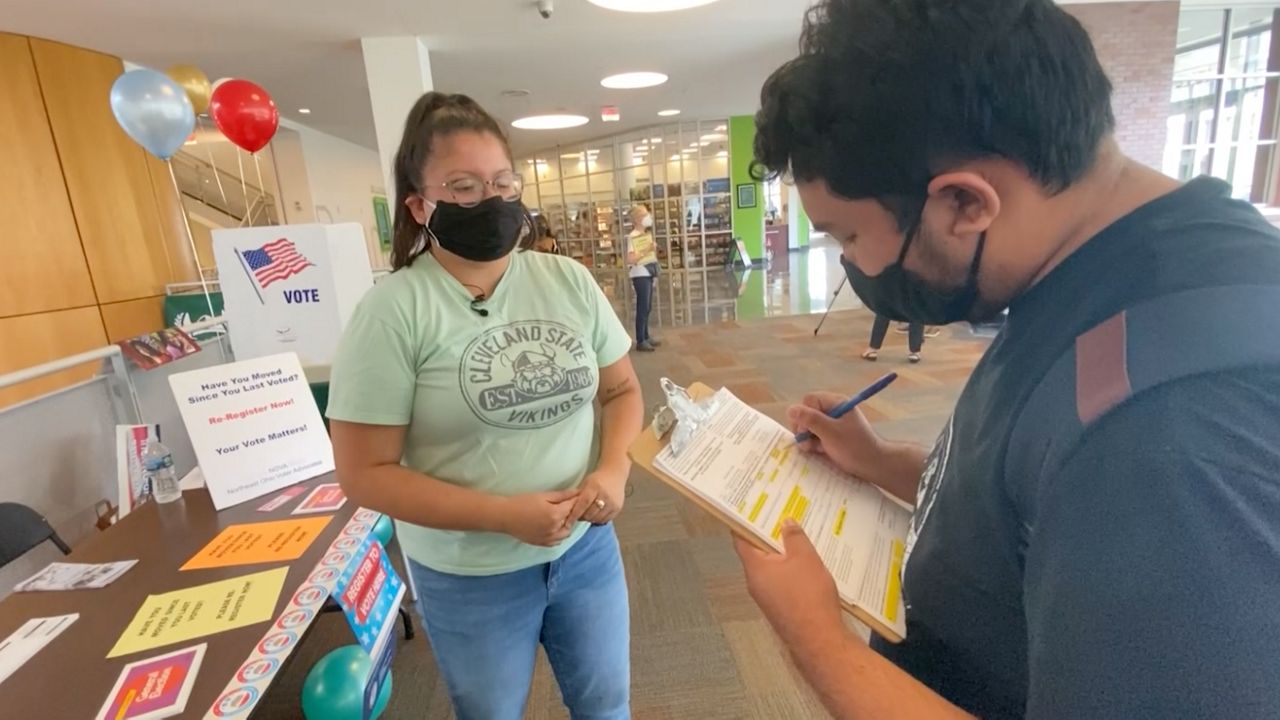 CLEVELAND — As voters in Cleveland get ready to elect a new mayor, the city’s largest college has an office full of students and staff trying to curb traditionally low turnout numbers.


As the students pass through the rows of tables inside of Cleveland State University, Gabriella Pridemore is getting a sense of fulfillment.

“I feel like I’m helping students exercise their right. I feel like just being at the front at the head of this movement, it’s majorly important on campus,” said Pridemore.

The clinical counseling grad school student is helping students on campus register to vote. She picked a very busy spot to do so.

“Whenever we do this, we hope to get the max amount of students as possible. This area is very possible for students coming from and to building to building,” said Pridemore.

She started off as a tutor with America Reads while she was an undergrad. Now a graduate assistant, she’s asked the same question of many.

“Are you guys registered to vote?” is a common question.

She goes from student to student, trying to get them engaged.

Freshman Ethan Horaseck is one of the students she’s tracked down. Just 18, he registered to vote in his first election within a matter of minutes.

“I meant to a while ago but didn’t get the chance, so right place right time,” said Horaseck.

She heads outside with Anita Ruf-Young, the director of the Office of Civic Engagement. The office is making an effort to engage young people ahead of the mayoral election in November.

He said one method involves asking every student possible the same questions. Out and about, and not behind a desk.

“The more people we can get out into the trenches with the students and meet them where they are, the better chance we have of getting them engaged and actually voting. Not just now, but into the future,” said Ruf-Young.

Pridemore hopes the efforts lead to more students getting passionate about exercising their right to vote.

“When I first started college, I was not really about voting. I didn’t have much knowledge about voting and now that I do, I just want to help others get that same knowledge and education about voting,” said Pridemore.

Residents have until the end of the day Monday to register for the Nov. 2 election. Early voting starts Tuesday.