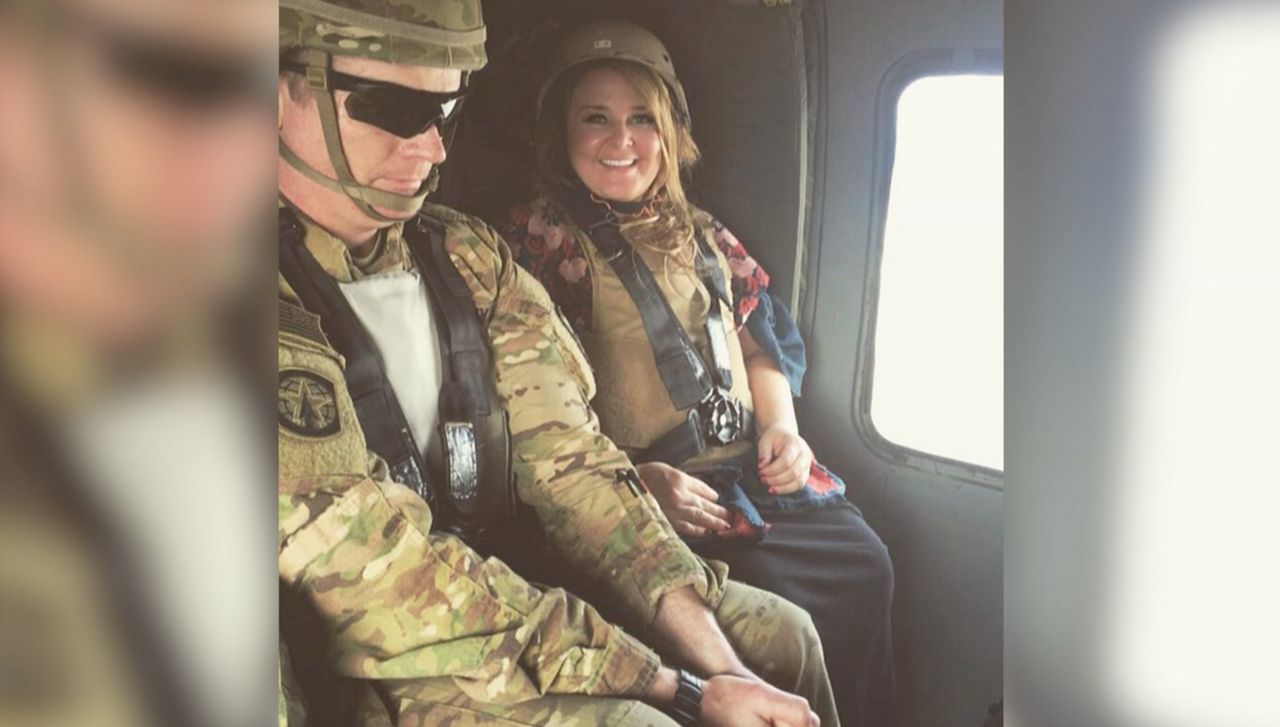 CLEVELAND — A northeast Ohio native and gold star wife has stepped up to help Afghan refugees who will need help getting settled in their new homes across the United States.

Afghanistan has a special place in Jane Horton’s heart.

Her husband, Army National Guard sniper Christopher Horton, was killed Sept. 9, 2011. His life and legacy inspires the work she does each day to advocate for military members, their families and Afghan allies.

Shortly after his death, Jane Horton moved from northeast Ohio to Washington D.C. and has worked in several roles including a senior advisor in the Office of the Secretary of Defense, Personnel and Readiness and serving as military liaison for the embassy of Afghanistan in Washington, D.C.

“It’s been the greatest honor of my life to be involved with and work with our American heroes and those that are willing to fight, bleed and die for me,” she said.

Her sixth visit to Afghanistan took place in June, just months before the planned withdrawal of U.S. troops, announced by President Joe Biden in the spring. The decision prompted Horton to spring into action to try and support the thousands of refugees fleeing the country in search for a fresh start.

“I have many friends that I've helped get out in the past couple of weeks,” she said. “They're like, ‘I know an American, so I'm going to be okay,’ and I’ve had multiple requests for people to help and get involved so that's why I started just the fund to help people.”

Horton’s online fundraiser Emergency Fund for Displaced Afghan People has raised more than $15,000 in two weeks. Some of the funds will help her Afghan friends that she said are more like family.

“This will go directly to them to help them with their needs they have as they get resettled and are welcomed into the United States or wherever they end up. Most of the ones that I know are coming here,” Horton said.

For some refugees, resettlement will take place in Cleveland, which is one of 19 cities on the list of resettlement locations for Afghan refugees through the Special Immigrant Visa program. Horton is proud that her home town will soon be home to Afghans that have risked their lives to help her husband and other military members.

“I’m very proud of Cleveland,” she said. “My whole family's still there, it's still my home, my heart is still there and I’m grateful to the people for welcoming so many people from such a wonderful country who have been through so much.”