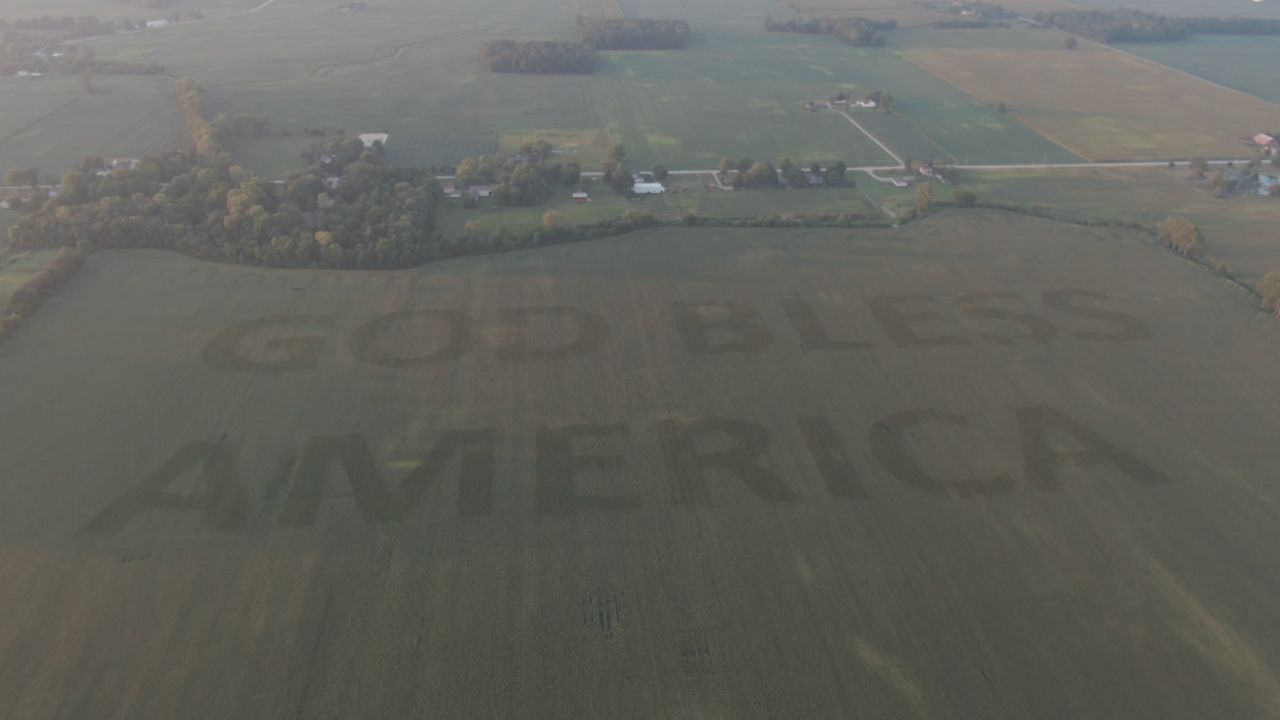 BROOKVILLE, Ohio — Wilbur Meyer, a soybean farmer and owner of DEM Farm Holdings of Brookville, Ohio, is no stranger to putting new computer technology and farming equipment to the test.

In April, Meyer had the idea to plant crops in the shape of a mural with two big messages — a tribute to the fallen first responders and victims of Sept. 11, 2001.


One part of the mural spells out "God Bless America" while the other shows "Never Forget, 2001-2021" with the American flag behind the words. 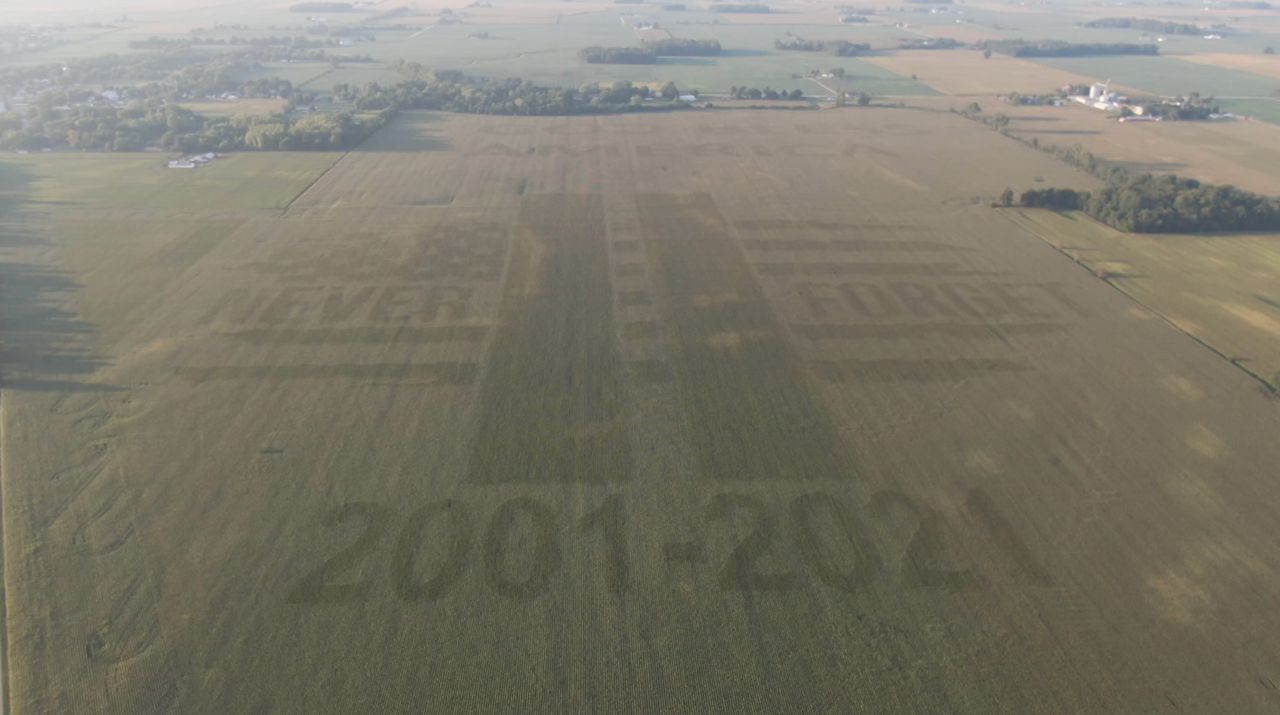 Crops spell out "Never Forget" across the farmland.

With a project that extensive, Meyer called in his friends Grant Davis and Dave Kress to help with everything from design to corn variety. It's an intricate process with little room for error.

“These plants change. I mean you look behind me back here in the corner and this is all one hybrid and you'll see yellow corn plants, dark green corn plants and we're trying to do something that no one's ever really done because those clutches in there are flipping in and out as he's going across, so if he's planting five miles per hour one way, and come back say ... just say four and a half, you're going to see that variation in that picture across the field,” said farmer Kress. 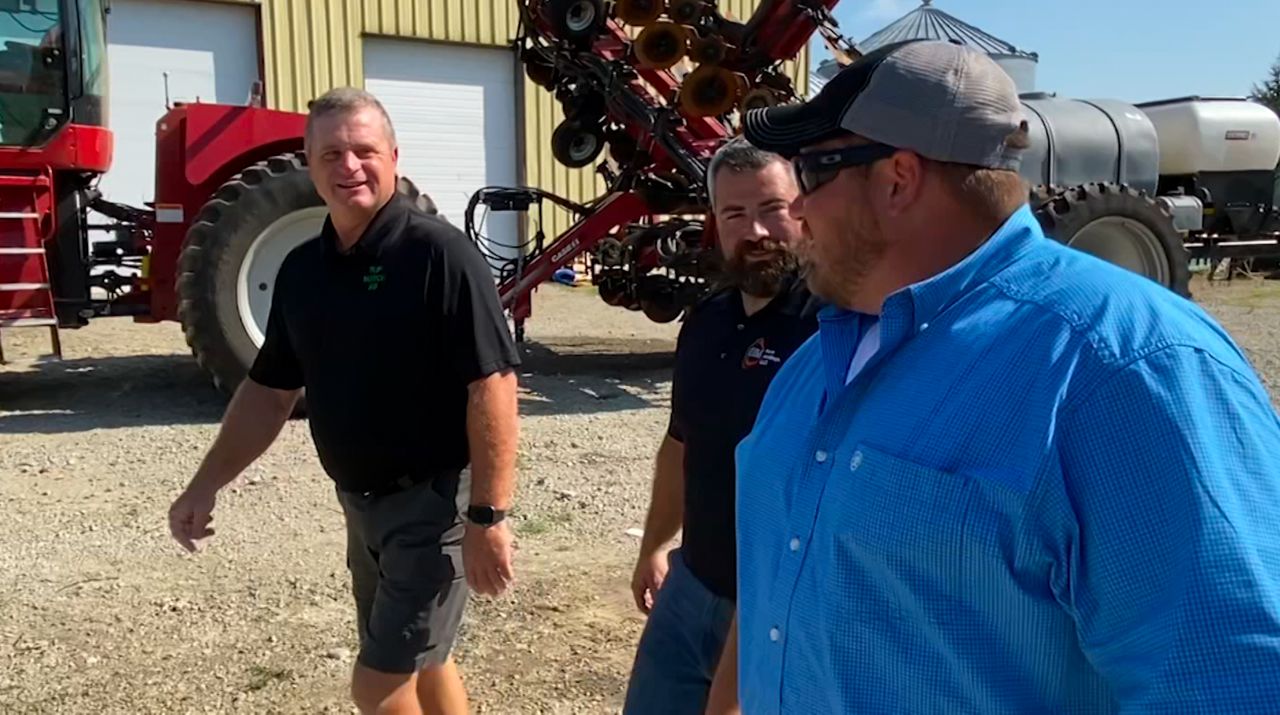 Harvest time is coming soon, but what was planted in April still gleams today.

Meyer said for folks who see his design from the sky or online via a viral picture he hopes we all remember the sacrifice of our nation's bravest.

“I want them to think about back then, you know what happened afterward. The country came together as one nation. Don't forget the people who have lost their lives in that tragic accident, between the Pentagon, the towers, the flight that went down in Pennsylvania. Remember all those people,” said Meyer.

This year marks the 20th anniversary of the attacks, which killed nearly 3,000 people between New York City, Washington D.C. and Shanksville, Pa.