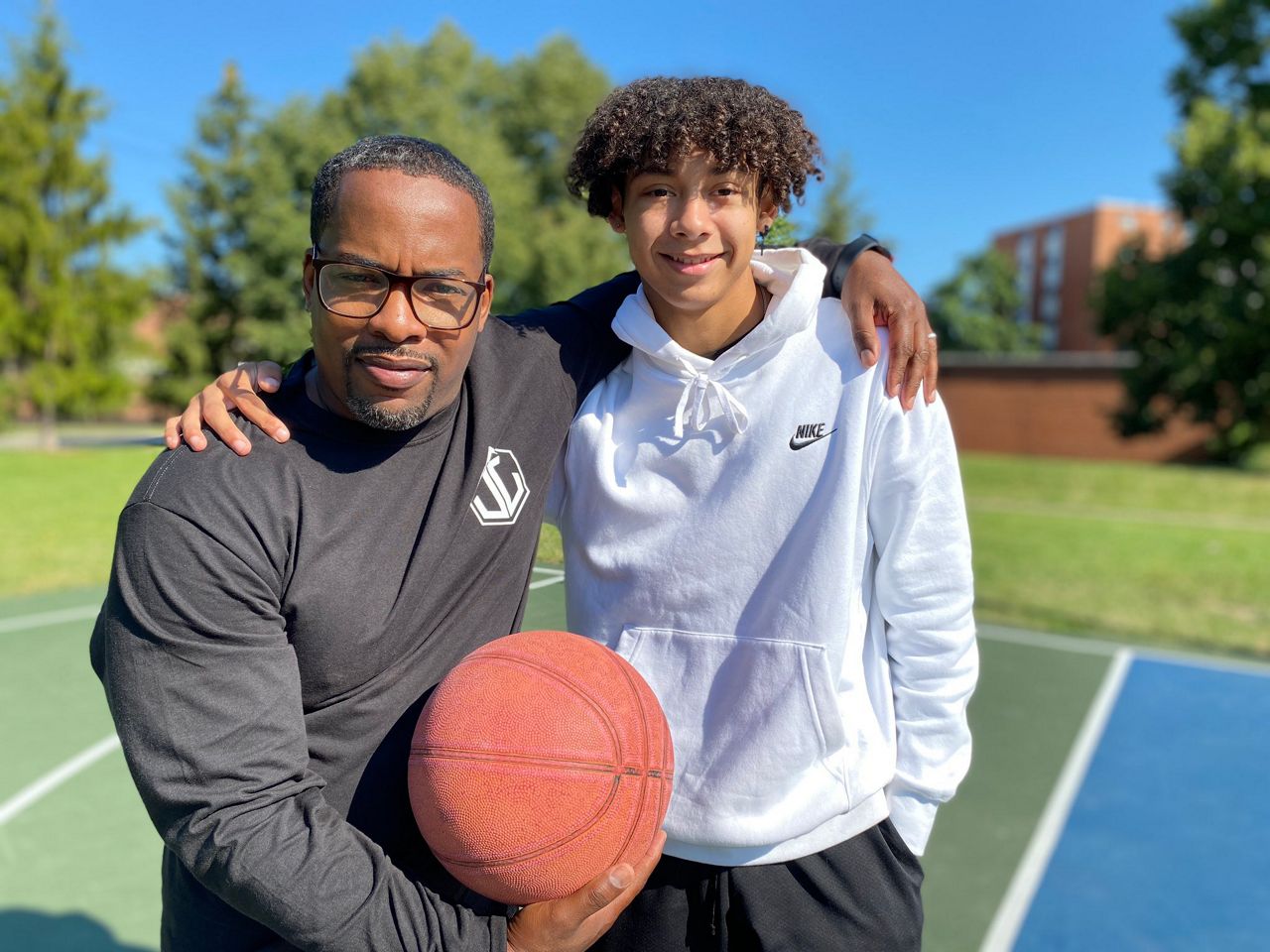 More than 20 million children live in a fatherless home and millions more have a physically present father who is emotionally absent, according to the National Center for Fathering.

There's a local effort to change that. The Joshua and Caleb Leadership Center is a faith-based nonprofit in the Cleveland area that aims to provide father figures to unfathered and at-risk youth.

Sports can be a great connector. After all, it works for Brandon Southgate and Doug Thornton.

(1/2)According to @NCF4Dads, more than 20 million kids live in a fatherless home & millions more have a physically present father who is emotionally absent. There’s a faith-based org. in Cleveland that aims to provide father figures to unfathered & at-risk youth. @SpectrumNews1OH

Basketball helps 17-year-old Southgate bond with Thornton, who he has only known for about two years.

“Me and him have really kicked it off now that I’ve gotten to know him more," Southgate said.

The mentor and apprentice met through the Joshua and Caleb Leadership Center.

Southgate said the two have become much closer over the years. Thornton said he has the wisdom gained through many of the pitfalls in his own life, pitfalls Southgate may be able to avoid if he listens to him.

According to JCLC, three out of four children in Cleveland don’t have a present or engaged father at home, and that can lead to other issues like substance abuse or kids dropping out of school — some even end up in jail.

“City’s just missing love, and you got a lot of kids looking for someone to care for them," Thornton said.

Southgate said it's been a great experience, having Thornton around and knowing someone is there for him.

The goal of the nonprofit is to change that statistic through genuine relationship building, which starts by pairing up people like Southgate and Thornton.

“When my phone rings and I see it’s Brandon on the other end, I get excited because it’s hard to talk to teenagers sometimes and to know that he’s purposefully choosing to call me; I’m anxious to answer it if I can," Thornton said.

Thornton thinks of himself as more of a big brother than a father figure. He’s got two daughters of his own.

“If somebody is in need, you should, and you have the time or resources to help, then you should," he said. "It doesn’t matter if I have 20 kids if I believe I can help someone else than I will."

For Southgate, it’s just nice to know someone cares and is there to listen.

“He’s really helped out a lot anytime that like, in hard points of my life, where I was struggling," he said.

The organization is biblically based. Southgate and Thornton say that bringing each other closer to their faith strengthens their relationships with each other and God.

“I feel like Doug is really somebody that I can go to a lot," Southgate said.

The point is to break the cycle of absent fathers and to end the negative ripple effects a broken home can cause by teaching kids like Southgate how to be leaders.

This experience has inspired him to want to pay it forward.

“Helping out other kids just like others have helped out me just kind of repaying that back and being a light to other kids," Southgate said.

JCLC aims to live by this translation of Psalm 82: “We are here to defend the defenseless and make sure the underdogs get a fair break.”

The Joshua and Caleb Leadership Center officially opened in northeast Ohio in 2015.

Pastor Jerry Mitchell founded the nonprofit. He’s a husband and father who saw a problem and felt compelled to give back to his community.

“I’m not trying to fix kids or save them or indoctrinate them or make sure they believe the way I do," he said. "I just want to love them."

The mentor and apprentice program includes daily Bible readings, a weekly connection between the pair, academic support, and monthly team nights and gatherings with all of the other kids and adults so everyone can bond and form a community.

And it’s not just about at-risk boys who need dads. Girls and women are also part of the nonprofit.

Mitchell's son was Southgate's first mentor through the program, so he's been part of it from the start. Mitchell says the interview process is thorough to become a mentor for these kids because it’s vital the adult in their life is responsible, secure and safe.

“My wife is a clinical social worker, she's on staff with us. She's educated in childhood trauma. She's my go-to research person. And one of the number one ways of helping a child get out of poverty is just one adult mentor, one adult who has a genuine interest in a young person," said Mitchell.

JCLC says there are lots of local children in need of stable father figures, but not enough adults are stepping up to help. There are currently about 15 children waiting for mentors.

If you or anyone you know is interested in becoming a mentor, click here to learn more about the program.