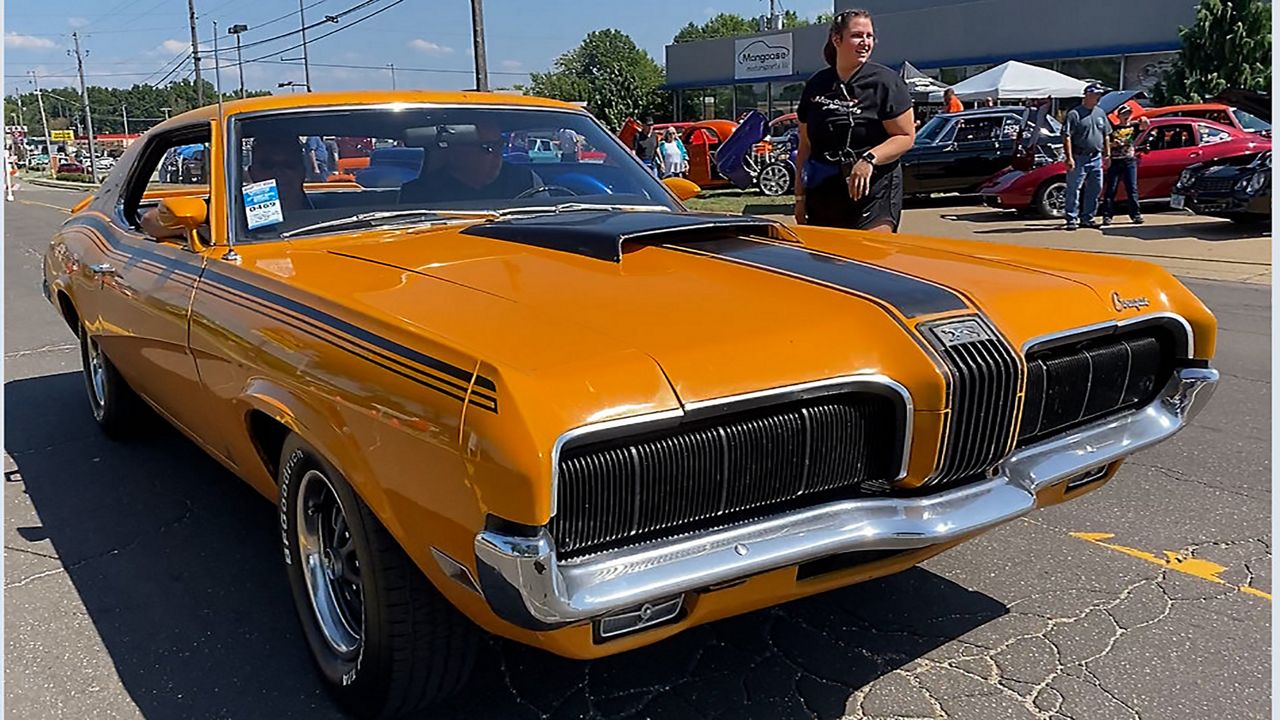 RAVENNA, Ohio — An annual event in northeast Ohio is rolling past the pandemic, which claimed the life of its founder.

The roar of engines echoed through the city for the 2021 Ravenna Cruise-In.

She’s been a part of the car show since it’s start in 2014. That’s because her dad started it. But, he’s not helping steer this year’s event.

“It was a little rough this morning,” Carlee said. “It definitely stinks not having my dad, Gary Krause, here.”

He passed away in October.

“But, we’re gonna get through it, all of us together, and we’ve got so many people who are here to support us and have come from out of state to support us,” she said. “So, that has definitely helped get through today.”

Her mom, Tricia, has taken over what she said has become northeast Ohio’s biggest car show.

“Honestly, I didn’t know how much work it was because my husband did a lot of it,” she said. “I helped him, but he did a lot more than I realized he did.”

This year’s Octane Nights event was a way to honor her late husband.

“We could only have 10 people in the funeral home at a time,” Tricia said, getting emotional. “So I didn’t get to give him…”

Now, people like Andy Adamovich are paying their respects through their shared passion.

He took his 1973 Mustang convertible out for a spin at the event.

“I left the 67 at home because I knew it was gonna be a situation like this where it was gonna be real hot, so with the convertible I think we’re in better shape,” Adamovich said.

Meanwhile, folks like Frank Armon camped out along Main Street for hours. Armon traveled into town from New York and said he’s been to every cruise-in but the first.

“It’s real important today that people come together and enjoy stuff,” he said.

“It’s got a supercharger on it and an injector,” Armon said. “And it runs on alcohol.”

He said when he starts the car, the sound catches people’s attention.

“The car’s got a unique sound, so people gather around when you fire it up,” he said. “They like to hear it.”

Law enforcement officials blocked off a quarter-mile stretch of road in front of Mongoose Motorsports for the event. The area had to be extended to a full mile to accommodate more vehicles.

Even so, Adamovich had a tough time finding a spot.

More than 3,300 vehicles showed up to participate in the free show, setting a record for the event.

“Just to share the thrill with everybody,” Adamovich said. “See what everybody’s doing with their cars, do a little showing off.”

Nearly 15,000 attendees came out to check out everyone’s set of wheels, setting another record. That’s more than the roughly 11,000 people the U.S. Census recorded as the population of Ravenna.

An extended family of friends have come together to keep Gary Krause’s memory running.

“He was a good, honest man,” said Tricia. “And this show was his baby. He was so proud that it had brought such a crowd, you know?”

Thanks to the community’s support, this year the event also had a record number of volunteers and a sponsor for the first time.