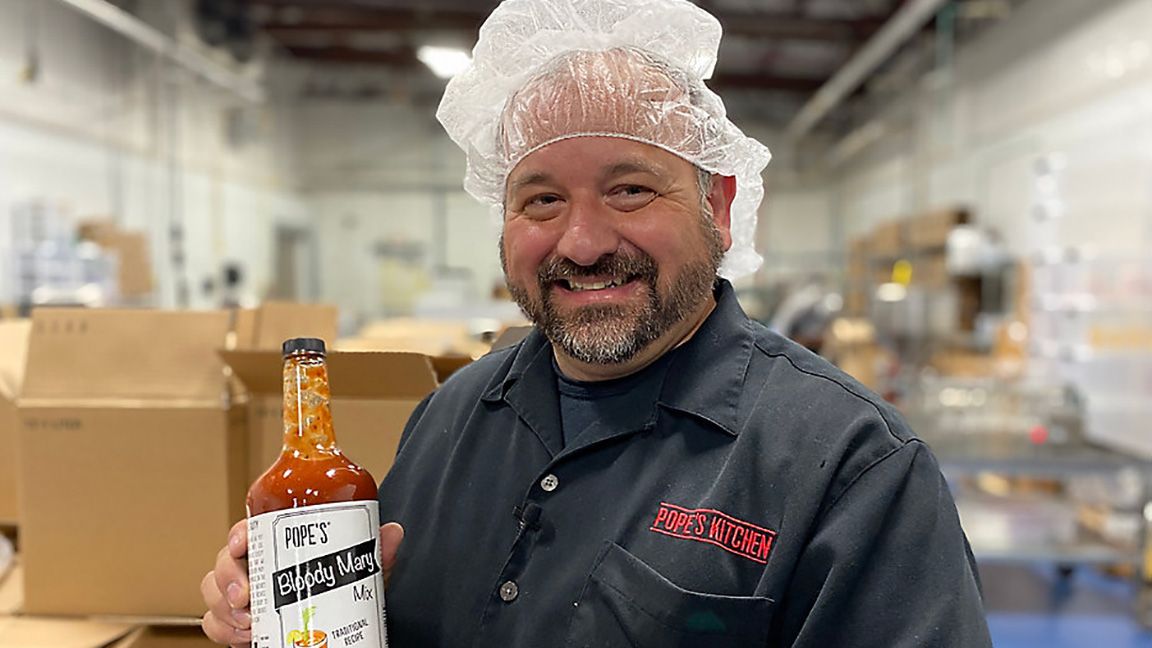 'Pope's Kitchen' expands to 'Pope's Cocktails': 'It’s a privilege to be able to chase my dream'

CLEVELAND — There are a few things you should know about Clark Pope.


“The one thing I’ve definitely learned above all else: Nothing happens in a vacuum," he said.

He is passionate about food, learning and history.

Much of his life has been a journey of searching for a way to incorporate all of his interests into a career.

“I consider myself very fortunate that I was able to make what is my passion also my paycheck," said Pope.

As Clark Pope of @popeskitchen would say - these hairnets are bringing sexy back. I’ll share his journey from corporate food, to teaching high school students, to now running his own all-natural sauce and cocktail business on @SpectrumNews1OH. pic.twitter.com/SWSFKFLw3R

“I also find it very refreshing," he said while taking a sip of one of his creations.

Pope’s Kitchen began small as a catering business in 2000, which eventually turned into him creating specialty homemade barbecue and hot sauces.

“So, I added bourbon to 'Burning River' and in a fit of creativity I called it 'Whiskey River,'” said Pope.

“I’m very excited that I’m the first resealable pouch with a spirit in the United States,” said Pope.

Pope said his story is as much about him, as it is about the people who helped him get here.

“Have I mentioned how wonderful and patient my wife is?" he said.

For years he worked in the corporate food world. He later became a high school teacher, and Pope went all-in with Pope’s Kitchen about seven years ago.

“This has been more of a hunt, and I do feel very fulfilled. I love what I do," said Pope.

He prides himself in keeping it simple, by using local all-natural ingredients.

Pope loves being part of the Central Kitchen Food Hub in Cleveland. The workers and equipment are shared with other small businesses.

His products are sold online, at events and can be found in grocery stores and restaurants.

Everything is made, bottled and labeled at the Food Hub and it’s a true team effort.

Running a small business can be challenging, but for Pope, the work is well worth it.